KBS 2TV’s “My Fellow Citizens” has revealed its official posters!

“My Fellow Citizens” is a comedy crime drama about a con artist named Yang Jung Guk (played by Super Junior’s Choi Siwon) who somehow gets married to a police officer named Kim Mi Young (played by Lee Yoo Young). After being swept up in various incidents against his will, he finds himself running for a seat in the National Assembly.

On March 20, the upcoming drama revealed two posters of its leads that hint at their unusual situations and complicated relationships. The drama previously piqued viewers’ curiosity with its amusing teasers, which depicted the married life of a con man and a police officer.

Like the fierce police officer she is, Kim Mi Young holds up a fist in her poster, while Yang Jung Guk is caught in his wife’s headlock and makes a comical facial expression. The two of them are bound together by a pair of red handcuffs, with the caption reading, “Not a con, but… love!” 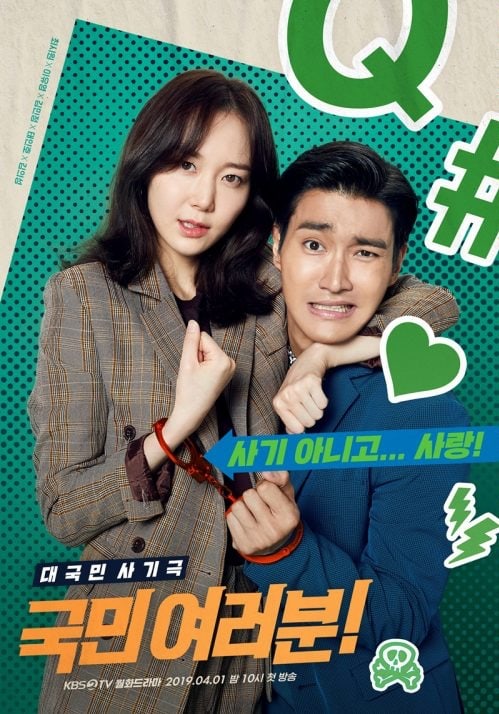 In the second poster, veteran con artist Yang Jung Guk comes face-to-face with private moneylender Park Hoo Ja (played by Kim Min Jung), a woman that he fears more than his wife. Yang Jung Guk looks nervous and holds his hands up as Park Hoo Ja points a gun at his head, asking threateningly, “Do you want to pull a con, or do you want to die?” The poster highlights the dangerous relationship between these two leads. 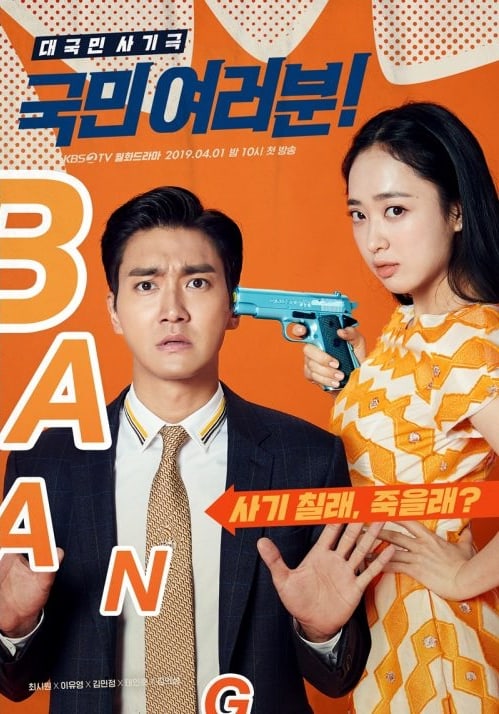 “My Fellow Citizens” premieres on April 1 at 10 p.m. KST and will be available on Viki. Check out the latest previews here!