“Spring Night” is about a man and a woman who meet one spring night and their heart-fluttering romance as they head towards love. It is the second collaboration between director Ahn Pan Suk and writer Kim Eun, who previously created hit drama “Pretty Noona Who Buys Me Food.” Director Ahn Pan Suk also directed popular dramas such as “Secret Love Affair” and “Behind the White Tower.” 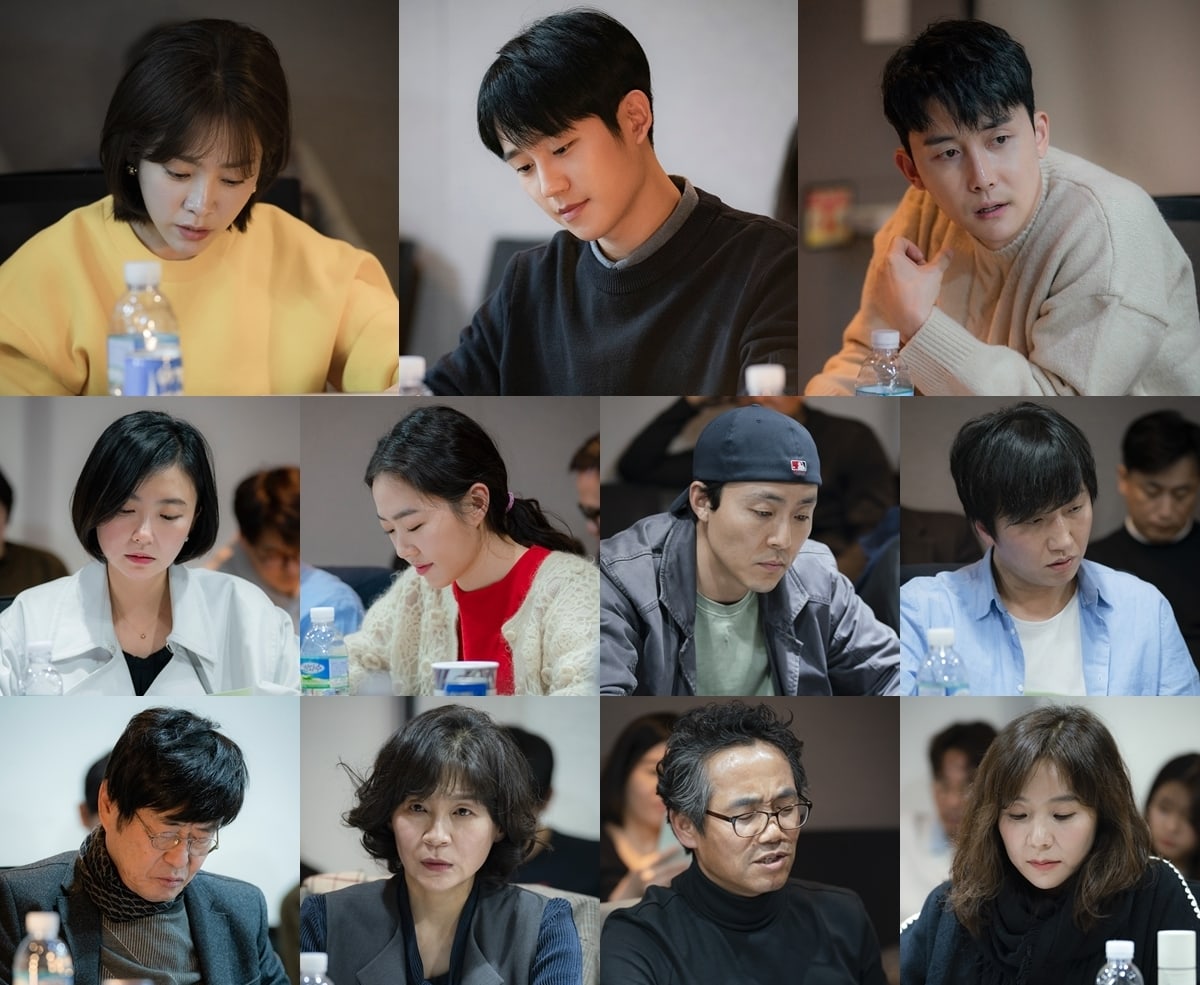 Han Ji Min, who plays the local librarian Lee Jung In, filled the script reading with laughter with her lovely energy. She showed her professionalism as she conveyed the small changes in emotion of her character.

Jung Hae In, who plays pharmacist Yoo Ji Ho, brought his character to life with his mature voice and magnetic gaze. Filling his character with emotion, he evoked his character’s charms.

Kim Jun Han, who plays Lee Jung In’s boyfriend Kwon Ki Suk, perfectly pulled off the role with his affection for his on-screen girlfriend as well as his various tones and expressions. The director praised him saying, “It feels like you’ve been dating for 20 years.” Joo Min Kyung, who plays Lee Jung In’s little sister Lee Jae In, used her energy to bring out the robust charm in her character. 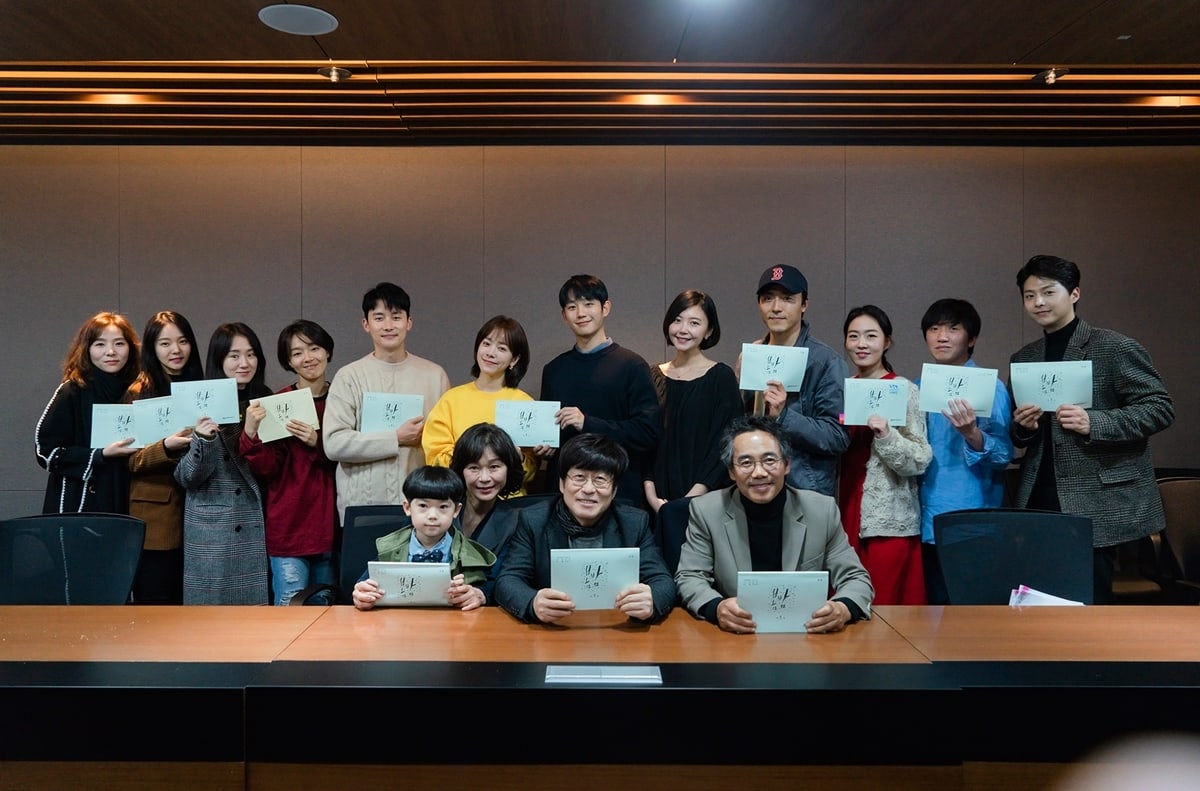 Amidst the script reading, the director shared, “Hearing the rehearsal, everyone was flexible and did well, so I feel relieved. You did it well and realistically.”

“Spring Night” is slated to air its first episode in May.