“Save Me 2” is about a village driven into a corner, a false faith that saves it, and a man who stands alone to oppose that faith.

Uhm Tae Goo read for the role of Kim Min Cheol, a formerly up-and-coming judo athlete who ends up in prison due to his inability to ignore injustice. When he is released and returns to Wolchuri, he becomes suspicious of never-before-seen out-of-towners that wander the village and confronts the faith that everyone thinks is real. Chun Ho Jin perfectly portrayed Choi Kyung Suk, a mysterious man with an uncanny charm. 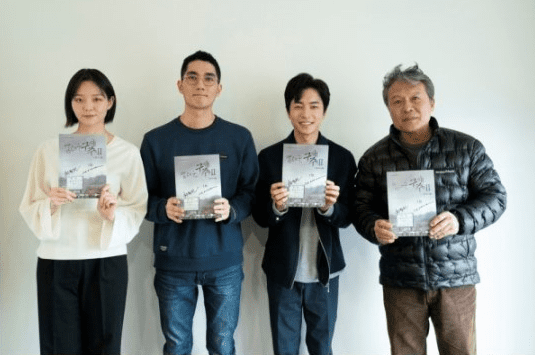 The supporting actors rounded out the cast. Jo Jae Yoon, who was also in the first season of “Save Me,” plays the role of the chief police officer, while Oh Yeon Ah takes the role of a suspicious daughter-in-law named Jin Sook. Han Sun Hwa will play Madam Go, the first love of Kim Min Cheol, and Im Ha Ryong will be the head of the village who concerns himself with all village affairs.

After the first script reading, the director said, “You guys are amazing. It’s more than satisfying because the scenes I had been imagining seem to be taking shape. As long as we continue like this, we’ll be fine.” The writer relayed her gratefulness to the cast, saying, “You’ve done so well that I have nothing else to say. Thanks to you, I think I will be able to write the script more easily. 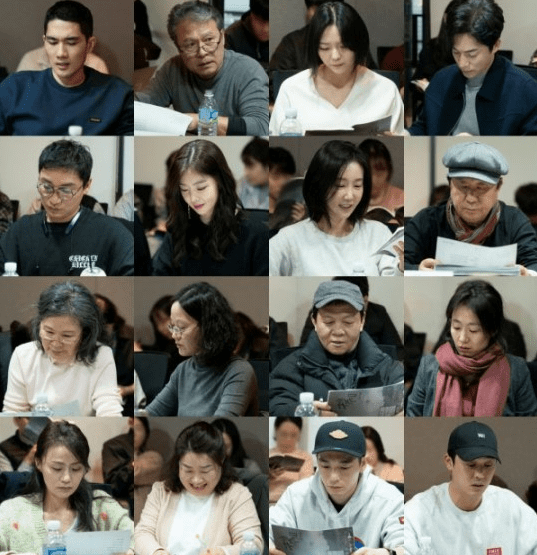 The drama also released a video of the first script reading where the actors introduced their characters. Uhm Tae Goo mentions his character Kim Min Cheol and said, “Although he appears rough and ruthless on the outside, he’s righteous and warm on the inside.”

Chun Ho Jin shared, “I’ll be taking on a character who is called by various names, such as Professor Choi and Deacon Choi. He is someone who can ruin someone else for his own greed.” Esom said, “I’m Esom, playing Young Sun. She is a character who desperately clings to a ray of hope in a dark reality.” Kim Young Min added about his character, “He is a character who prays, devotes, and volunteers for pitiful, poor, and ostracized people.”

“Save Me 2” will air sometime in May.