On March 21, the group held a broadcast on V Live and played a game again to determine who their third generation leader will be. Last August when Eunkwang was heading to the army for his mandatory military service, BTOB played a game where they spun a wheel to pick their next leader, and Minhyuk was chosen.

At the time, they also spun the wheel to pick their next “maknae,” which is the role that the youngest member in the group plays. In Korea, the youngest member of a group (including idol groups, social groups, etc.) is expected to assist the older members and treat them with some level of deference.

When BTOB spun the wheel in August to determine the new maknae, it landed on their original maknae Yook Sungjae, so nothing changed.

As BTOB celebrated their seventh anniversary on March 21, they picked a new leader and maknae, now that Minhyuk has gone to the military as well.

Things were slightly different this time, because they decided that when they spun to choose the new maknae, if the wheel landed on Yook Sungjae again, he would become their new leader.

The wheel hilariously featured a message supposedly from the group’s official leader Eunkwang: “Enjoy it while I’m gone. Enjoy it now.” 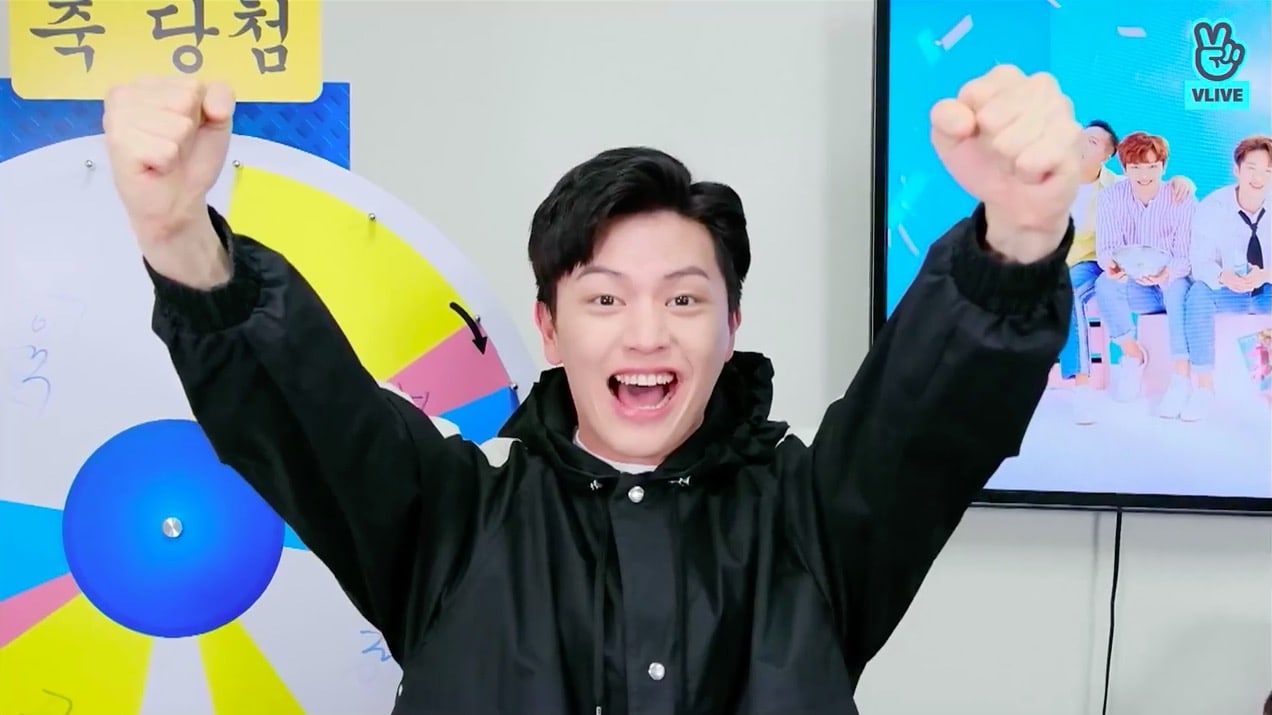 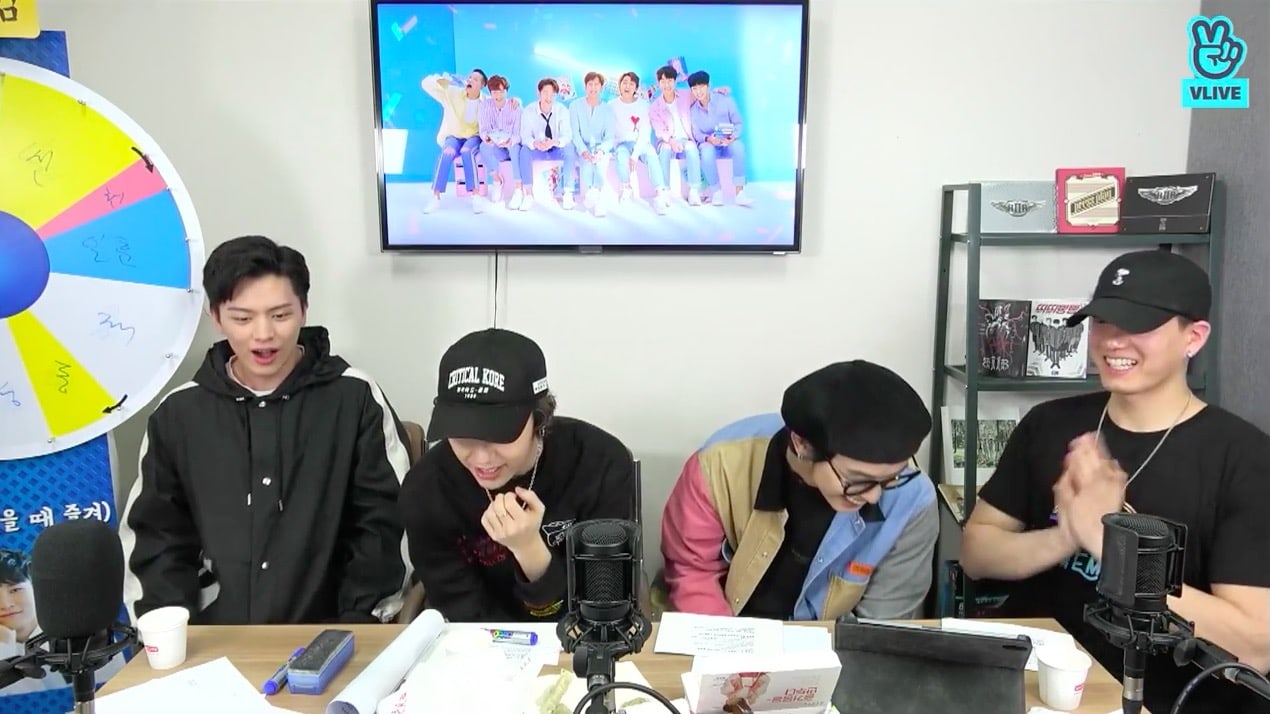 Yook Sungjae said, “I will lead BTOB well until Eunkwang returns.” They then decided to spin it again once Eunkwang comes back.

Yook Sungjae even agreed that he’d treat everyone during their dinner the next day. When they spun the wheel again to see if Yook Sungjae should still be the maknae too, it landed on his name once more!