Watch: Cast Of “Amazing Saturday” Sends Key Off With A Tearful Goodbye And Dance Party To “Ring Ding Dong”

SHINee’s Key bid farewell to the cast and crew of “Amazing Saturday.”

On March 23, tvN aired the last episode of “Amazing Saturday” that Key filmed before his military enlistment. The SHINee member enlisted on March 4 at the Korea Army Training Center in Nonsan and has been undergoing training.

When Key entered the set, MC Boom revealed that the staff had prepared a gift for Key, which turned out to be two signs. CO2 would appear when Key held up the orange sign and all lights would turn off except for a spotlight on Key when he held up the green sign.

Showing satisfaction at the staff’s gift, Key let out a big laugh. When the other cast members expressed envy, Key made everyone laugh by stating, “If you’re envious, you can leave the show.” 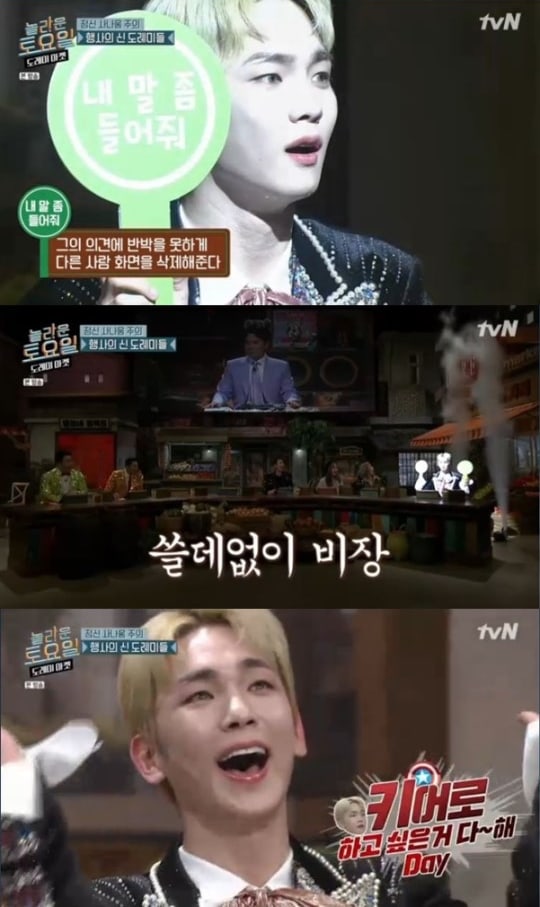 The cast was joined by guests Hong Jin Young and Jin Hae Sung, and tried to guess the lyrics to songs in order to win delicious food. The first song was Jinusean’s “A-yo” and Key surprised everyone by correctly guessing the lyrics using his imagination.

Pork ribs were the reward for the second song. Everyone listened to Lee Seung Hwan’s “At the Hair Salon” (literal title) and tried to guess the lyrics. Key wrote down the lyrics after listening to the song just one time, and expressed confidence in his answer. When his answers were revealed to be correct, Key said, “How beautiful!”

The cast feasted on pork ribs when Girl’s Day’s Hyeri suddenly burst into tears. She and Key had a bickering sibling-like relationship on the show and she became emotional as the last day of filming with Key came to an end. Everyone danced to SHINee’s “Ring Ding Dong” and posed for a group photo together before Key hit the slate for the final time. 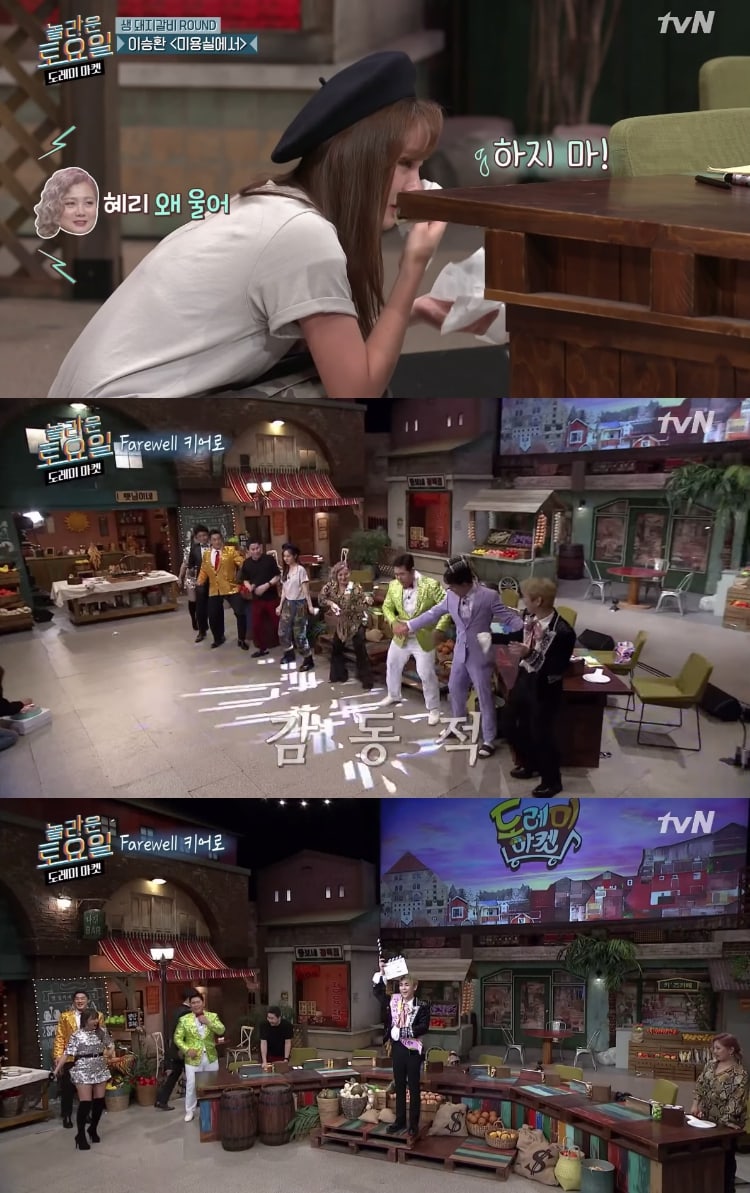 Block B’s P.O and rapper Nuksal will join the show to replace Key and Hanhae, who also departed the show because of his military enlistment last month.

Check out the clip of their farewell ceremony below!