The cast of “Running Man” showcased great teamwork and had fun in the latest episode!

The episode that aired on March 24 gave the members a series of tasks to complete to solve the mystery behind the death of a staff member. After escaping from the warehouse they had been trapped in, the cast was made to lose the 169 calories of food they had ingested. Each room they entered had a different theme with a set amount of calories that could be lost.

One of the rooms involved having to burst balloons that had floated up to the ceiling. Though Jun So Min tried to jump up at first, she was well below the height she needed to complete the task. She turned to Kim Jong Kook, who immediately jumped into action to help. He lifted her up with ease to get her to the ceiling, and they were able to pop balloons, with Jun So Min exclaiming, “I’m flying.”

Lee Kwang Soo also took a stab at things, using his height as an advantage. When he began to get tired, the other cast members helped lift him up in the air to complete their task. 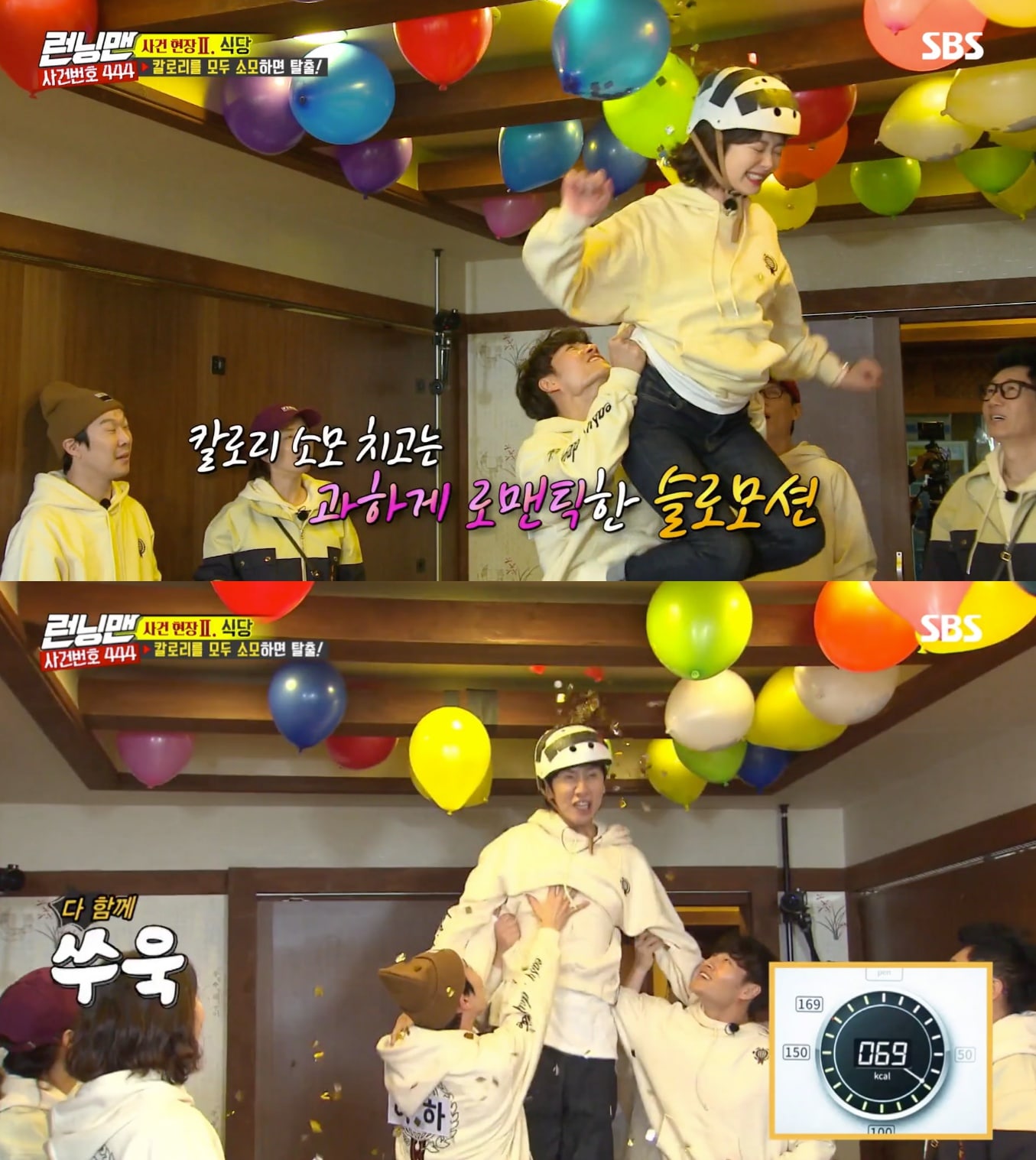 Another task involved the cast dancing to choreography, and they needed to follow most of the moves to complete the challenge. Out of the options, they chose MOMOLAND’s “BBoom BBoom,” and though not all of them were perfect at it, Jun So Min and Song Ji Hyo led the way as they had fun as they danced to the energetic track.