The cast of “My Fellow Citizens” is definitely confident about their prospects for running for office in the official group poster.

“My Fellow Citizens” is a comedy crime drama about a con man who somehow finds himself married to a policewoman. After unwillingly being swept up in various incidents, he somehow finds himself running for a seat in the National Assembly. The drama is directed by Kim Jung Hyun, who directed “Jugglers” and “My Husband Mr. Oh!” It is the debut project for writer Han Jung Hoon, who previously worked on dramas such as “Vampire Prosecutor,” “Bad Guys,” and “Squad 38.”

Super Junior’s Choi Siwon, Lee Yoo Young, Kim Min Jung, Tae In Ho, and Kim Eui Sung star in the group poster. Choi Siwon exudes confidence as veteran conman Yang Jung Gook in a clean suit, looking as though he could swindle just about anyone. Tae In Ho is Han Sang Jin, a rookie politician who even prepared himself for the world of politics by studying abroad in Germany. Kim Eui Sung is the devious-looking Kim Joo Myung, a former Assemblyman who will support Yang Jung Gook.

On either side of Siwon are Lee Yoo Young and Kim Min Jung, each showing a different kind of energy. Playing passionate policewoman Kim Mi Young, Lee Yoo Young smiles as she casually twirls handcuffs around her finger in all denim. Kim Min Jung, who plays mysterious loan shark Park Hoo Ja, shows aloof, elegant confidence as she holds up a pink gun. 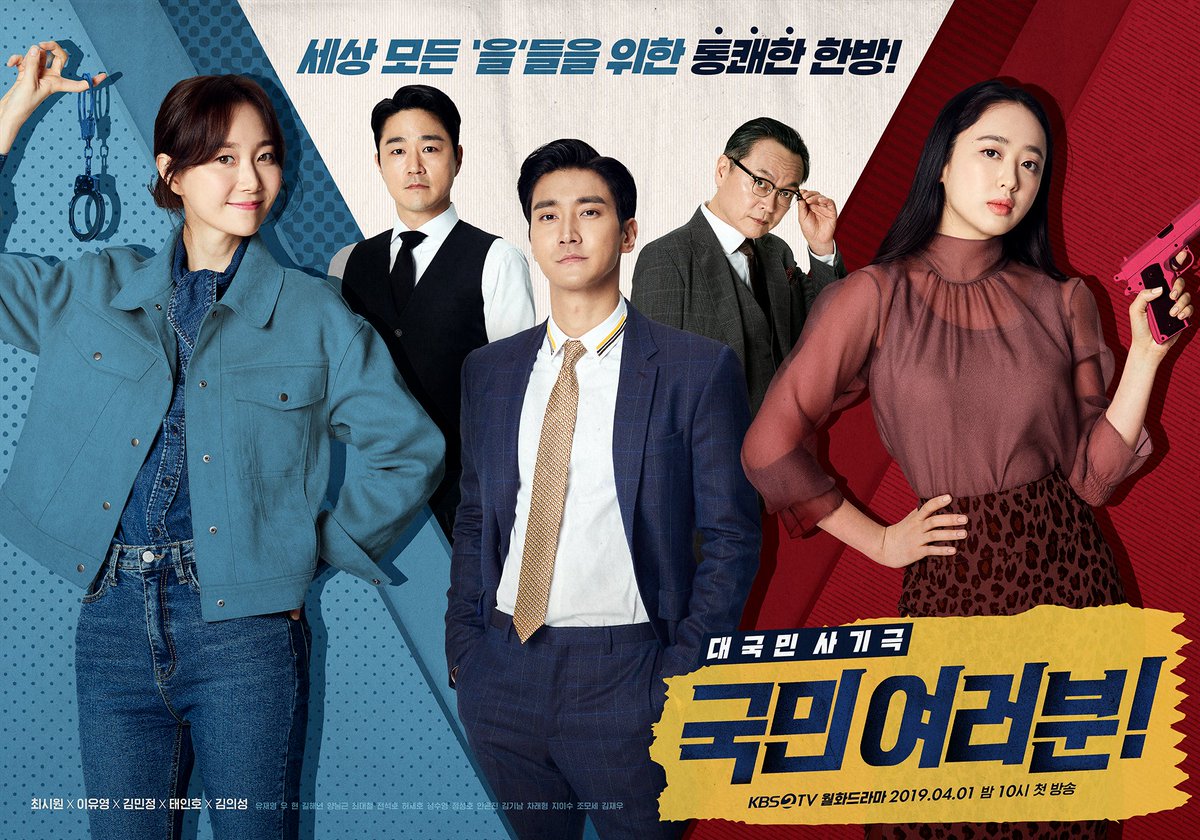 “My Fellow Citizens” will air its first episode on April 1 at 10 p.m. KST.

If you haven’t already, check out a teaser here! The drama will be available on Viki!