Go Jun Hee has denied her ties to Seungri and his alleged act of mediating prostitution.

The March 23 broadcast of SBS’s “Unanswered Questions” (also known as “The Its Know”) reported on Seungri and a party from 2015, during which the former BIGBANG member reportedly entertained a foreign investor from Japan.

The show also revealed messages that Seungri allegedly exchanged in a group chatroom that includes former FTISLAND member Choi Jong Hoon, Jung Joon Young, and others. The messages showed Seungri mentioning a specific time for the party and ordering the participants to prepare, to which Jung Joon Young replies, “I can tell the girls to arrive by 8 o’clock, right?”

On Go Jun Hee’s Instagram, netizens asked the actress if she is in anyway involved in the situation. One comment directly asked her if it’s true about her involvement with Seungri’s prostitution mediation allegations, and another comment asked if she is close with Choi Jong Hoon. There was also a comment that simply said, “Unanswered Questions.”

However, the actress denied her ties and replied to the comments the same way, “It’s not true ^^.” 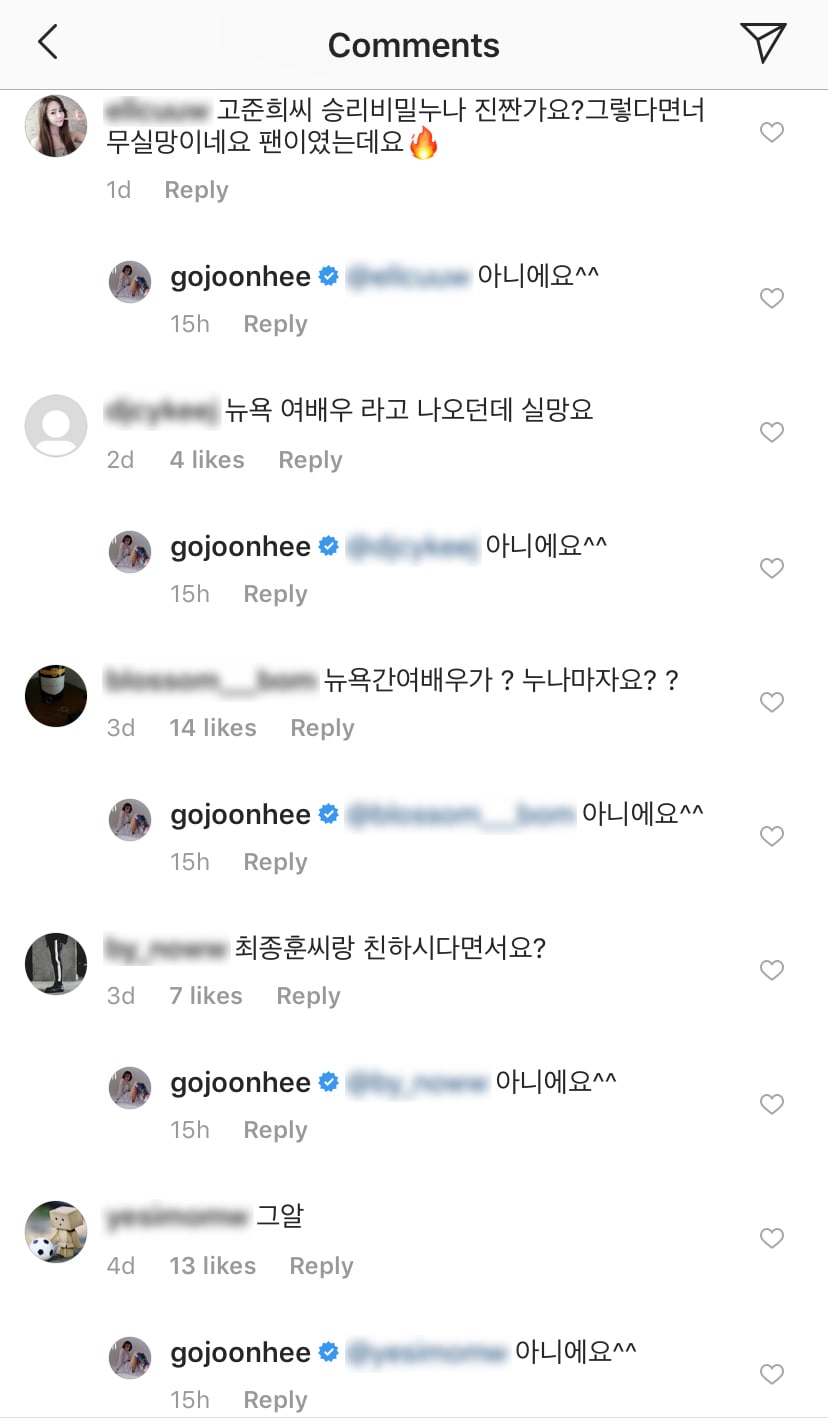 Seungri
Go Jun Hee
How does this article make you feel?