SBS has shared a conversation between Seungri and fellow members of a group chatroom.

On March 28, SBS’s “8 O’Clock News” reported on Seungri recently being booked for spreading an illegally taken photo. According to police, while Seungri admitted to sharing illicit footage, he has denied taking it and said it was a photo from an acquaintance.

SBS reports that on June 12, 2016, Seungri shared a photo of naked women in a group chatroom. 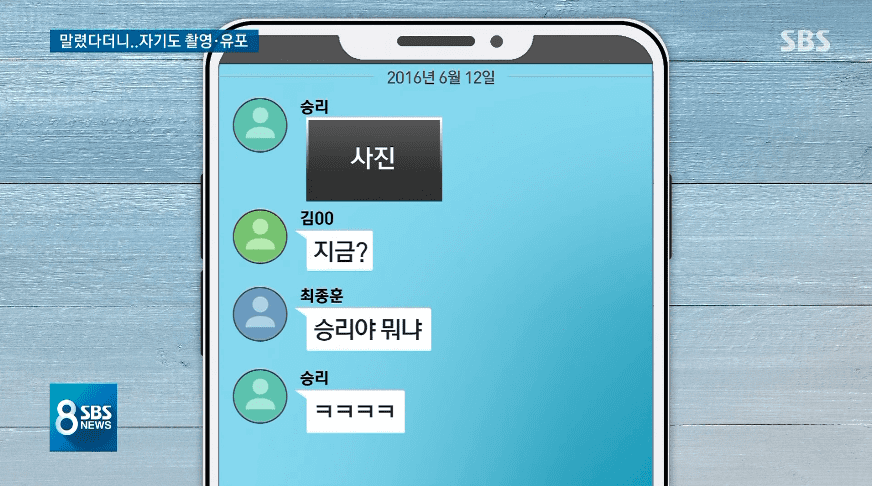 Police are conducting an investigation into who took the photo.

Earlier that day, MBC reported that there are eight singers in the controversial group chatrooms, with 14 people in all. The police also stated that they have confirmed the existence of 23 chatrooms so far, including group chatrooms and one-on-one conversations, where illegally filmed videos and photos were shared by Jung Joon Young, Seungri, Choi Jong Hoon, and more.

Seungri
XPN
How does this article make you feel?