Kwanghee reunited with Na Eun and Gun Hoo on KBS 2TV’s “The Return of Superman”!

On the March 31 episode of the reality show, Kwanghee, Na Eun, and Gun Hoo had a fun time in Seoul. The trio previously met for the first time on the show in January, when Kwanghee served as a babysitter for the two kids.

During his interview, Kwanghee told the staff, “I kept thinking about them and missed them. I heard that they came to Seoul and ended up getting in touch, so I was able to see them.”

When they met up for the show, Kwanghee initially hid to surprise the two kids, but he was forced to come out of his hiding place when Gun Hoo fell. The children were happy to see Kwanghee again, and Na Eun greeted him by saying, “Hello, uncle.”

Kwanghee took out bubble toys that he had brought to play with the kids, and Na Eun had fun blowing bubbles. Gun Hoo became ecstatic when he saw the bubbles floating in the air and was full of joy. 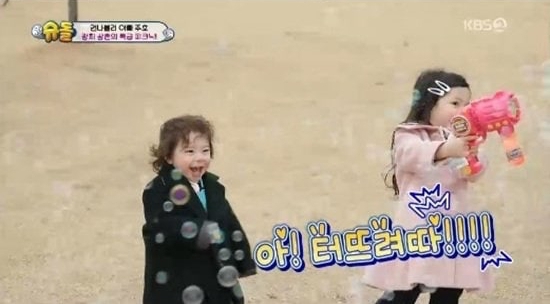 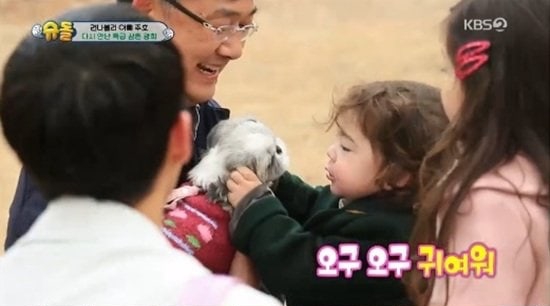 They then headed to a kids’ cafe with an indoor playground. Although Na Eun had been to a kids’ cafe before, it was Gun Hoo’s first time visiting one. He showed off his energy by running around the playground, jumping on trampolines, and playing in the ball pit.

Seeing Gun Hoo’s endless energy, Kwanghee commented, “You might get an offer for a battery ad.” After the two kids had played for a while, they took a break with some drinks. Kwanghee sent a video message to Na Eun and Gun Hoo’s dad Park Joo Ho, joking that he should take the kids out more since they looked so happy at the kids’ cafe. 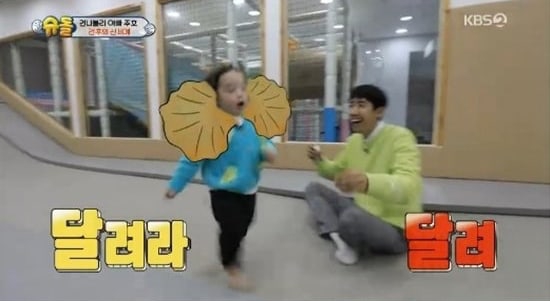 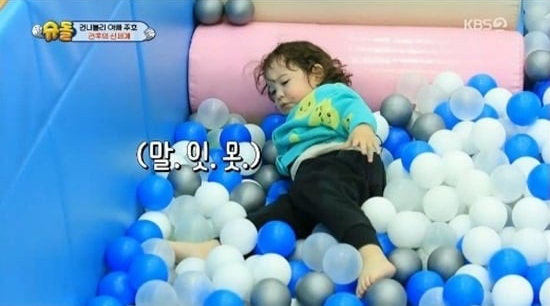 Kwanghee then took the kids to Dongdaemun, where they walked around a stationery store and a toy department store. When Na Eun picked out many toys, he suggested that she choose just one item instead. She understood him right away, and after lots of thought, chose one item for him to buy. She also didn’t forget to thank him for the gift.

Later on, at a strawberry soufflé shop, Gun Hoo freely wandered around the restaurant before bursting into tears during a video call with his dad. Kwanghee reassured Park Joo Ho that Gun Hoo was having a good time, and the soccer player thanked him for taking care of his kids. 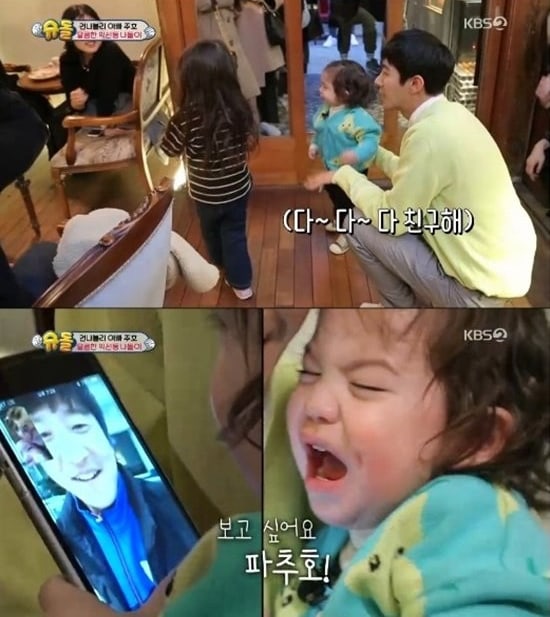 Check out last week’s episode of “The Return of Superman” below!

The Return of Superman
Kwanghee
ZE:A
Na Eun
Gun Hoo
How does this article make you feel?