Hyolyn is gearing up to embark on her very first world tour!

After kicking things off with her first solo concert “True” in Seoul last year—then taking her concert overseas to London in February—Hyolyn has announced the first set of dates and locations for her first world tour.

On April 1 at midnight KST, Hyolyn revealed that she will be heading to Europe to perform in four different countries this May, after which she will be touring several cities in Asia over the course of June and July.

The singer also teased that she will be taking her tour to other cities as well, so stay tuned for more updates! 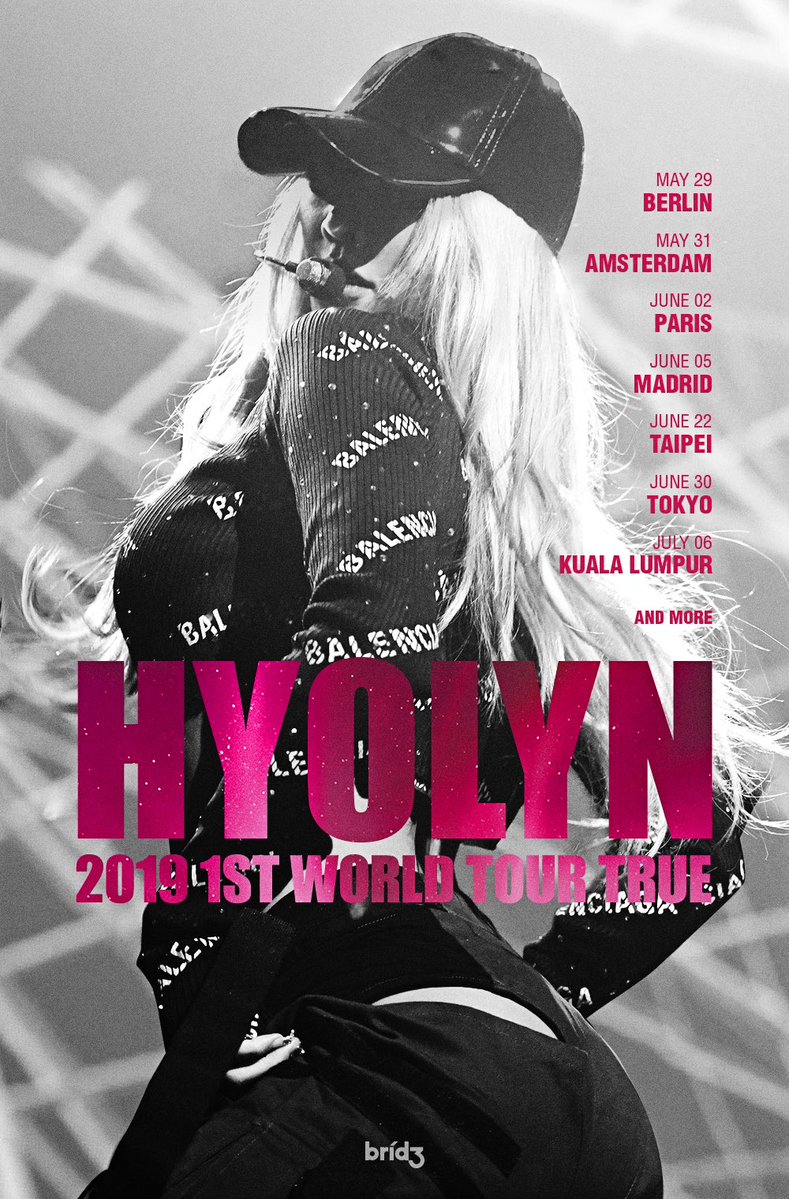