Jung Joon Young has been removed from the official poster of tvN’s “4 Wheeled Restaurant.”

The variety show, which previously received much love from viewers for showing the food truck phenomenon in other countries, will be returning on April 18 with third season that will take place in the United States. The last season had celebrity chef Lee Yeon Bok lead Kim Kang Woo, Heo Kyung Hwan, and Seo Eun Soo in their challenge to run a food truck in China.

On April 1, the poster for the American edition of the show was revealed. Standing in front of their upgraded food truck, the cast members wear matching blue uniforms. The cast includes Lee Yeon Bok, Shinhwa’s Eric and Lee Min Woo, Heo Kyung Hwan, and John Park. Jung Joon Young has been completely edited out from the poster. 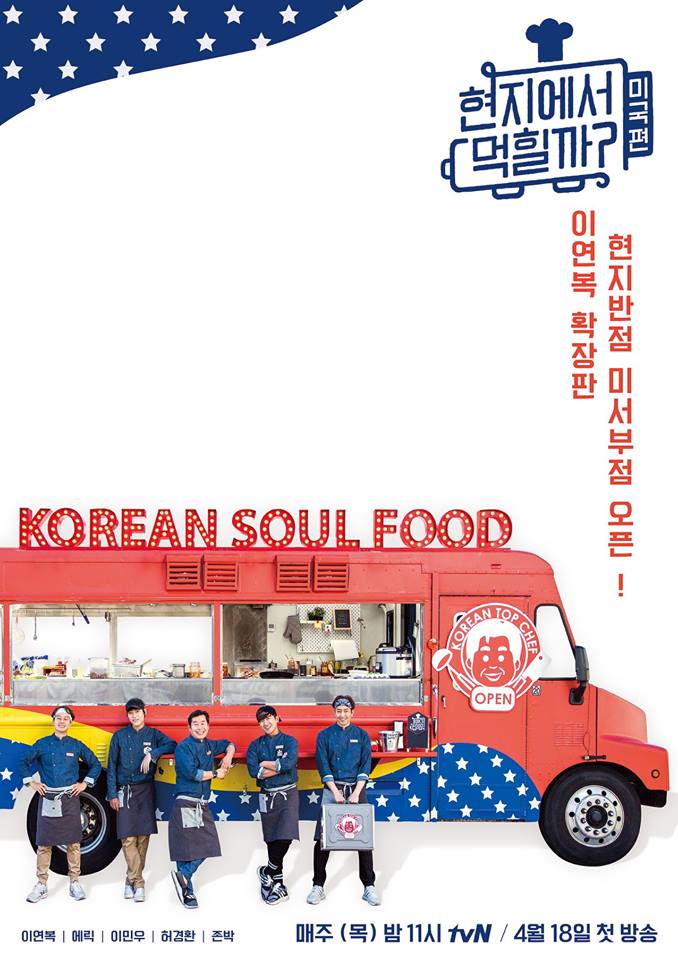 tvN previously announced that Jung Joon Young had completed his portion of filming for the variety show prior to leaving Los Angeles for Korea to participate in police investigations. They then stated that they would be completely editing him out of the show in light of the ongoing chatroom controversy.

The third season of “4 Wheeled Restaurant” will air its first episode on April 18 at 11 p.m. KST.