INFINITE’s Sungyeol is doing well in the military!

Recently, the 37th Infantry Division’s Army New Recruit Training Center released a photo of Sungyeol and other soldiers on its website.

In the photo, Sungyeol is wearing his military uniform and cap. 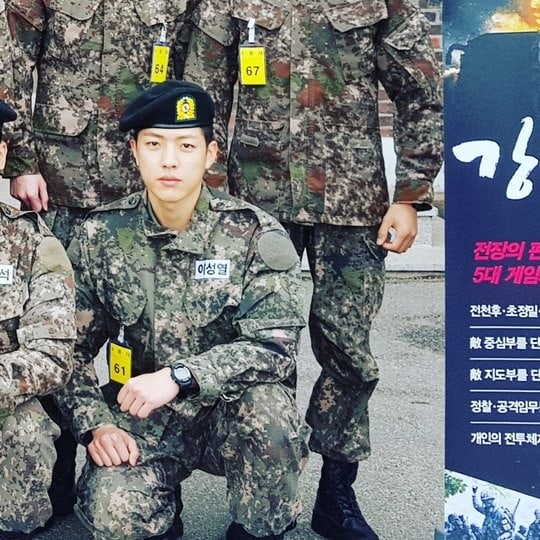 Sungyeol enlisted as an active duty soldier on March 26. He also wrote a handwritten letter to his fans four days before his enlistment and told them that he would return safely.

If you haven’t yet, start watching Sungyeol in the drama “D-Day” below!