Gummy Reveals How She And Jo Jung Suk Never Fight

Gummy spoke all about her blissful marriage to Jo Jung Suk on tvN’s “Life Bar.”

On the April 4 broadcast, the singer was asked how she fell in love with Jo Jung Suk.

“First, conversation flows really easily,” replied Gummy. “We converse really well. He’s also very attentive, so he always knows how I’m feeling. It’d be difficult if he were too attentive all the time, but there are times when he lets things go too. He’s very down to earth.”

When she revealed that they dated for five years, MC Shin Dong Yup asked if there was a feeling of nervousness about marriage. Gummy explained, “We both felt a strong conviction that we’d continue to be together, so I didn’t feel anxiety about marriage.”

About what’s changed after their marriage, Gummy said, “Some seniors who got married and are living well always said, ‘You become stable when you get married.’ I didn’t know what that meant, but I realized what it was after getting married because I realized that I have someone who’ll always be by my side.”

She added, “They say that you fight about the smallest things when you get married, such as the way you squeeze toothpaste. But I think that differs based on how you perceive it. If you kindly ask someone, ‘Can you do it like this?’ then the person will make an effort. But if you get mad or say that it’s hard to understand it, then that’s when you get into a fight. I think it’s based on your actions.” 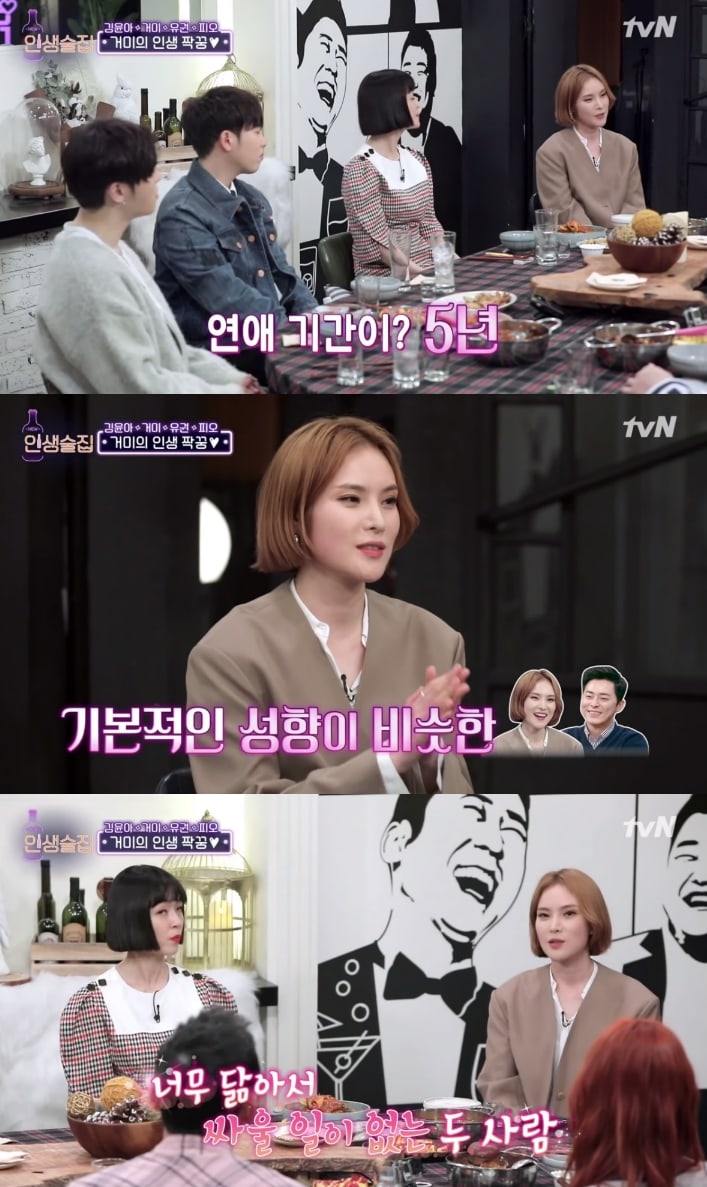 Gummy
Jo Jung Suk
Life Bar
How does this article make you feel?