SBS’s “8 O’Clock News” has reported that two movie stars may be members of a group chatroom similar to the one for which Jung Joon Young, Seungri, Choi Jong Hoon, and Roy Kim are currently being investigated.

On April 4, SBS reported that an anonymous victim, “A,” had come forward with information about another group chatroom in which illegally filmed footage of sexual activity had been shared. “A” claimed that she had accidentally stumbled upon both the illegal footage and the chatroom while she was dating a businessman named Kim in 2016.

According to “A,” during her relationship with Kim, she discovered a sex tape that he had filmed of her without her knowledge or consent on his external hard drive. “A” also reportedly found more than 100 similar videos on the same hard drive, with most of the women in the videos appearing too inebriated to be aware of their surroundings or the fact that they were being filmed. 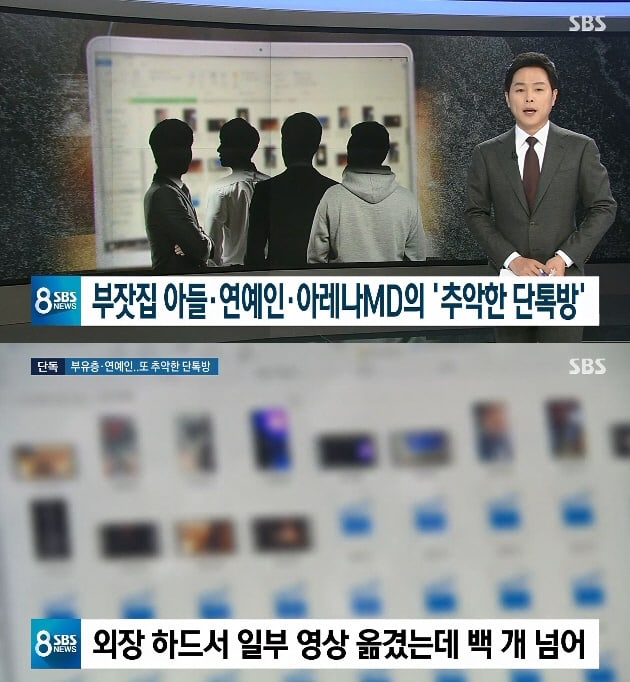 “A” alleged that she also discovered proof of two different group chatrooms in which Kim shared such illegally filmed footage of sexual activity. According to the report, one group chatroom included two movie actors named only by their surnames Shin and Han, as well as a model named Jung. The other group chatroom is said to include an MD (a “merchandiser” or club promoter) who worked at Club Arena.

According to SBS, the two actors initially denied any knowledge of such a chatroom, with both Shin and Han claiming that they had never even been in a group chatroom. However, after hearing the names of the others who were alleged to be in the group chatroom in question, they reportedly revised their statements, saying that although it was true that they had been in the chatroom, they had never filmed or shared any illegal footage.