Norazo talked about their dreams and goals on JTBC’s “Ask Us Anything.”

On the April 6 episode, Norazo and UV appeared as guests and brought laughter as well as their musical talents to the show.

During the episode, the cast revealed some facts about their guests including their dreams. Jobin’s was to become an elderly singer, while new Norazo vocalist Won Heum’s was to receive a Grammy nomination.

BTS’s “Love Yourself: Tear” was nominated for the Best Recording Package category, and the group attended the 2019 Grammy Awards as presenters for Best R&B Album.

When UV’s Yoo Se Yoon asked if he wanted to go to the Grammys alone or as a group, Won Heum replied, “I want to go as Norazo.” Hearing this, fellow Norazo member Jobin commented with surprise, “Oh really? I don’t really have thoughts about going. I can’t speak English.”

The cast members then asked Jobin, who’s famous for his creative hairstyles, how he would style his hair if he were to attend the prestigious awards show. Jobin answered, “If I were to go, then I’d put a Grammy trophy on my head.” 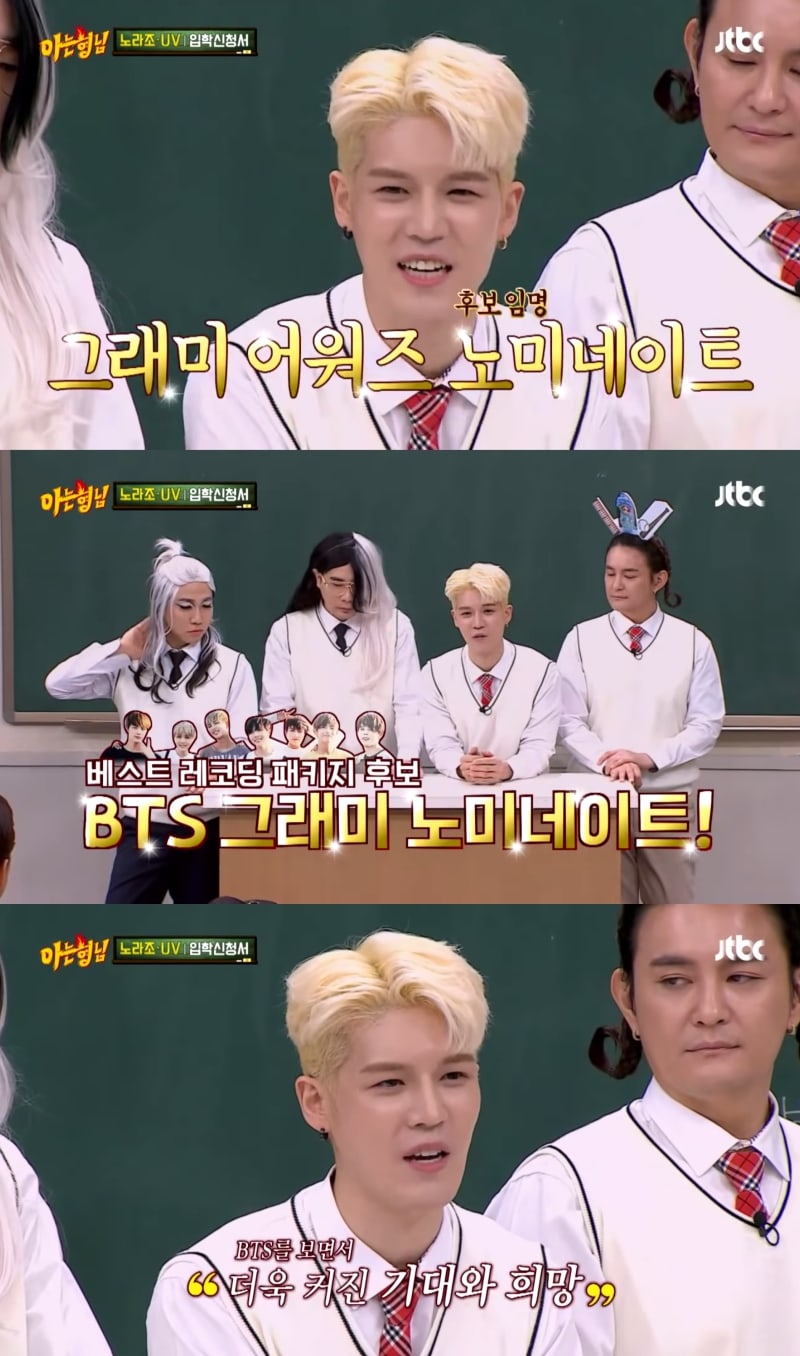 Check out a full episode of “Ask Us Anything” below!

BTS
Ask Us Anything
Norazo
How does this article make you feel?