The police has begun investigating another set of allegations of prostitution mediation against Seungri.

On April 7, Channel A reported that the police had confirmed that eight women who attended Seungri’s 2017 birthday party, which was held in the Philippines, were professional escorts. According to the report, after questioning these women, the police were able to secure testimony that Seungri had been involved in prostitution mediation.

That same day, a source from the Seoul Metropolitan Police Agency investigation unit confirmed, “We held an investigation and questioned a number of women who attended [Seungri’s] party in Palawan regarding the allegations of prostitution mediation.”

The source also stated, “We obtained the list of the Palawan party attendees.” However, the police representative declined to provide further details, explaining, “Since the police investigation is still ongoing, it is difficult for us to confirm the exact number of people and the details of the investigation.” 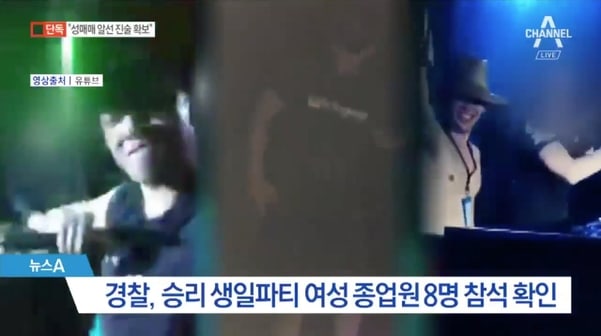 The police previously launched investigations due to a 2015 text message conversation between Seungri and former Yuri Holdings CEO Yoo In Suk that appeared to indicate that Seungri had provided prostitution services to foreign investors. There were also speculations that there may have been prostitution at Seungri’s birthday party in December 2017, when the singer rented out a resort in Palawan.

The police have confirmed that Seungri paid for all of the travel expenses for the escorts who attended his party, and the police are investigating whether the travel expenses were a form of compensation for prostitution. The former singer is currently suspected of using prostitution mediation to obtain new investments from foreign investors or to retain current investments. The police have also obtained testimony that prostitution took place at another location beside Palawan.

However, Seungri has denied these allegations, stating, “There is no truth [to the claim] that I’ve mediated prostitution.” The total cost of his 2017 birthday party is estimated to be about 600 million won (approximately $527,385), and Seungri claimed that he paid all of the attendees’ travel expenses and not just those of the women suspected to be involved in prostitution mediation.

The police are also currently investigating an instance of corporate funds from Monkey Museum, a club co-operated by Seungri and former Yuri Holdings CEO Yoo In Suk, being used for personal attorney fees. However, the police have stated that it is difficult to reveal the details of the investigation, as it is still ongoing.

Meanwhile, Seungri and Yoo In Suk were recently booked on the charge of embezzling tens of millions of won (approximately tens of thousands of dollars) from their club Monkey Museum. Seungri has also fallen under suspicion of founding a shell corporation in Hong Kong, with SBS’s “8 O’Clock News” reporting that they were unable to locate a physical office for his company BC Holdings.