Official posters have been released for OCN’s “Save Me 2.”

“Save Me 2” is the story of a village that’s driven into a corner, a false faith that saves it, and a man who stands alone to oppose that faith. Choi Kyung Suk (played by Chun Ho Jin) tries to establish a false faith group in a village that’s been chosen as a submerged district for dam construction, and Kim Min Chul (played by Uhm Tae Goo) is the lunatic that stands up to him.

On April 8, the upcoming drama gave viewers a first look through new posters. The main poster reads, “In the world of a crazy cult, a crazier bastard has appeared.” Choi Kyung Suk has a determined look on his face as the key-holder of this “crazy cult world,” while Kim Min Chul looks livid as the “crazier bastard” that will go head-to-head with him.

Kim Young Sun (played by Esom) endures a hellish life every day because of her older brother Kim Min Chul, but slowly starts to change after she meets Sung Chul Woo (played by Kim Young Min). One of the key points of this main poster is how all four of the characters are looking in different directions. After meeting in this crazy cult world, what are their ambitions? 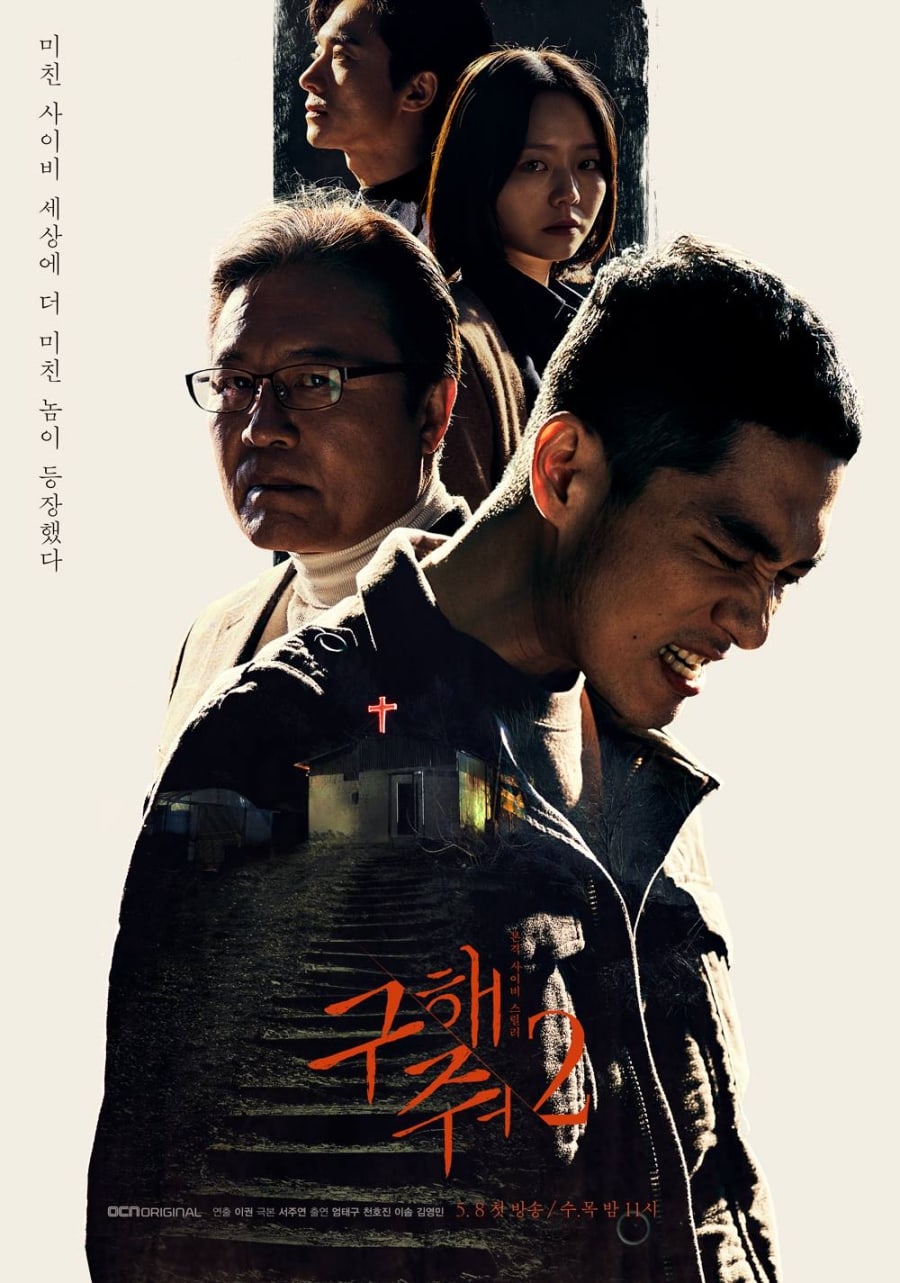 The second poster has a similar context as the first. Kim Min Chul knits his brows, Choi Kyung Suk hides his true feelings behind a keen expression, Kim Young Sun doesn’t show any emotions on the surface, and Sung Chul Woo smiles with his hands folded together. The leads stand in an ash-filled town with a shabby place of worship behind them.

A source from the drama said, “At every filming, the actors fall even more deeply into their roles, and I’m already looking forward to the amazing characters that will be created. They accurately expressed each of their characters’ emotions with just their eyes and facial expressions in the posters that were revealed today. Please look forward to the premiere and what will happen in this mysterious village.”

“Save Me 2” is directed by director Lee Kwon of film “Door Lock” and based on director Yeon Sang Ho’s animated film “The Fake,” which was recognized at various international film festivals. Rookie writer Seo Joo Yeon wrote the script for the drama, and director Yeon Sang Ho contributed with creative advice.

Esom
Chun Ho Jin
kim young min
Uhm Tae Goo
Save Me 2
How does this article make you feel?