Microdot’s parents, who were accused last year by friends and relatives for borrowing a large sum of money and then leaving the country, have returned to Korea from their home in Auckland, New Zealand after 21 years.

They returned on the evening of April 8, at which time they were met by police and arrested. In response to the reporters present who asked if they had anything to say to the victims, Microdot’s parents said, “We’re sorry. We had no choice because of the IMF financial crisis. We will faithfully cooperate with investigations.”

Microdot’s parents previously reached a settlement with some of the victims, while other victims refused to settle and expressed their anger at the explanation they were given. With their latest comment that they “had no choice,” Microdot’s parents have once again invited criticism and anger. 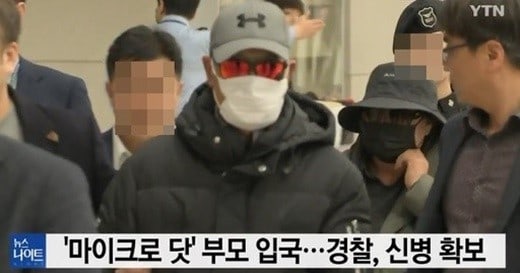 Microdot
How does this article make you feel?