On the April 10 broadcast of CBS’s “Kim Hyun Jung’s News Show,” Kim Sang Kyo — the man who claimed in January that he was assaulted at the club Burning Sun, thus setting off “Burning Sun Gate” and a slew of criminal investigations involving celebrities and high-ranking police officials — spoke about the difficulties he and his mother have experienced due to the case.

He said, “It’s been really tough. There are so many problems, and not enough time to take care of them all. Witnesses, informants, and victims have to be revealed through the legal system, and there are things that the press has to know, so it’s been hard.”

When asked if there had been any external pressures for him not to speak out, he said, “That happened a lot. Burning Sun sued me, and I heard that they went to my mother and threatened her. The day after the first report was released with MBC on January 28, I told my mother that she did a good job through all of that. She supported me and said that I had to do this.”

Kim Sang Kyo added, “After that, she told me that people that looked like gangsters came to her saying that her son did something wrong, so we needed to settle. When my mother told me about this, I had such a heavy heart.” 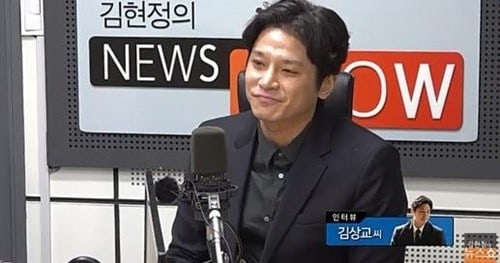 Meanwhile, most recently in the “Burning Sun Gate” case, singer Roy Kim has returned to Korea for questioning after being booked for alleged distribution of illegally taken footage. Roy Kim is scheduled to visit the police station for questioning today (April 10).

Burning Sun
Kim Sang Kyo
How does this article make you feel?