SBS’s Wednesday-Thursday drama “Big Issue,” starring Han Ye Seul and Joo Jin Mo, has revealed points to look out for in the second half of the drama!

Take a look at the three points below:

What new explosive scandals will be revealed?

Even from the first episode, “Big Issue” has contained shocking scandals including idol gambling, a sponsor scandal involving the president of a large company that started with an actress ingesting Propofol and getting sexually harassed, and scandals involving celebrities avoiding military service. Furthermore, the show has also captured the drug and sex proposition scandal that’s shaken up the nation, showing the dark side of the entertainment industry. Viewers are captivated by Han Suk Joo (played by Joo Jin Mo) and Ji Soo Hyun (played by Han Ye Seul) as they work on the paparazzi scene to reveal one scandal after another.

In last week’s ending scene, the chief prosecutor visited prosecutor Nam (played by Oh Tae Kyung), creating a fearful atmosphere. With the appearance of a new character, viewers are curious as to what new scandals will be exposed.

The fate of Han Suk Joo and Ji Soo Hyun who were entangled in the past clinic scandal.

Due to the scandal of an actress taking Propofol and getting sexually harassed at a clinic, Han Suk Joo’s and Ji Soo Hyun’s fates have drastically changed. Han Suk Joo, who took the picture regarding the scandal, became an alcoholic homeless man, while Ji Soo Hyun, who hosted the press conference for the actress in question, became an editor-in-chief. Furthermore, Ji Soo Hyun has begun to have complicated feelings for Han Suk Joo (who became homeless due to her) after he accomplished the paparazzi missions that were given to him.

In particular, Jo Hyung Joon (played by Kim Hee Won), who knows of the two people’s relationship, is suspicious that Ji Soo Hyun feels guilty about the past clinic scandal after she helped treat Han Suk Joo’s alcoholism and goes out of her way to help his daughter Se Eun’s (played by Seo Yi Soo) heart surgery. Viewers are curious to find out how Ji Soo Hyun and Han Suk Joo’s relationship will change once Han Suk Joo learns that Ji Soo Hyun is the person who brought him down. 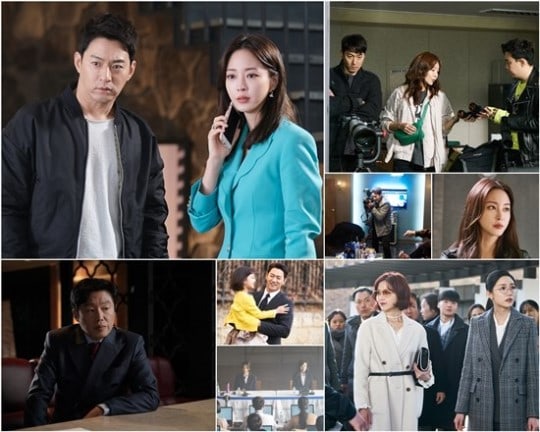 Will Han Suk Joo succeed in getting his daughter the heart surgery?

After suffering from alcoholism as a homeless man, Han Suk Joo is currently back to using a camera and is busy working as a paparazzo thanks to Ji Soo Hyun. One of the biggest reasons he could walk this path again is due to his daughter Se Eun. Ji Soo Hyun used Han Suk Joo’s desperation to get his daughter’s urgent heart surgery done and suggests that he becomes a heartless paparazzo.

Furthermore, when Han Suk Joo succeeded in revealing the scandal involving top actor Baek Eun Ho (played by Park Ji Bin) avoiding military service, Ji Soo Hyun helped Se Eun receive full sponsorship for her medical expenses so that she could receive surgery. Viewers are curious to see whether Han Suk Joo will be able to succeed in getting the heart surgery for his daughter.

The production staff shared, “In the second half of ‘Big Issue,’ not only will there be covert and shocking scandals, but there will be scenes regarding Han Suk Joo and Ji Soo Hyun’s complicated relationship. Please look forward to seeing how Han Suk Joo and Ji Soo Hyun, who both refuse to let go once they’ve grabbed on [to something], will catch other scandals and how their unfortunate relationship, in which they’ve come to live two vastly different lives due to the past clinic scandal, will continue to progress.”

“Big Issue” airs every Wednesday and Thursday at 10 p.m. KST. Catch the latest episode below!