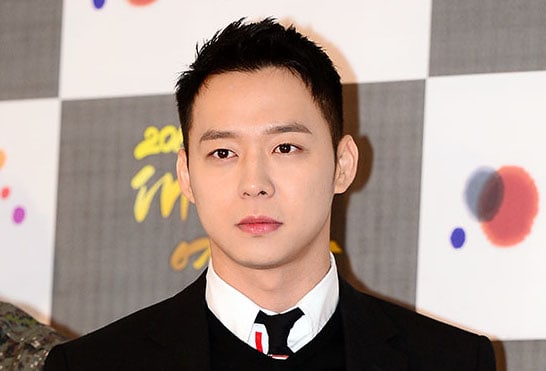 JYJ’s Park Yoochun announced that he will be holding a press conference to talk about the suspicions tying him to Hwang Ha Na’s drug case.

A source from his agency C-JeS Entertainment stated through an official press release, “Today (April 10) at 6 p.m. KST, Park Yoochun will be holding a press conference at the Japanese Apricot Hall on the 19th floor of the Press Center. Park Yoochun is currently being identified as the celebrity ‘A’ related to the drug investigations about Hwang Ha Na. Thus, we are arranging an opportunity for him to directly explain his position in front of reporters.”

Hwang Ha Na, Park Yoochun’s ex-girlfriend and the only granddaughter of Namyang Dairy Products’ founder, stated in a recent court questioning that she was coerced by celebrity friend “A” to administer drugs. She added, “‘A’ forcefully injected drugs into my body while I was asleep,” and said, “‘A’ would get drugs or order me to get drugs.”

The police have booked “A” and requested for a warrant to search and seize their call records and location information. It was reported that the police are considering summoning “A” for questioning after finding enough evidence about the celebrity. “A” is currently residing in Korea.

Hwang Ha Na
Park Yoochun
XPN
How does this article make you feel?