On the April 10 broadcast, Chen appeared as a guest to promote his solo debut with “Beautiful Goodbye.”

Kim Gura asked about EXO’s contracts in light of some recent reports. Chen replied, “All [of our contracts] are the same. But there’s actually time left on our contracts.” When asked how many years, he replied, “There’s about three years left.”

He added, “Since there’s still time left, I want to promote happily while doing what I want to do. I’m not feeling a lot of stress because of that.” 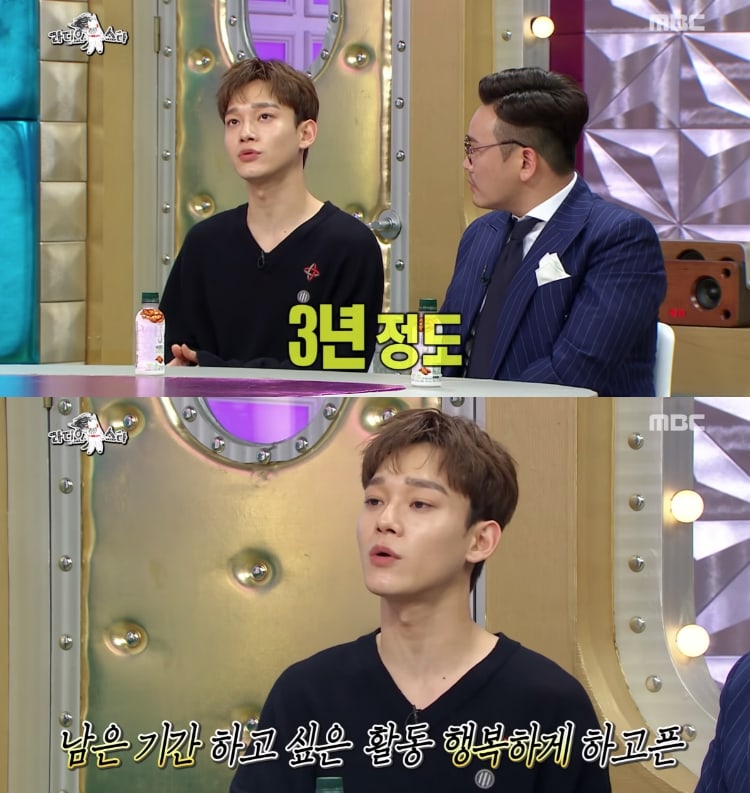 MC Yoon Jong Shin then asked Chen about singing high notes in the morning when he was early on in his career after the group’s debut.

“We have many members and each song is about three minutes and 30 seconds to four minutes long,” explained Chen. “Since many members sing one song, I always got assigned the high notes. If we started a music show in the morning, I couldn’t slack off during rehearsals and did it as if it were the real deal. I danced hard, got breathless, and felt so tired, and I had to just sing my high notes then go back in.”

He continued, “The high notes are not at the beginning of the song. They appear at the bridge because it’s the climax. So I had to continue dancing until then. Since I had to sing when I was breathless, I had to force the high notes out and return to my position. It was so hard.”

Chen added, “I also breathed hard because I was dancing. but since the mic was there, I had to breathe silently. Since I sang high notes while out of breath and so early in the morning, it actually ruined my voice a lot.” 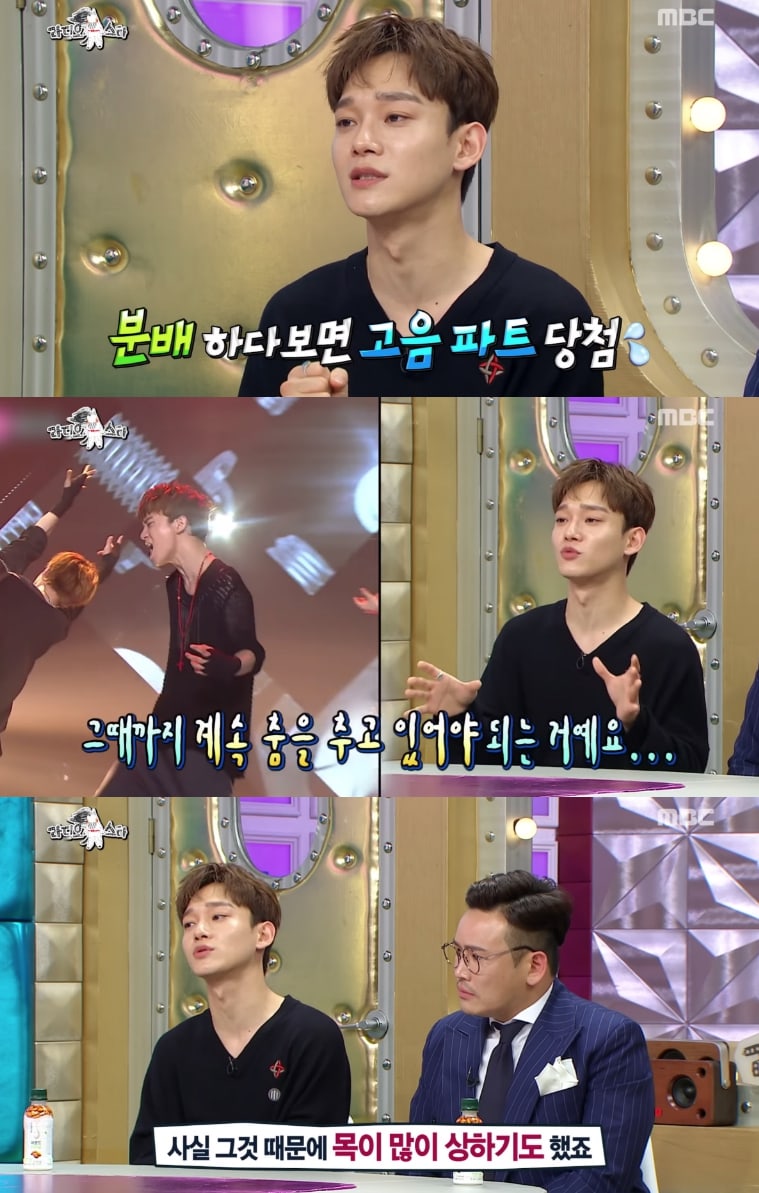 Check out a full episode of “Radio Star” below:

EXO
Radio Star
Chen
How does this article make you feel?