EXO’s Chen talked about his next single on MBC’s “Radio Star”!

On the April 10 episode, Chen appeared as a guest and promoted his first solo mini album, “April, and a flower.”

During the show, MC Kim Gura asked about the time Chen was rejected by Yoon Jong Shin. Chen replied, “While preparing for this solo album, I wanted to get a song from [Yoon Jong Shin] so I asked him.”

Yoon Jong Shin apologetically explained, “I received the call, but I had so many songs to write. I don’t have any songs in my inventory. I opened my storage and there was no inventory.”

Yoon Jong Shin then asked Chen about his next single, and the EXO member revealed that he is planning to release one in September. Yoon Jong Shin said that he had been putting down the groundwork for a song, so fans may be able to look forward to a collaboration between them on Chen’s next single! 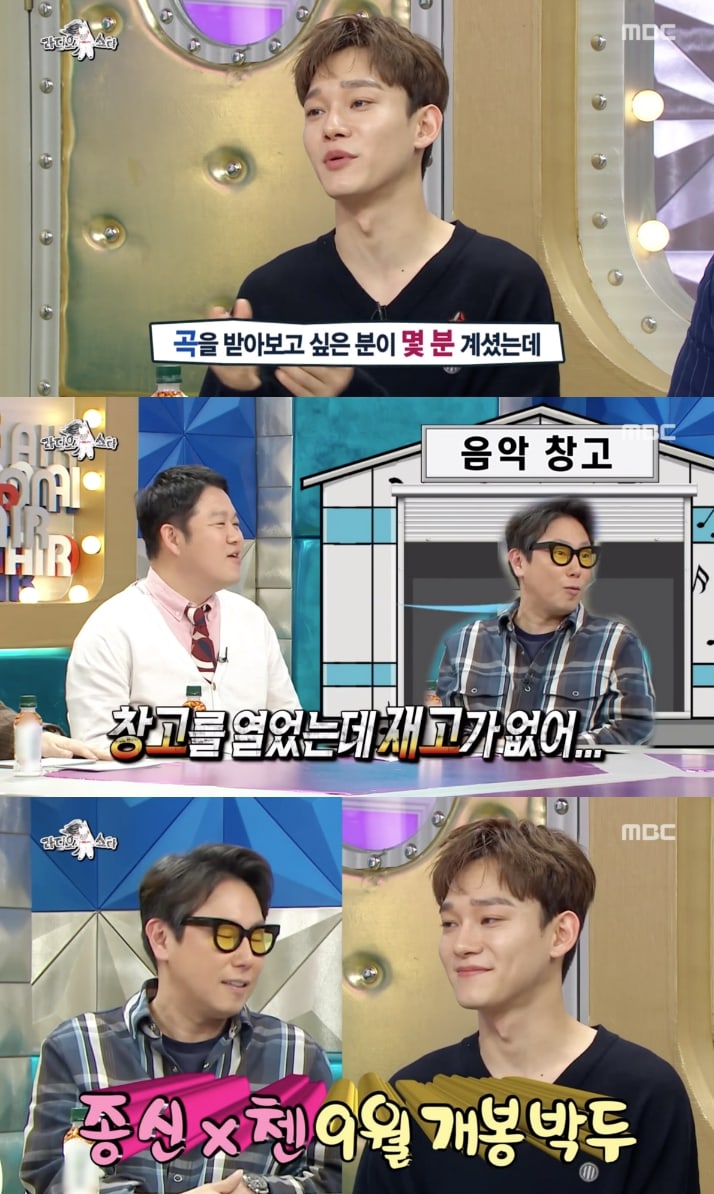