EXO’s Chen On Finding It Difficult To Contact Others, Talks About How EXO Hangs Out As A Group

On the April 10 broadcast of MBC’s “Radio Star,” EXO’s Chen talked about the difficulty he finds in being the one to first contact others as well as what EXO does when they all get together.

The hosts first broached the topic by saying that Chen is well-known in SM Entertainment as an “outsider,” a Korean slang term for someone who prefers being alone and is not very social.

Chen said, “Rather than exchanging [phone calls or texts], I prefer meeting and talking in person. But I find it really hard to do that, so [when my relationships with people come up] all I can say is, ‘we’re not that close.'”

He revealed that he finds it difficult to call others for fear that they’d be inconvenienced or feel pressured. He said, “There’s no time I’m more at ease than when I’m by myself.” 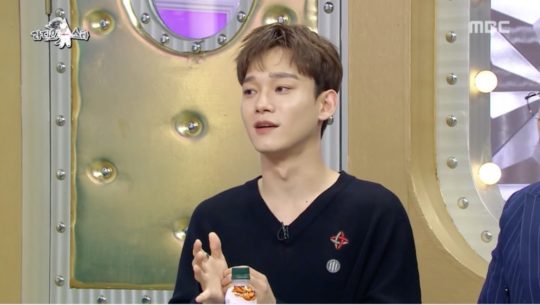 Chen said he’s also usually the first to go home during get-togethers with EXO. “Once we start talking about something, it goes on for hours. There are a lot of us, so if it really goes long, it sometimes goes on until 4, 5, or 6 in the morning. It’s hard.”

It’s also his first instinct when he gets drunk, said Chen. “I’ll just think, I’m drunk so I need to go home.” 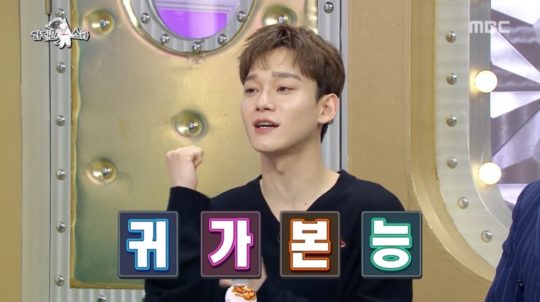 Talking more about EXO’s hangouts, Chen said, “Because we have a lot of people, our talks go on forever. If we were to stay at a restaurant or other venue for a long time, we would feel bad, so we use a conference room at SM where we can stay as long as we want.”

The member that really steps up to make these gatherings happen is the group’s youngest, Sehun. “He has the most initiative,” said Chen.

“Recently in our group chat, I said I would buy the group dinner as a thank you after the release of my solo album, and Sehun said right away, ‘Then let’s set a date. When should we meet?’ He’s really got influence in the group.” 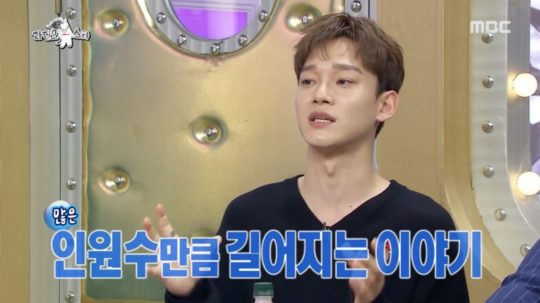 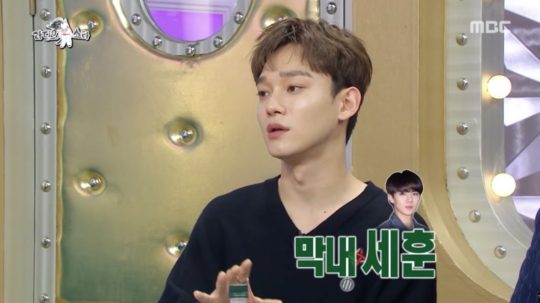 EXO
Radio Star
Chen
Sehun
How does this article make you feel?