Bang Jung Hyun first talked about how they currently have records for less than eight months. “If there were 10 victims in those eight months, then there must be so many more for the three years [2016-2019, that we don’t have records for]. That three year period is completely cut off. It’s gone from investigations.”

He went on to explain that the chatroom members periodically changed rooms to cover their tracks. “Every two months, [Seungri] would tell everyone to leave the chat and delete it. So there are several group chats.” 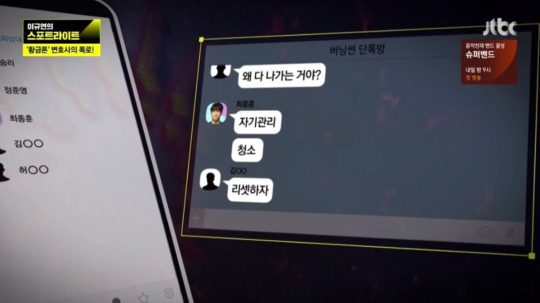 When asked if leaving a chatroom effectively deletes all records of the conversation, IT expert Kim Ho Kwang said that, legally, the records are stored for a set length of time. “But imagine the volume,” he said. “It’s enormous. And there is no backup. So if you needed to find something from one week or one month ago, it’s often the case that you won’t be able to find anything.” 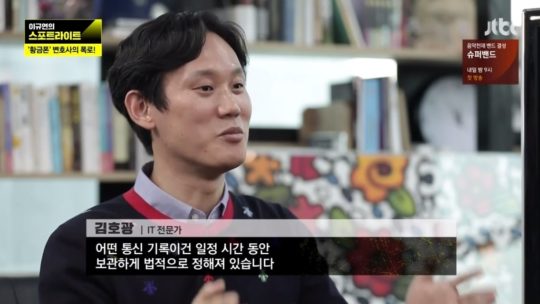 “If everyone had left the chatroom and it was deleted, it would have been difficult to recover anything. Ironically, [Jung Joon Young] not leaving the chat has become the catalyst for everything being revealed.” 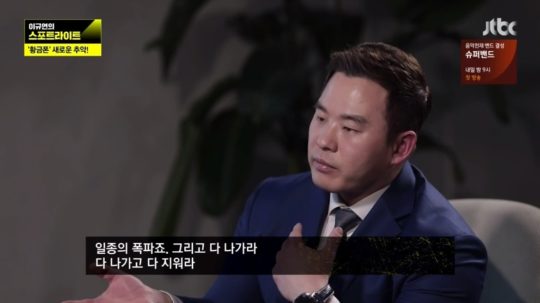 Meanwhile, it was recently reported that a non-celebrity member of the group chat has been booked on suspicions of rape. In the same broadcast of “Lee Kyu Yeon’s Spotlight,” lawyer Bang Jung Hyun spoke about the contents of the chatroom that led to this development in the case, as well as suspicions of aggravated rape.

Jung Joon Young
XPN
How does this article make you feel?