On the April 11 broadcast of JTBC’s “News Room,” Yoon Ji Oh spoke about her own experience of being offered sponsorship by an agency CEO, the accidents she experienced after coming forward as a witness in Jang Ja Yeon’s case, and her experience testifying in one of the closed-door trials.

She said that at first, she thought the CEO was a good man. “I thought of it as my last chance, but during dinner, he told me move to Gangnam. Honestly, Gangnam was out of my financial reach, so I declined.”

“He then said I wasn’t understanding him and told me he would find a place for me, and I would just have to stay there.”

Yoon Ji Oh said she confronted the CEO, asking what his daughter would think of that, and he blew up, saying to her, “You don’t just have to cross the street when you have a green light. I’m trying to give you the perks of walking through a red light. Even famous celebrities try to get meetings with me. Who are you to say something like that?”

After that encounter, Yoon Ji Oh fell into depression, thinking that it was in some way her fault. “I couldn’t meet with people, and I felt so small. Everything was difficult, so I talked on the phone with my mom for 10 hours. After she came to see me, she saw the state I was in and suggested we go back to Canada.” 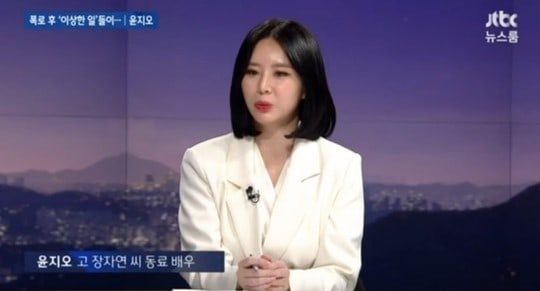 Yoon Ji Oh, who on March 30 started a government petition after police failed to provide adequate witness protection, said she was in two severe car accidents after she spoke out about the case.

“No bones were broken, but I did sustain muscle injuries, and I’m unable to [raise my arms] to shampoo my hair. I haven’t been able to receive any physical therapy.”

Yoon Ji Oh continued, “After I said in a phone interview with JTBC that I was writing a book, there have been people tracking me,” saying that the person she’s dealing with is someone with governmental authority who stands above the law.

“If I reveal any specifics about that person, I’m going to be sued for defamation, so it’s difficult.” 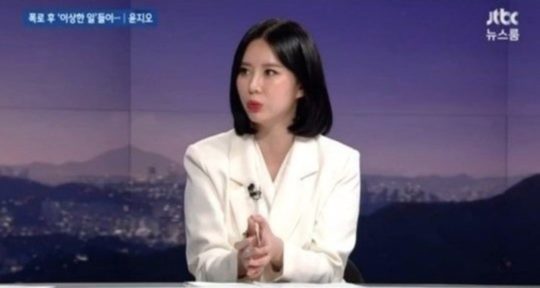 On her experiences in the courtroom, Yoon Ji Oh said, “The lawyer asked me if the defendant first touched [Jang Ja Yeon] with his right or left hand, and where he touched her first. This was difficult for me. He asked me where on the thigh the defendant touched, which angered me, and I asked if he didn’t understand the meaning of the word ‘thigh.’ The defendant’s lawyer then laughed out loud. I was so taken aback that I asked what was so funny.”

And it wasn’t the first time the lawyer had laughed in court, said Yoon Ji Oh. “The defendant and the lawyer are the same.” 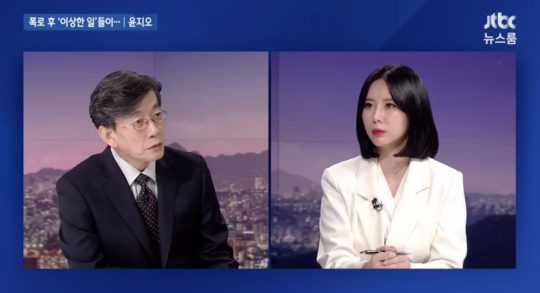 When asked if the general atmosphere around the case has changed since 10 years ago, she said, “There are some things that have changed overall, but the investigation is the most important part, and it feel like that has been stagnant since 2009.”

“The case has been extended for two months, but as a witness, I have no way of knowing any details about the investigation, and there’s nothing that I can do except insist on thorough investigations through interviews with the press.”

Yoon Ji Oh added that though she initially was regarded negatively by the public, the investigations have progressed after she revealed herself through the media.

“People ask me why I’m doing this, but I’ve never really thought about why. I just think it’s the right thing to do as a human being. I think if I were the victim, [Jang Ja Yeon] would have done the same for me.”