Police have reportedly procured evidence of Park Yoochun’s drug use.

On the April 12 broadcast of MBC’s “Newsdesk,” it was reported that Park Yoochun was identified by police in an investigative report as the person who used drugs with Hwang Ha Na.

According to MBC, police secured testimony from Hwang Ha Na that she and Park Yoochun used drugs together two or three times early this year. Police, who launched into an investigation after securing the testimony, reportedly obtained a substantial amount of objective evidence to corroborate the allegations against Park Yoochun and have forwarded them to the prosecution.

On April 10, Park Yoochun held a press conference to publicly deny allegations of coercing Hwang Ha Na into using illegal drugs and using drugs himself. During the press conference, he had stated, “I have never used drugs let alone suggest it. I criticize myself every day as I endure pain and work hard to be able to act again and have activities. Therefore, I cannot even imagine that I would think of using drugs, which would make all of my efforts come to nothing. I will earnestly go to the police station and be investigated.”

Although Hwang Ha Na and Park Yoochun were previously revealed to have broken up in May of 2018, police suspect that they continuously met despite the change in their relationship. Police are considering investigating Park Yoochun early next week. 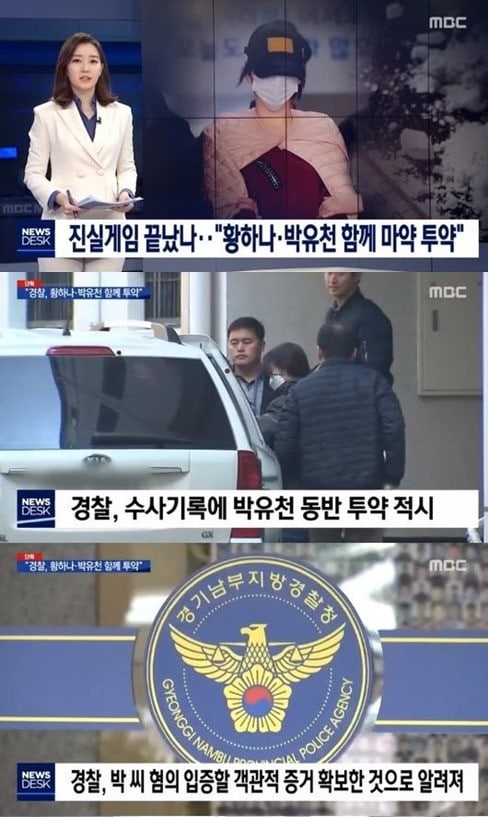 In another report by SBS’s “8 O’Clock News,” it was revealed that police banned Park Yoochun from leaving the country to prepare for any unexpected situations.

It was also reported that after police reinvestigated the 2015 case in which Hwang Ha Na was cleared of charges, they found additional information that Hwang Ha Na had allegedly used drugs.

Sources from the investigation team from the 2015 case denied suspicions of being pressured by others. They also denied receiving calls about Hwang Ha Na during that time.

Hwang Ha Na
Park Yoochun
XPN
How does this article make you feel?