Uee talked about the pain of dealing with malicious comments on tvN’s “Life Bar.”

On the April 12 broadcast, Uee appeared as a guest alongside her “My Only One” co-star Cha Hwa Yeon.

During the show, Uee talked about the “healthy beauty” wave that she created in the past. She explained, “The After School members had strong female characters. I had a healthy beauty image and I think people were fascinated by it. I got individual promotion opportunities after appearing on ‘Star King.’ At the time, I didn’t know about my popularity.”

About comments on her changed appearance after the results of dieting, Uee said, “I want to gain weight and maintain my thighs, but I can’t control that. I also can’t go back to my younger days just because I gain weight.”

She continued, “A lot of people said, ‘Why did you lose weight?’ and ‘I heard she got plastic surgery there.’ I would just ignore it if I were an ordinary person, but my parents and family can get upset if they hear that. I really don’t like showing others that I’m upset, so I try to be bright on set or wherever I am.”

Uee began to tear up while saying this, and the MCs expressed their concerns about her. She added, “After I moved out and lived alone, I began to get more unwell mentally and got lots of counseling.”

“To be honest, I was filming in Hongdae with Kim Kang Woo for ‘My Husband, Mr. Oh!‘ We were filming amongst many people and they were taking photos with the flash on. It was unexpected so my heart started beating quickly and I began crying. These people were just watching because the set was cool, but I couldn’t control it. Thanks to Kim Kang Woo, I got in the car. The staff was also surprised. It was a very bright scene, but I had reached my limit.”

Uee added, “While filming this drama when reuniting with Dae Ryuk, many people were at the airport. I should’ve said, ‘Thank you for watching our drama,’ but I kept looking down and felt sorry. When I say that I’m going through a tough time, people say that I’m not young anymore, have years of experience, am not an idol, and am whining. So I also think, ‘That’s true. I shouldn’t care about that.'” 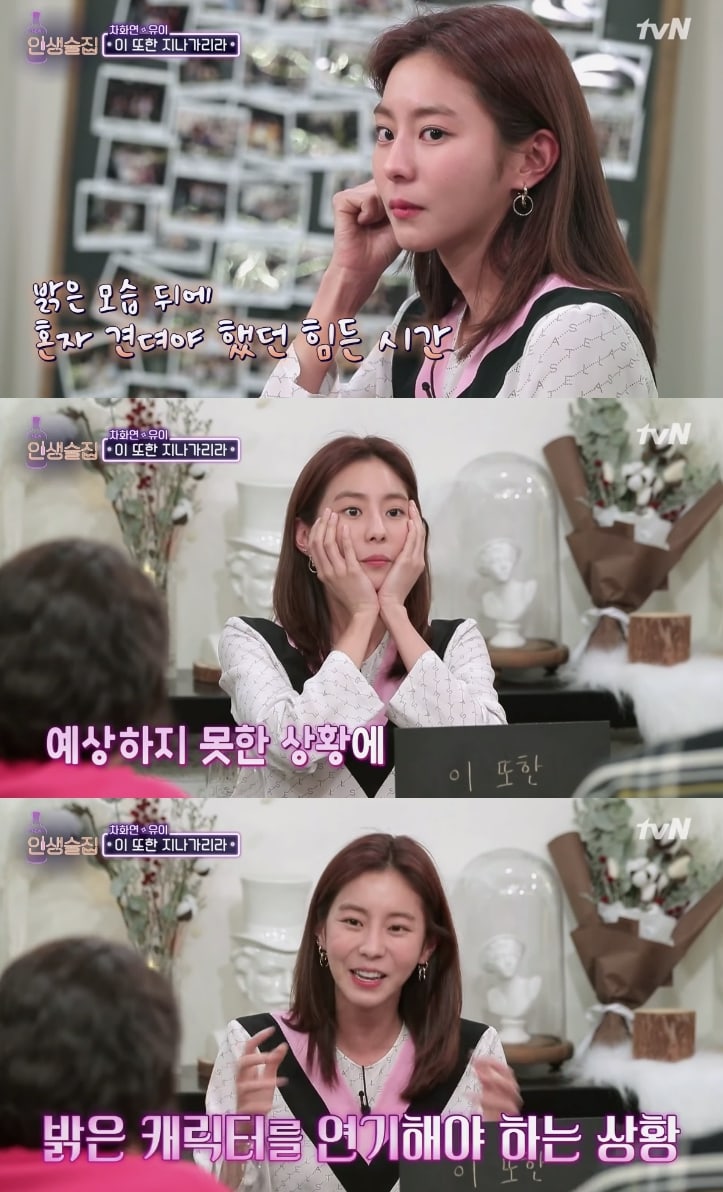 Start watching Uee in “My Only One” below:

Uee
Life Bar
How does this article make you feel?