The theme of this week’s episode of “Idol Room” was “Hello, Foreign Idols”! 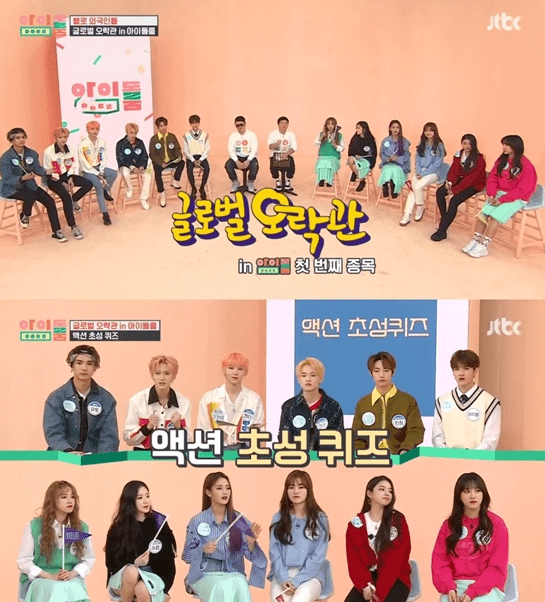 Samuel was the idol on the show who has lived in Korea for the longest time. He said, “It’s my ninth year in Korea. I spent half of my life in Korea. The people around me say I’m Korean. When I’m hungry, I think of Korean food and not foreign food.”

Jung Hyung Don asked if he dreams in English or Korean, and Samuel replied, “English is easier for me, but when I’m in Korea, I dream in Korean. When I go to China, I dream in Chinese.”

Samuel shared a funny incident in Korea. He said, “At first, I was surprised to see ‘grandmother’s bone soup’. I thought the soup was really made out of grandmother’s bones. I saw an elderly woman eating the bone soup and I was so scared.” The bone soup Samuel was describing is really a soup made with pork bones, but Samuel encountered it being described as a bone soup made by a grandmother, which led to his confusion! 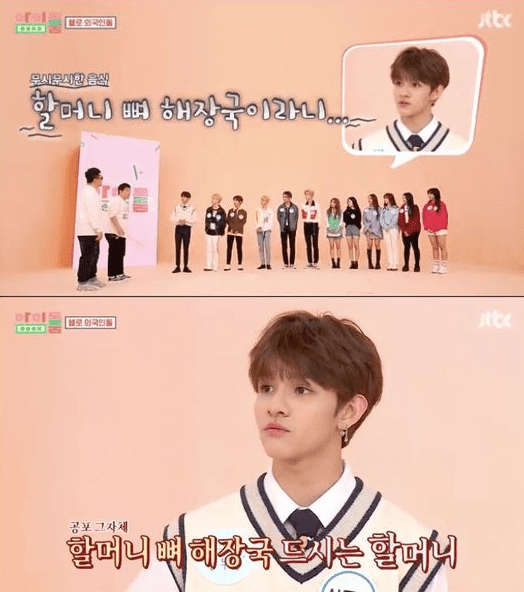 Chenle said he was fascinated by the system in Korea where men refer to older brothers or male friends as hyung and older sisters or female friends as noona. He explained, “In China, if there’s just one or two years of age difference, you just call them by their names, but in Korea, you have to call them hyung.” Renjun added, “I think it’s an excuse for him to speak informally. When we’re with other people, he calls me hyung, but he calls me Renjun in Chinese.”

The idols were also asked about their members who weren’t fun. Chenle picked Jeno, while Yuto revealed there are many members who aren’t fun in PENTAGON but chose Hongseok as the most boring one in the group.

Yan An introduced himself as “Kim Yan An.” Jung Hyung Don asked him why his last name is Kim, and the idol confessed, “I love kimchi. That’s why my last name is Kim,” making everyone burst into laughter.

Kenta revealed his Korean name is Ko Geon Tae. Kenta said Geon Tae is “Kenta” in Korean pronunciation and his family name means “high” (“Ko”) when he translates his family name into Korean.

When asked about their favorite Korean words, Shuhua revealed it was “Yuqi-ya” (an informal way to call Yuqi in Korean) while Minnie chose “heol,” which is a Korean slang term used to show surprise or disappointment. Minnie explained, “I can’t express heol in any other language,” and the other foreign idols agreed with her. 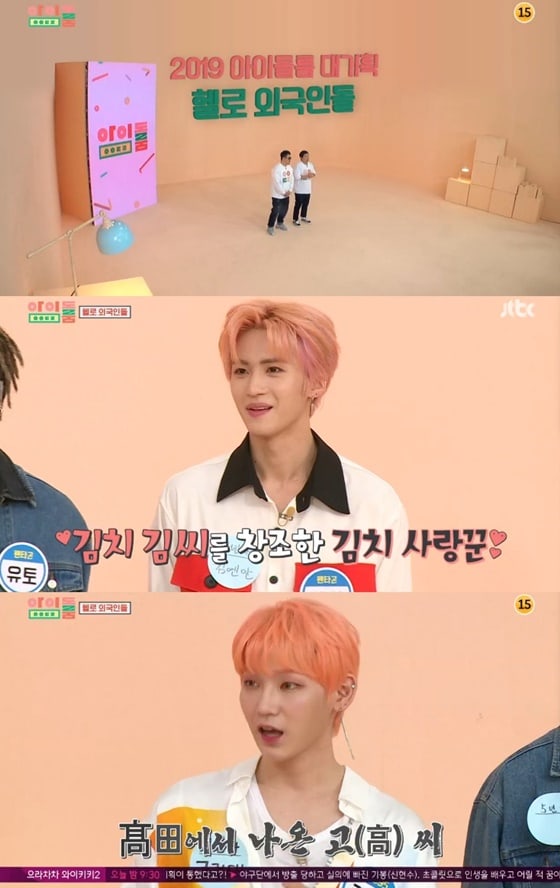 The foreign idols split into two teams with boys in one and girls in the other and played fun games against each other with Jung Hyung Don taking the girls’ side. Renjun whizzed through a quiz with his outstanding Korean skills while Yuto showed unexpected agility.

During the quizzes, Yuqi played the role of interpreter and host with her outstanding Korean skills. She has only lived in Korea for two years now, but she understood the hosts and also interpreted for Kokoro, Lin Lin, and Soso who had a difficult time expressing themselves. Yuqi confidently said, “I realized today that I have good hosting skills. Please invite me again.” 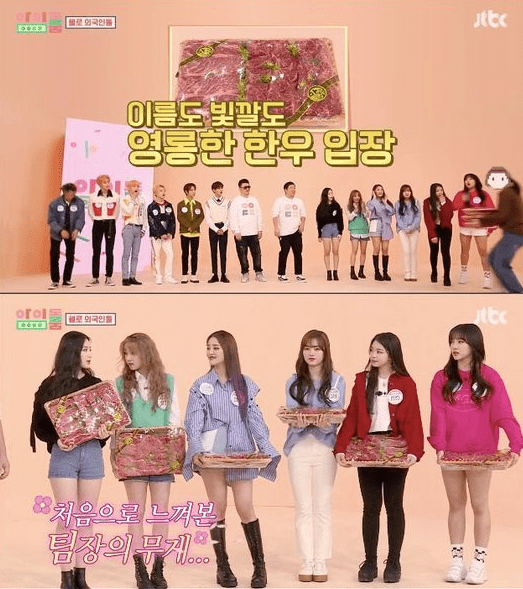