BTS Tops Oricon Weekly Digital Album Chart With “Map Of The Soul: Persona,” Breaks Record For Most No. 1s On Chart

On April 17, Oricon revealed that BTS’s new album “Map of the Soul: Persona” achieved No. 1 in digital sales within its first week of release. This marks the fourth time BTS has occupied the top spot on the weekly digital album charts, earning them the distinction of the most No. 1s in the chart’s history. 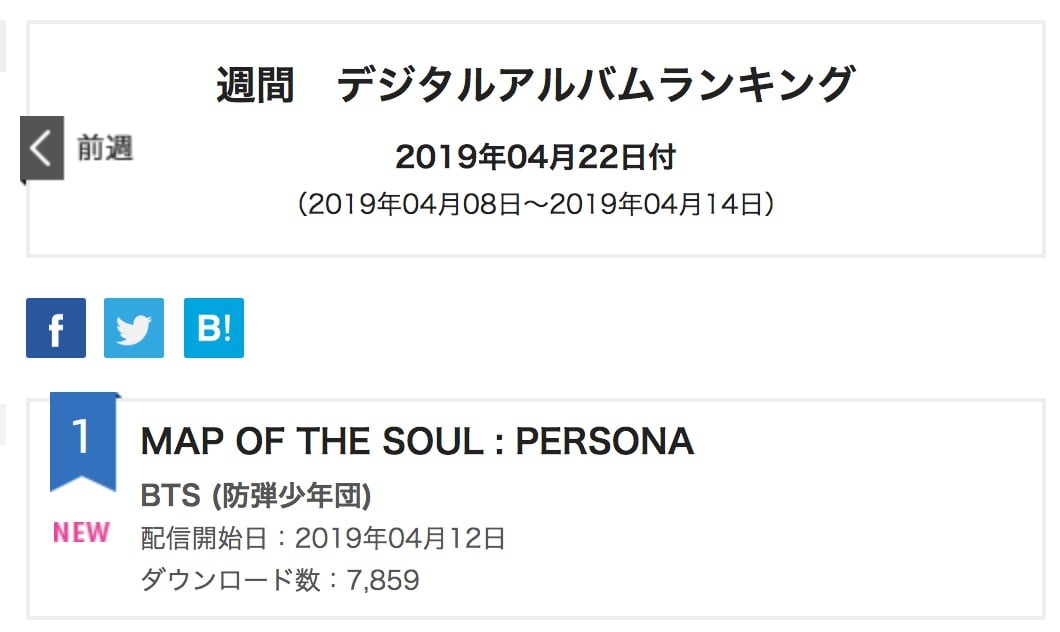 The group is also forecasted to take No. 1 on the US Billboard Top 200 and the UK Official Album Chart. Billboard expects album sales to rise from 20 million copies to 22.5 million copies by April 18, and if BTS attains No. 1 as anticipated, they will have achieved their third No. 1 album on the chart.

The Official UK Album Chart brought similar reports of record-breaking success, stating that sales of “Map of the Soul: Persona” have already surpassed the figures of BTS’s last three albums. The Official Chart states that if BTS “keep up their momentum,” they will be “the first No. 1 album from Korean act” on the chart.

At 11 a.m. KST on April 17, BTS participated in a global press conference at Seoul Dongdaemun Design Plaza. This comes ahead of their scheduled performance with Halsey at the 2019 Billboard Music Awards on May 1. Afterwards, the group will embark on their “Love Yourself: Speak Yourself” stadium tour to eight cities, starting in Los Angeles on May 4 and 5.