On April 18, Gaon Chart revealed its chart rankings for the week of April 7 to April 13, and BTS managed to top three separate charts with their latest release. The group’s new mini album “Map of the Soul: Persona” debuted at No. 1 on this week’s physical album chart, and its accompanying title track “Boy With Luv” (featuring Halsey) topped both the digital download chart and the social chart for the week.

Not only did BTS top the digital download chart with their latest title track “Boy With Luv,” but all seven of their new songs from “Map of the Soul: Persona” charted within the top 10: “Mikrokosmos,” “Make It Right,” “HOME,” “Jamais Vu,” “Dionysus,” and “Intro: Persona” debuted at No. 4, 5, 6, 7, 8, and 9 respectively.

Congratulations to BTS on their impressive feat!

BTS’s “Map of the Soul: Persona” debuted at No. 1 on this week’s physical album chart, with EXO’s Chen’s solo debut mini album “April, and a flower” maintaining its position at No. 2 and IZ*ONE’s “HEART*IZ” staying strong at No. 3. Meanwhile, Stray Kids’ “Clé 1 : MIROH” and PENTAGON’s “Genie:us” both re-entered the top five at No. 4 and No. 5 respectively. 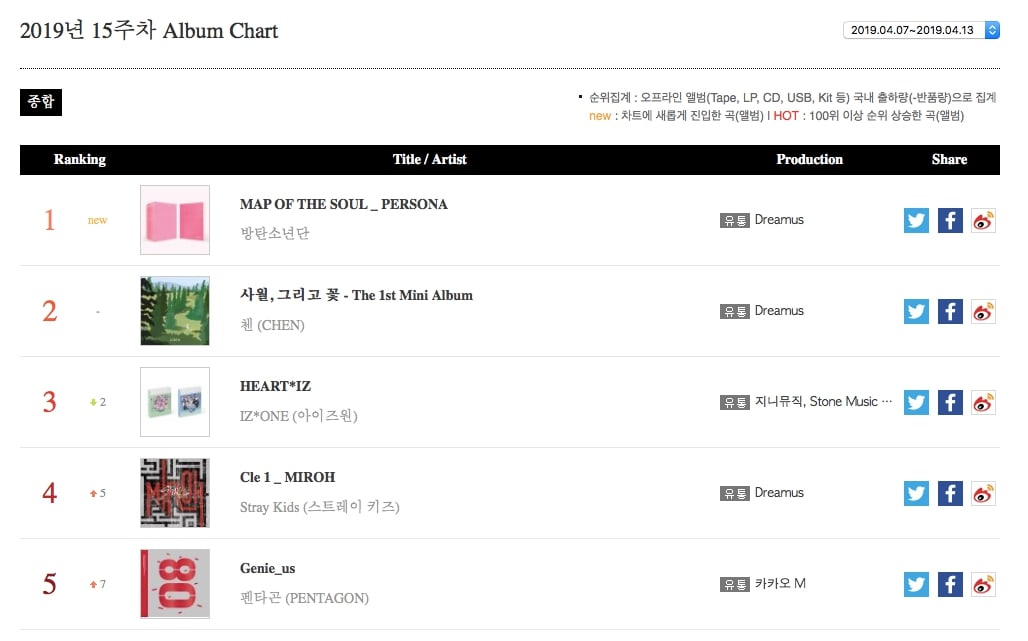 The top five songs for this week were exactly the same on the overall digital chart and the streaming chart. BOL4 took No. 1 and No. 4 on both charts with their new songs “Bom” and “Stars Over Me” respectively, while BLACKPINK’s “Kill This Love” shot up to No. 2. Girls’ Generation’s Taeyeon‘s “Four Seasons” came in at No. 3 on both charts, with Jang Beom June’s “Every Moment with You” trailing at No. 5. 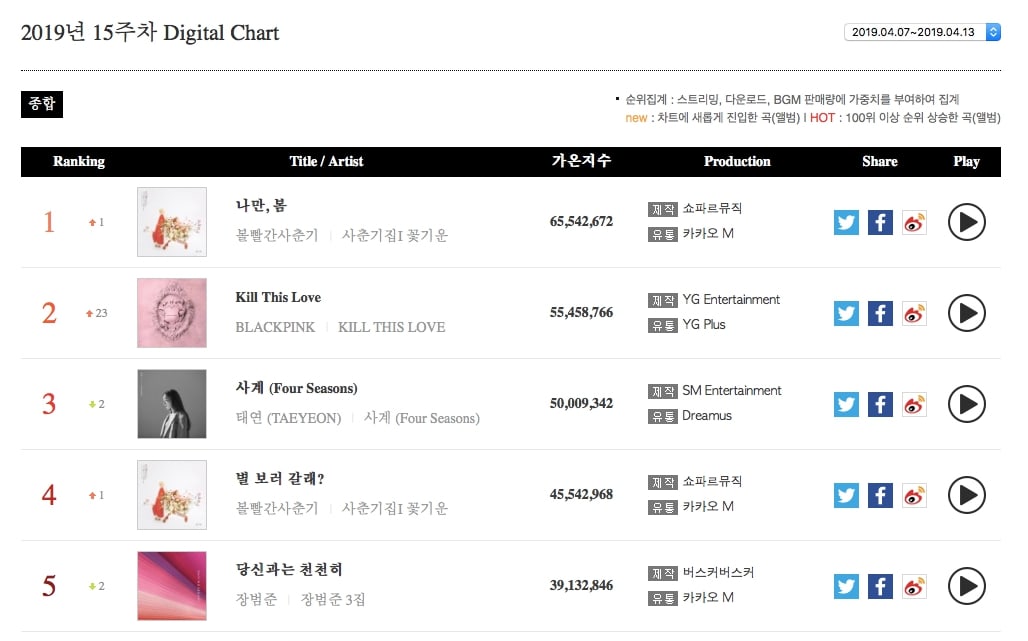 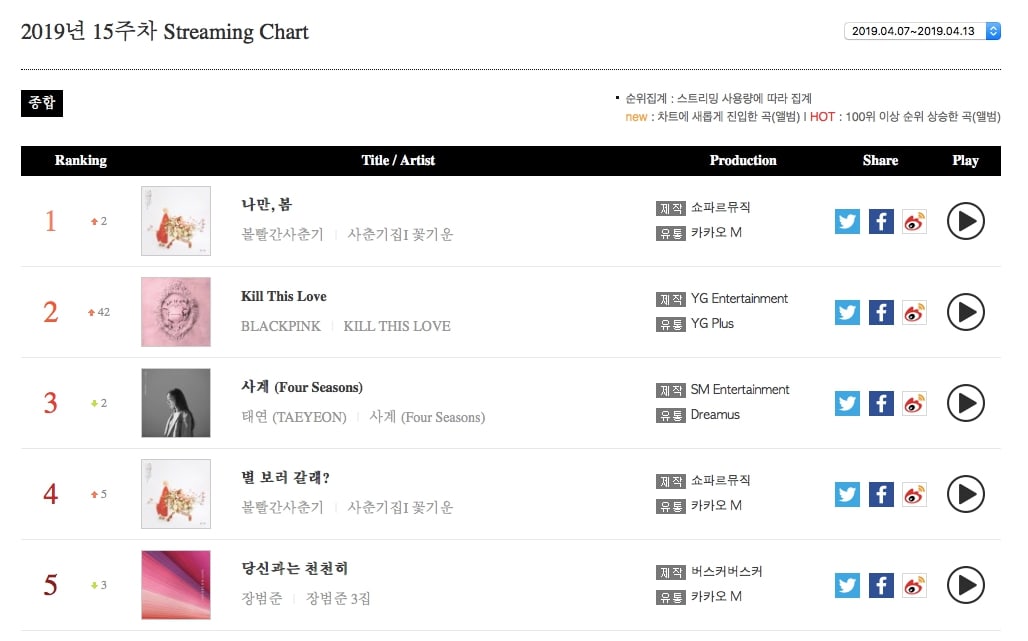 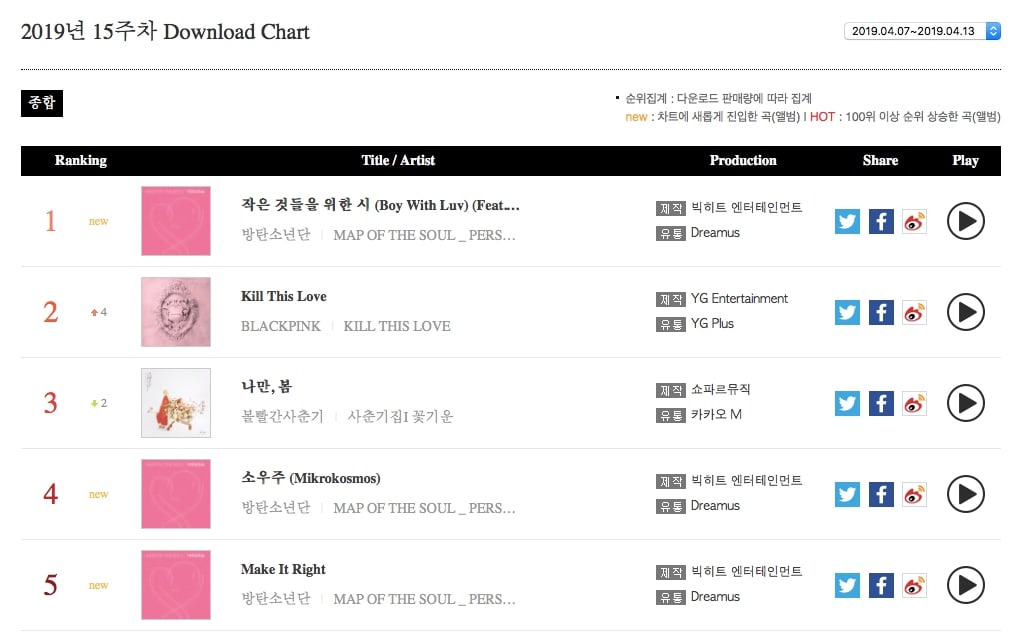 BTS’s “Boy With Luv” debuted at No. 1 on this week’s social chart, followed by T-ara’s Hyomin’s “Allure” at No. 2 and IZ*ONE’s “Violeta” at No. 3. Taeyeon’s “Four Seasons” rose to No. 4 this week, with MAMAMOO’s “gogobebe” rounding out the top five. 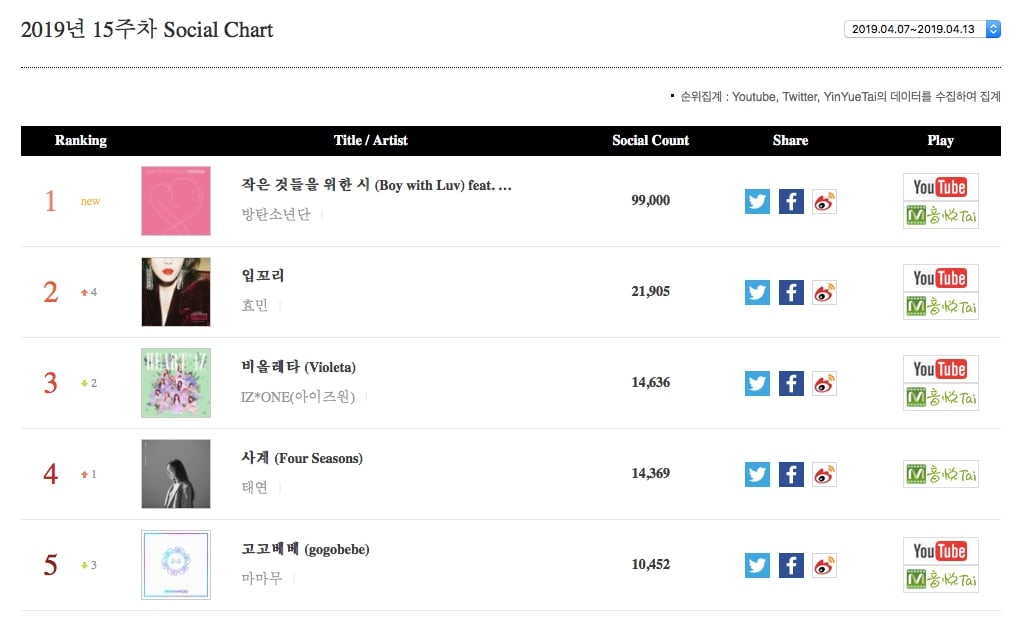