8 Taiwanese Dramas That Are Turning 10 Years Old This Year

The year 2009 continued to deliver memorable hits, and as they celebrate their 10th birthday this year, let’s take the chance to revisit their awesomeness. Here’s eight of them to take you down memory lane:

Note: while the term “idol dramas” is used, they’re not exclusively acted by idols only. Instead, they include dramas (mostly rom-coms) that are led by young-ish actors, and with a younger audience in mind. 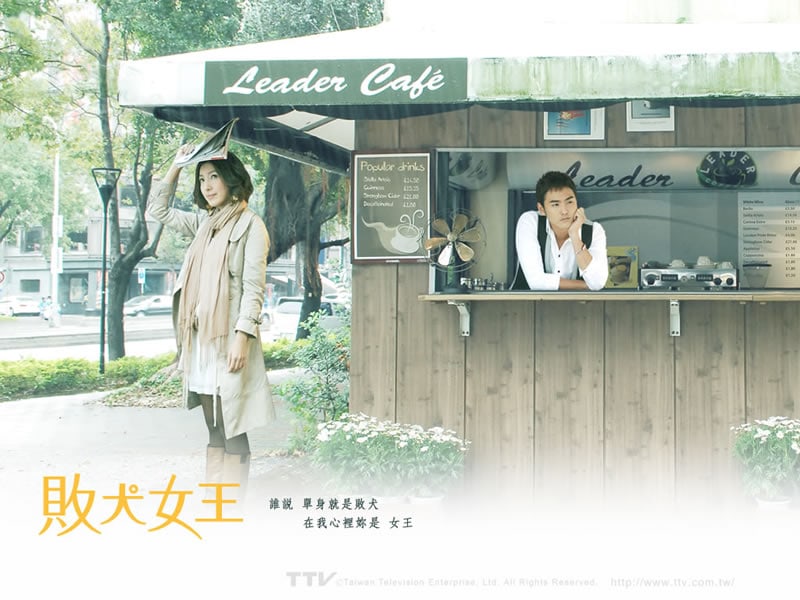 When the time this drama first aired, romantic relationships between an older woman and a younger man were less common. So “My Queen” was considered to be a refreshing concept that explored different relationship dynamics. And with the talented Cheryl Yang and Ethan Ruan in the leading roles, this drama maintained it’s top spot in viewership ratings throughout its run.

In 2014, it was also remade into the Korean version, “A Witch’s Romance,” starring Uhm Jung Hwa and Park Seo Joon. 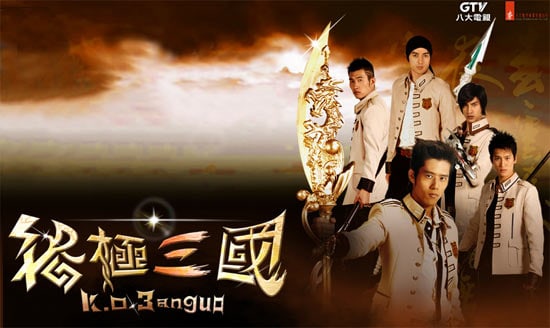 I remember watching the very first of the series, “KO One” and laughed at how ridiculous it was. I also couldn’t stop watching.

There’s something addictingly fun about this series, and this “K.O.3an Guo” installment is no different. While existing in the same universe, this entry is pretty standalone, so you won’t need to watch the previous installments to understand what’s going on (though it wouldn’t hurt.)

The characters here are loosely based on those from the Chinese Odyssey “Romance of the Three Kingdoms,” thus also adding some martial arts elements. The cherry on top is the killer OST, which also brings back many of the beloved songs from the previous entries! If you’re looking for a more modern take, you can also check out the 2017 remake. 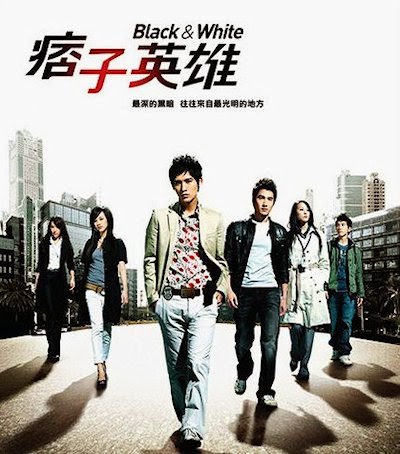 “Black and White” is an action drama involving two cops and their precinct, as well as the corruption that runs through the department and the city at large. The two cops, as the title of the drama suggests, are intrinsically different and have very different approaches to almost everything. This is a meaty drama with well-written characters and an engaging storyline, as well as dashes of romance and comedy to balance out the heavier tones. It’s so good, in fact, it’s won multiple awards at the 44th Golden Bell Awards, including the Best Actor award for Mark Chao, as well as Best Television Series, and Best Directing.

While the plot of rich-jerk-meets-sweet-village-girl doesn’t break any new ground, the drama itself is still pretty adorable and fun, and Joe Chen is always a solid watch. (This was also her last Taiwanese drama before moving her acting career mainland.) Also, Roy! Chiu! I totally fell in love with him because of this drama — from Han Dong Jie’s smokin’ hot bad boy look to his heart made of gold — I dare you to not feel the same! 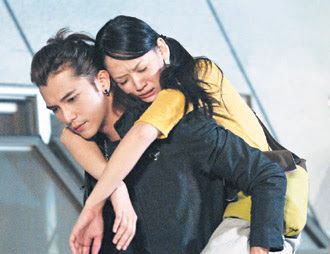 The Happy Times of That Year 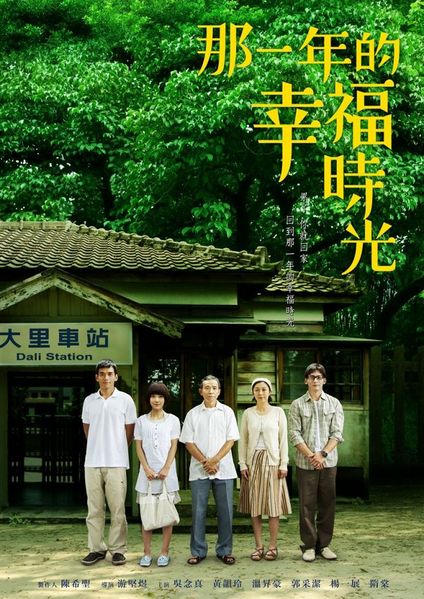 This is a story of how a man’s life changes drastically after he receives a sudden promotion. People start coming out of the woodwork, and old relationships take on new layers. But as they say, things that come easily, leave just as easily; and when Jiang Chen Bo (James Wen) quits his job, everything unravels. With the help of his family, he tries to bring back the truly happy moments. This drama was nominated for four awards at the 45th Golden Bell Awards, including Best Actor and Actress for James Wen and Amber Kuo respectively.

Watch “The Happy Times of That Year”:

“Autumn’s Concerto” is a beautiful piece of work, and definitely not your typical idol drama. It leans more mature and melodramatic than most, and the production value, the aesthetic, the strong storyline, the acting — everything is just top notch. The ratings were stellar during it’s run and claimed the spot of second-highest rated drama of all time. I, and everyone else I knew, was also in love with the opening theme song, “I Love Him” by Ding Dang. 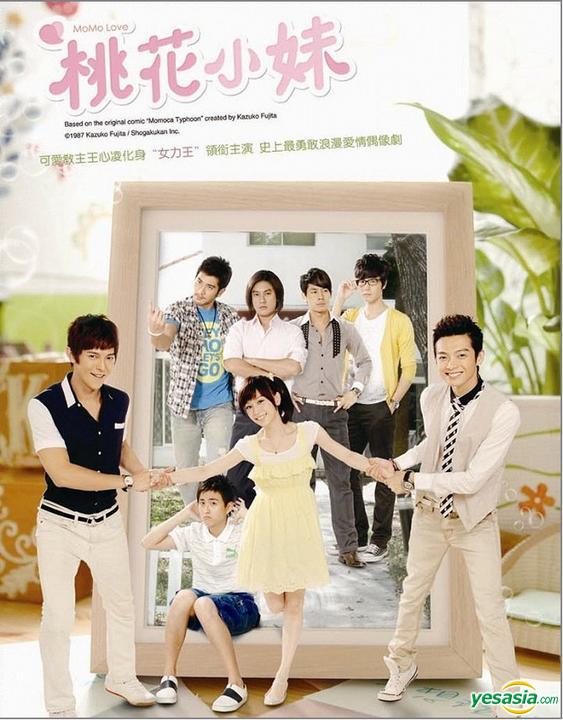 “Momo Love” is based on a Japanese manga, so you can expect some pretty outrageous antics. In this story, Tao Hua (Cyndi Wang) has five older brothers, all of whom are overprotective and dote on her way too much. Case in point: They make the fifth brother stay back a year in school so he can keep an eye out on Tao Hua. And while the story does get slightly over-the-top, the theme of family and love is evident, and may just have you yearning for some overprotective brothers of your own. Also, Godfrey Gao plays one of the brothers! (How did my brain forget this morsel of information?!) 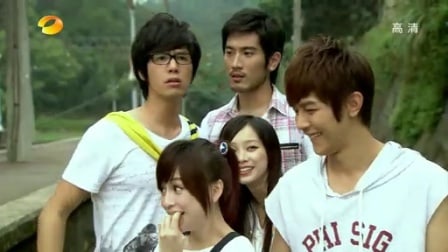 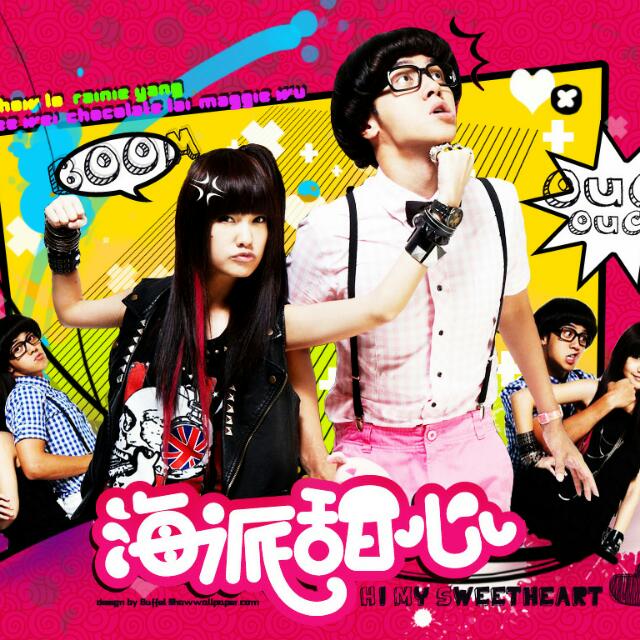 “Hi My Sweetheart” stars Rainie Yang and Show Lo, each with their own very memorable (read: questionable) hairstyles. When Xue Hai (Show Lo) decides to give being independent a try, his sister asks that he uses an alias instead in order to protect his true identity as a rich heir. When pretending to be a poor student (but with very real social awkwardness), he meets and falls in love with Chen Bao Zhu (Rainie Yang).

Both actors share really fun and zany chemistry, and as both are singers as well, they sang the opening and ending theme song themselves. The drama was also nominated for five awards at the 45th Golden Bell Awards, with Rainie Yang taking home the award for Best Actress.

Which of these 2009 shows was your favorite? Share your memories of them with us below in the comments section!

Belinda_C was an avid TW-drama viewer before entering the K-world. Come talk TV with her on Twitter!

All-time favorite: “Devil Beside You” & “Fated to Love You“

Soompi Spotlight
My Queen
Autumn's Concerto
K.O.3an Guo
Black and White
Easy Fortune Happy Life
The Happy Times of That Year
Momo Love
Hi My Sweetheart
How does this article make you feel?