Another victim has come forward to give testimony on sexual assault by a group chatroom member at a gathering overseas.

On the April 19 episode of SBS’s “8 O’Clock News,” it was reported that a woman (described as “Lee”) has arrived in Korea from overseas to give her testimony to the police.

In 2016, Lee was invited to a gathering by a friend who was acquainted with Seungri. The gathering was held abroad, and it included group chatroom members such as Seungri, Roy Kim, and former Yuri Holdings CEO Yoo In Suk.

SBS shared a chatroom conversation in which Seungri told others, “Eight have been recruited,” and a member with the surname Park replied, “Wow, great.”

SBS reports that the attendees gathered in the living room of the men’s lodgings for dinner and they drank together. However, Lee shortly lost consciousness, even though she describes herself as someone with a high alcohol tolerance. Her female friends that she’d gone to the gathering with laid her down on the floor of a room next to the living room.

However, her friends found her the next morning on a bed in another room. “There was another room attached through a bathroom,” Lee explained. “They didn’t find me in the place where I’d been lying down, they found me in the opposite room.”

When she was found, her clothes had been removed. She described that when she opened her eyes, her friends were yelling at her to come to her senses, and even though they pinched and hit her, she didn’t get up. “They said they spent half an hour trying to wake me up,” she said. “They were slapping me on the face and pinching me on the thighs, stomach, and arms.” She ended up going into the women’s lodgings and went back to sleep.

SBS describes that it was three years later, when the chatroom conversations were released, that she finally found out what had happened to her after she lost consciousness. 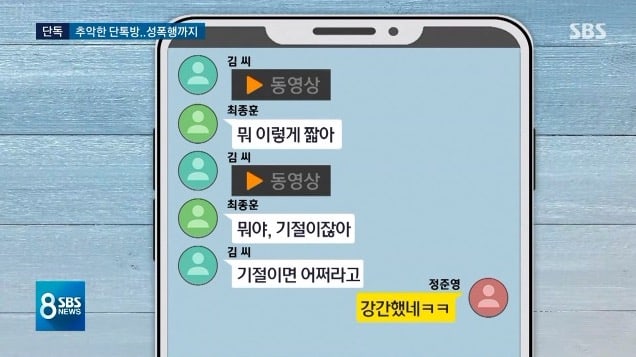 Lee has never received an apology from anyone in the chatroom. On the contrary, Kim stated during police questioning that while he admitted to illicit filming, the sex was consensual. Seungri’s representative has stated that Seungri didn’t know at the time that this had happened, and since it was a long time ago, he does not recall it.

Lee explained why she decided to draw the courage to give her testimony as a victim. “If this person goes free, they will think that the law is easy, and someone else will be the target of their crimes,” she said. “I also never thought that I would experience this. Anyone could become a [victim]. It could be my younger sister too. I hope that there will be no more victims, and I thought that I needed to speak out so that [he] receives that level of punishment.” 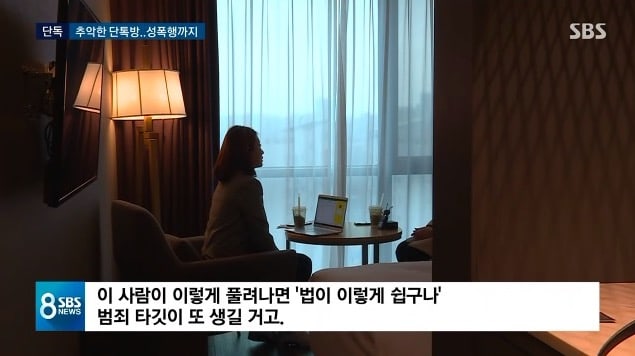 The police have confirmed that Lee is the woman in the video, and they have forwarded Kim to the prosecution on suspicions of quasi-rape (sexual intercourse where the perpetrator takes advantage of the victim being unconscious or unable to resist). SBS states that it appears there will need to be a further investigation to determine if drugs were used, due to her sudden loss of consciousness.

On April 18, it was reported that a woman testified that she was sexually assaulted by five men including Jung Joon Young and Choi Jong Hoon, and she is filing a lawsuit. Choi Jong Hoon’s lawyer has denied that he engaged in sexual activity with her.