Esom will make a transformation with her first take on a thriller drama.

“Save Me 2” is the story of a village that’s driven into a corner, a false faith that saves it, and a man who stands alone to oppose that faith. Choi Kyung Suk (played by Chun Ho Jin) tries to establish a false faith group in a village that’s been chosen as a submerged district for dam construction, and Kim Min Chul (played by Uhm Tae Goo) is the lunatic that stands up to him.

Esom will play a character named Kim Young Sun, who endures a hellish life every day because of her older brother Kim Min Chul, but slowly starts to change after she meets Sung Chul Woo (played by Kim Young Min).

The actress shared, “The false religion from [the original work] left a very strong impact, and I wondered how it would be reborn as a drama. Despite her hellish life, Kim Young Sun is a woman who never loses hope, so I felt more drawn to her.”

Kim Young Sun grew up in a chaotic family with a violent father, vulnerable mother, and troublemaker brother, so she had to learn how to stand strong on her own. She thought she could live a normal life like everyone else if she endured a bit longer, but her brother comes back, and her hellish life started again. However, she found hope again through Sung Chul Woo. The question is whether this hope will be real or fake.

The stills revealed on April 20 features Esom as Kim Young Sun who is tired of living a heartless life. Her hair is tied carelessly, and her face is filled with struggles. However, when she’s in the chapel, she stares at something with a confident expression. 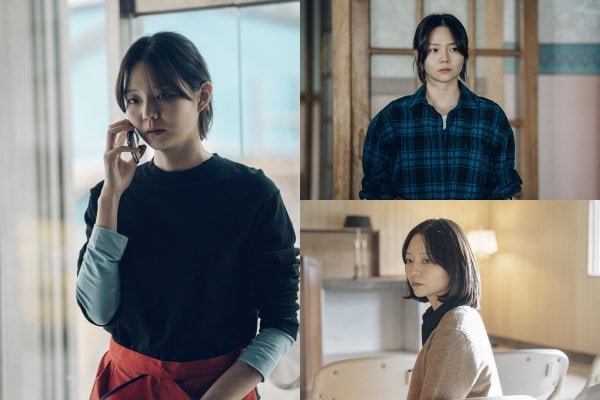 Esom revealed, “The original character was so strong that the biggest task was to erase that image first. I’m trying to create and portray a new Kim Young Sun who will surpass the original Kim Young Sun.”

Lastly, she said, “I’m nervous because this is a genre I’m attempting for the first time, but I’m excited and happy whenever I film. I hope it will be delivered well to the viewers who watch the drama. Please look forward to ‘Save Me 2’ being reborn with another interpretation.”

Esom
Save Me 2
How does this article make you feel?