Producing director (PD) Lee Myung Woo shared his thoughts on the success of “The Fiery Priest.”

“The Fiery Priest” premiered on February 15 and concluded on April 20. It was praised as a “well-made drama” that topped the list of buzzworthy TV shows and achieved viewership ratings of over 20 percent.

“It was really unexpected,” began PD Lee Myung Woo. “At first, I thought, ‘Is this reaction real?’ but I became happy after receiving lots of love, attention, and high viewership ratings as time passed. Thanks to that, I, the staff, and actors gained lots of strength, and it also helped to maintain the completeness and consistency of the project.”

The cast and PD Lee Myung Woo will appear on the April 25 special talk show “We Are in a Fiery Relationship” (literal title) to share stories from filming. The PD revealed that he first rejected the offer to appear on the program, but decided to come on the show because viewers were curious about many things and he knew the most about the drama as its director.

PD Lee Myung Woo explained, “While thinking about the offer to appear, I remembered thinking about how I thought it would be nice to surpass 10 percent before the drama began. The drama received good reviews and achieved high viewership ratings of over 20 percent, so I thought that it would be really meaningful if I could personally appear and give joy to the viewers. So I participated in the filming and was so happy that I was given this opportunity.” 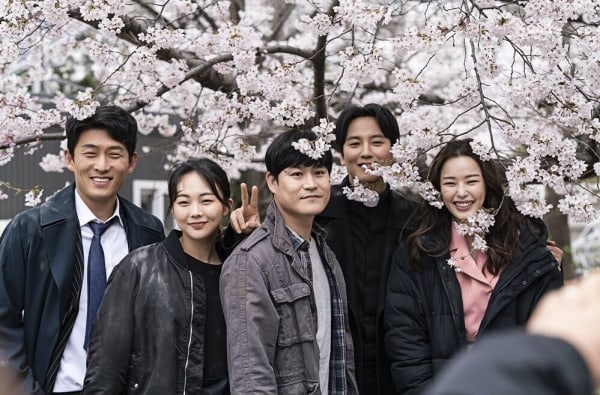 “The Fiery Priest” was a fun drama with a heavy message and was filmed differently than Lee Myung Woo’s past dramas. In order to send a message to people already used to the tolerance of irrationalities of society, the PD tried to direct the drama with a lighthearted tone that was fitting for a family drama. Thanks to this, viewers joyfully tuned in to the comical storyline and dynamic action scenes.

“It’s because writer Park Jae Bum did a good job writing a heavy message within lightness,” said PD Lee Myung Woo. “There was a burden of attempting a Friday-Saturday drama for the first time and competing with strong variety programs, but the mutual understanding between the actors and staff of creating this in a fun way worked out.”

The series also succeeded thanks to support from the Catholic Church. The PD said, “Starting with the planning stages, we revealed the whole story to the Catholic Church and asked for help. At the time, the story and Father Kim Hae Il were different from the usual priest, so we worried and even prepared an alternative.”

According to Lee Myung Woo, a Catholic diocese official asked, “Director, this is a drama where the priest carries out God’s words right?” and he replied, “That’s all correct, and I’ll take care of everything if misunderstandings occur.” When there were small stories about the Catholic Church in the drama, the church officials said, “Doesn’t the reality of justice that Father Kim Hae Il is trying to achieve coincide with God’s message in the big picture? Don’t worry, and please do a good job with the drama.”

As a result, “The Fiery Priest” succeeded as a drama and for the Catholic Church. Yakhyeon Catholic Church, the main filming location in the drama, became a tourist attraction, and its congregation grew as well.

PD Lee Myung Woo commented, “I thank the police and employees at the borough office for their help. Due to the progression of the story, they appeared on the opposite side of the main character. But next time, I’ll think of a good story that helps the prosecutor and police.” 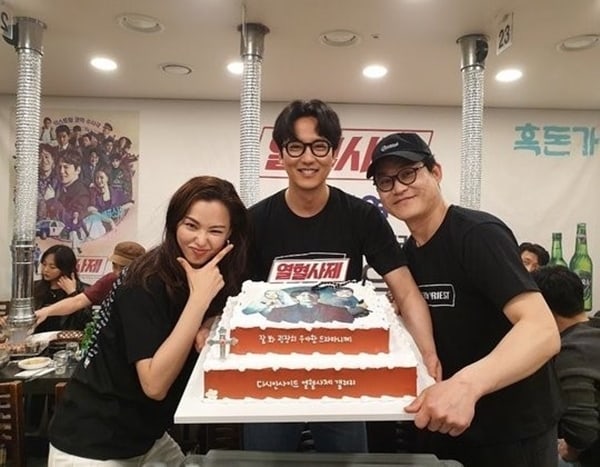 About the words “We Will Be Back” that appeared in the finale, the PD stated, “After some time, I learned that the viewers were looking forward to season two. As a director, I thought a lot after hearing this and seriously deliberated whether or not to insert this caption. Nothing has been confirmed right now, but we plan to open it up for discussion.”

On Kim Nam Gil’s nomination for Best Actor at the Baeksang Arts Awards, the director commented with a thumbs up. “‘The Fiery Priest’ wouldn’t have been able to exist without actor Kim Nam Gil, and he’s one of the major reasons for catharsis in the drama.” He added, “He showed an enthusiastic performance without holding back and is an actor who really tried his best in the drama, so he deserves praise.”

In the meantime, check out the latest episodes of “The Fiery Priest” below!

The Fiery Priest
How does this article make you feel?