INFINITE’s Nam Woohyun will be going on an Asia tour!

On April 27, Woollim Entertainment revealed, “Continuing from Nam Woohyun’s domestic concert held near the end of last year, Nam Woohyun will be going on an Asia tour starting with ‘Arbor Day in Taipei’ today at 6 p.m. local time at Taipei International Convention Center (TICC) in Taiwan to [a concert] in Macau scheduled to be held on June 2.”

Nam Woohyun held his first solo concert “Arbor Day” at Blue Square in Seoul from November 2 to November 4 last year. Tickets for the concert sold out within 2 minutes of release.

Woollim Entertainment shared, “Due to requests from many fans abroad from all over the world immediately after the domestic concert, it was decided that [Nam Woohyun] would embark on an Asia tour.”

Currently, Nam Woohyun is receiving a warm response for his role as the Blue House’s security guard Moo Young in the musical “The Days.” Recently, he has also been cast for “Mefisto” which will begin its run on May 25.

Amidst his busy schedule, Nam Woohyun is also preparing for a solo comeback in May. 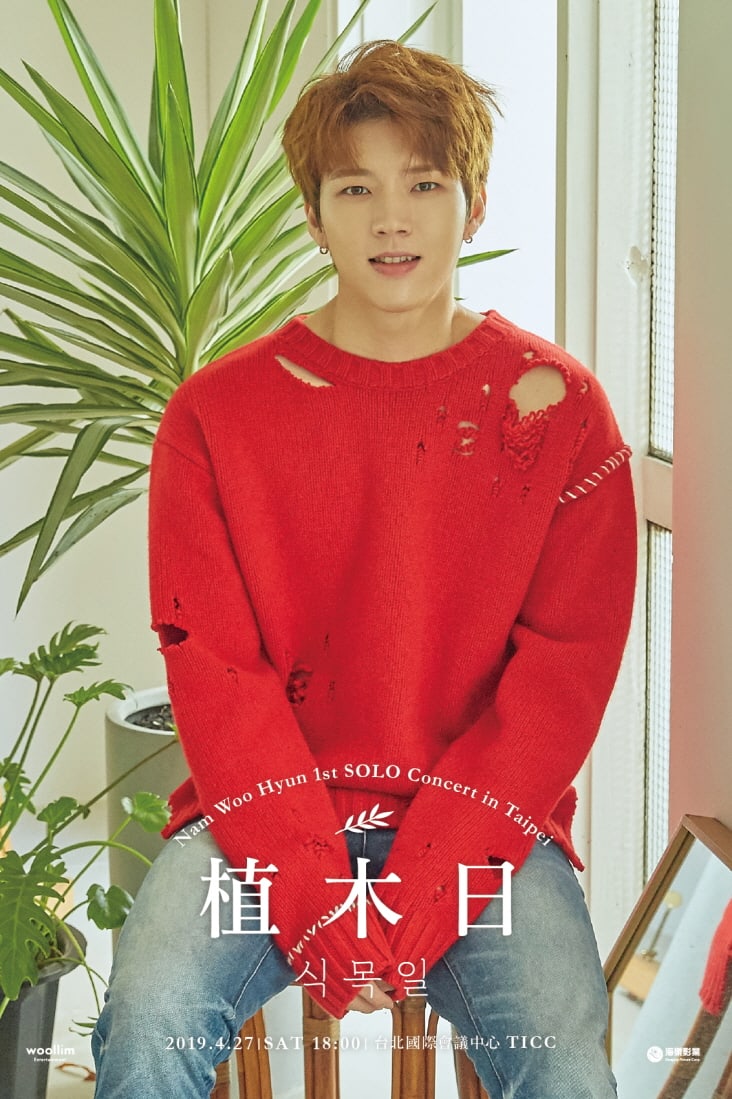