Kim Ji Suk spoke about his best friend Yoo In Young on SBS’s “My Ugly Duckling.”

On the April 28 broadcast, the actor appeared as a special MC.

MC Shin Dong Yup asked about his close celebrity friends, and Kim Ji Suk answered, “I’m close with all of the actresses from the dramas I appeared in. And out of all of them, I’m the closest with Yoo In Young. [We’ve been friends] for over 10 years.”

He continued, “Other people sometimes ask if we’re pretending to be just friends when we’re actually dating or if we dated in the past since Yoo In Young is so charming and pretty. But we’re really just friends to the point where we know everything about each other.”

When MC Seo Jang Hoon asked if they weren’t attracted to each other, the actor replied, “We’re completely past that. We were co-stars and then became friends. When I dated other people, my girlfriends were okay with everyone else, but it felt like they were a bit competitive with Yoo In Young. I sometimes enjoy that [jealousy].”

Sharing a story about how their friendship led to an argument, Kim Ji Suk said, “All [of my ex-girlfriends] asked, ‘Did you date?’ ‘Are you guys really just friends?’ but one, in particular, didn’t ask anything. She wasn’t curious or interested at all. So I actually asked her why she didn’t ask if we’re friends or if we used to date, and she said, ‘Isn’t she obviously your ex?’ She also had a guy friend just like I had my friend Yoo In Young, so I asked if she used to date him, and she said yes. That’s so unfair. [Yoo In Young] is just a friend, but she was friends with her ex-boyfriend. That doesn’t make sense, and so we slightly argued about that.” 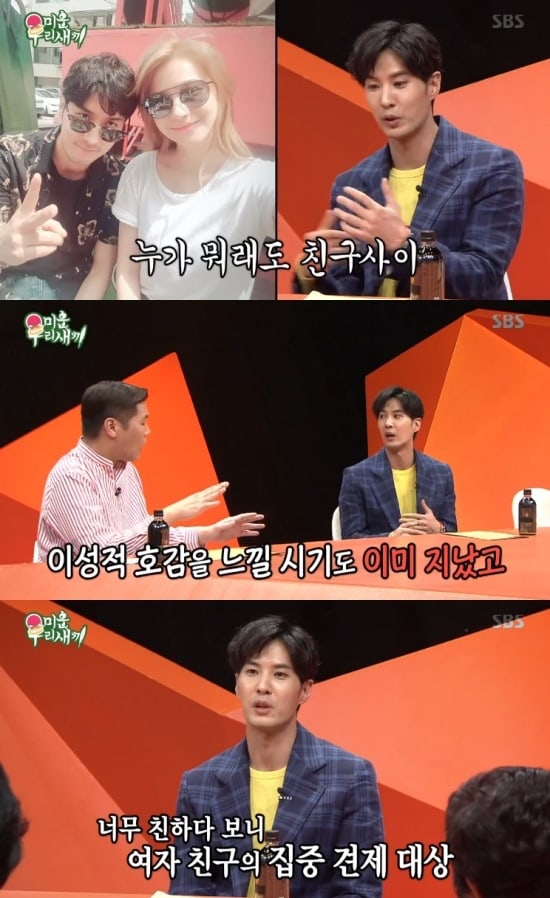 Check out a full episode of “My Ugly Duckling” below!

Kim Ji Suk
Yoo In Young
My Little Old Boy
How does this article make you feel?