On April 29, Kim Nam Gil sat down for an interview to talk about his recently ended drama, “The Fiery Priest.”

The production staff of “The Fiery Priest” released a statement not long after the drama’s finale that they were currently in talks for a second season.

Kim Nam Gil said, “The crew were talking about Season 2 from about Episode 17 or 18. It wasn’t a drama that we made with seasons in mind. When we went on our reward vacation, the actors talked about it among ourselves and the response was positive. We said that we wanted to move forward without any of us leaving and without adding someone else to the cast.”

He continued, “It’s true that I have a lot of concerns about what I can show and what we can bring to a second season. We didn’t really have a lot of expectations for the ratings in ‘The Fiery Priest,’ but it did well. I think Season 2 will be about properly telling the stories that we want to tell. We mentioned that we didn’t want to wait too long. But that’s not something that we can control…”

Kim Nam Gil also recently turned down the offer to star in the sequel to the movie “The Pirates.” He said, “I thought about it for a very long time,” he said. “I thought I was really lucky to be offered a lead role in the second part of the series. But lately I have been overworking my body. They said that filming would begin in June, and I didn’t have confidence in my ability to rest properly before then.”

He added, “When I was injured, it affected a lot of people around me. The other actors couldn’t be easy around me, and the production crew were also hyper-aware of the situation. I think that it would have been adding unnecessary pressure on the cast and crew, so although my relationship with ‘The Pirates’ remains good, I decided I couldn’t do the sequel. An action movie has to be done right, after all.”

Kim Nam Gil injured his wrists and ribs while filming action scenes for “The Fiery Priest.” 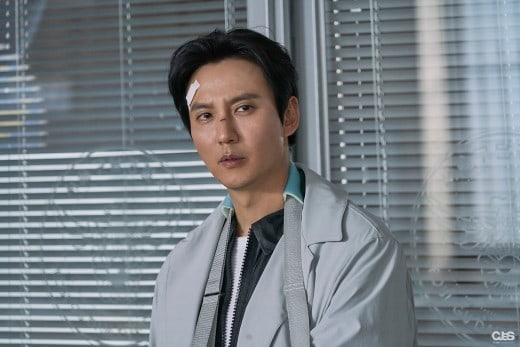 Check out an episode of “The Fiery Priest” with English subtitles below:

The Pirates
Kim Nam Gil
The Fiery Priest
How does this article make you feel?