Girl’s Day’s Minah is full of spunk as she works on drama sets as a special effects makeup artist.

“Absolute Boyfriend” is about Uhm Da Da (played by Minah), whose heart is closed off due to wounds from love, and the romance that occurs when she meets Zero-Nine (played by Yeo Jin Goo), a humanoid robot built to be the perfect boyfriend.

Making her first small screen comeback in three years, Minah will be playing the “analog” personality Uhm Da Da, a talented special effects makeup artist who can make anything from fake blood to a full corpse. As she works on drama sets where things move at an urgent pace, she pours everything she has into making her creations as real as possible. With her ability to brush anything off, she reacts and takes things calmly when the unexpected occurs, and she has an outspoken manner when it comes to injustice.

In the released photos, Minah transforms into the head of the special effects team. With her sleeves rolled up and working gloves on, she is ready to take on the challenges of working on a drama set. 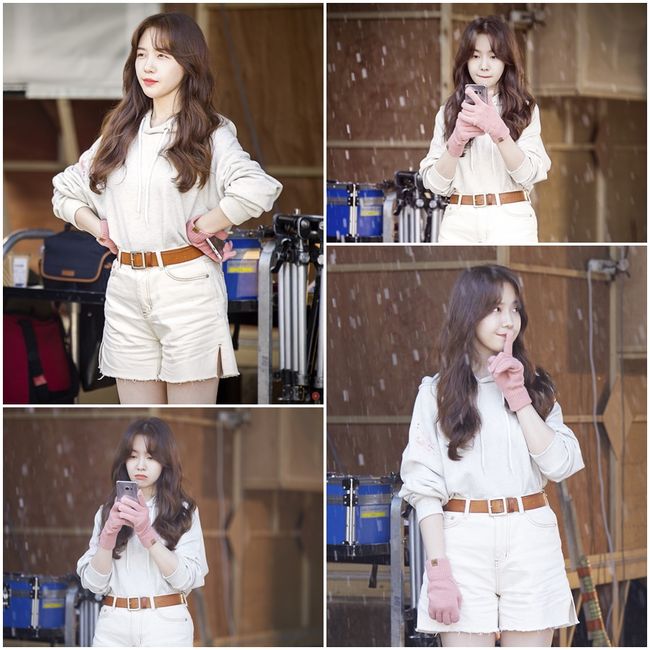 It was reported that on the day of filming this scene, Minah arrived with a cheerful smile. She greeted the staff members and fellow actors, adding energy to those on set. She perfectly expressed her character’s positive approach to unexpected situations, and she also took care of the other cast members behind the scenes, cheering them on as they did their own scenes.

The production staff stated, “From the scene where Minah created the fake blood to the scene where she made a fake corpse out of a dummy, she worked very hard to portray the job of a special effects artist. Please look forward to ‘Absolute Boyfriend,’ a ‘new and special romance’ where Minah acts passionately without portraying even a single emotion carelessly.”

“Absolute Boyfriend” will air its first episode on May 15 after the conclusion of “Big Issue” and will be available on Viki!

Girl's Day
Minah
Absolute Boyfriend (KR)
How does this article make you feel?