“Girl Cops” is about two female detectives who work together to solve a digital sex crime that the rest of the police force has given up on. Ra Mi Ran plays a former legendary detective named Park Mi Young, while Lee Sung Kyung portrays a hotheaded detective named Ji Hye.

Ra Mi Ran trained for a month-and-a-half in wrestling and boxing at an action school to play the role of Park Mi Young. Lee Sung Kyung also learned basic moves and kicks at the action school. Both of them are expected to captivate the audience by showing thrilling action and professional acting. 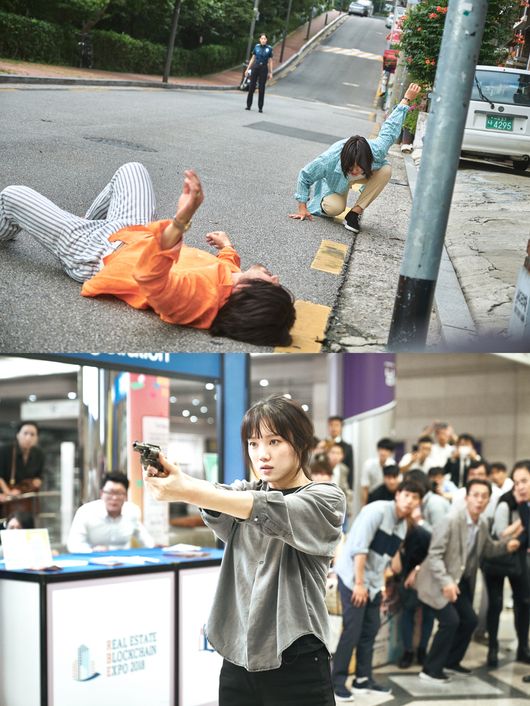 For three months, the cast and crew suffered in the first scorching heat wave in 111 years when the temperature reached 40 degrees Celsius (approximately 104 degrees Fahrenheit). The two lead actresses ran across the hot asphalt as well as ran and rolled through alleyways in Seoul during the heat wave that lasted all day and night. In addition, the rooftop scene was filmed five times under the scorching sun without any shade, making the scene even hotter.

Ra Mi Ran, Lee Sung Kyung, and Yoon Sang Hyun also had to overcome the heat in a fire scene. Ra Mi Ran, who had to sprint to the rooftop wearing a leather jacket and wig for a flashback scene, said, “I tried my best not to lose my mind. The most memorable thing about ‘Girl Cops’ was that it was really hot.” 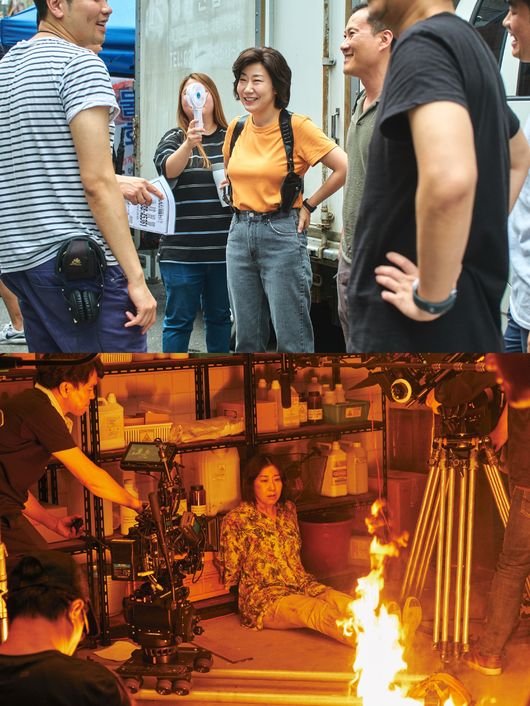 Since “Girl Cops” is a film about digital sex crime, which is prevalent in Korean society, most of the key scenes of the incident have been filmed on location to create vividness and realism. The case that caused Lee Sung Kyung to be kicked to the public service center after being disciplined was filmed in Sinchon, and the unofficial investigation team was born in the public service center. The duo found a clue on an apartment rooftop in the neighborhood of Yeonhui and dressed in Hawaiian shirts for a scene on the streets of Itaewon, while their final showdown took place at COEX in the neighborhood of Samseong.

In particular, the car chasing scene made this the first Korean movie to be filmed with full control of Dosan Boulevard. The first-ever attempt to completely control the ten-lane road in the heart of Gangnam over two days on a weekend added to the enthusiasm and efforts of actors and staff, which created a car chase full of energy and tension. 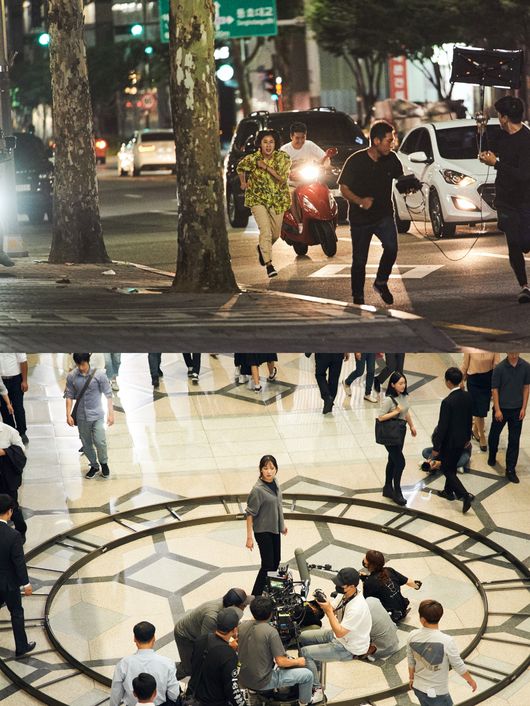 “Girl Cops” will be released on May 9.