Welcome back, Ok Taecyeon! 2PM’s lead rapper is finally being discharged from military service on May 16, and we couldn’t be more excited.

Taecyeon went through a lot to serve as an active-duty soldier. Not only did he give up his permanent residence in the United States, but he also had two separate surgeries on his back to be declared fit enough. We Hottest would be happy just to see him come back healthy, but in typical Taec fashion, he went one better. Throughout his service, Taecyeon impressed his fellow soldiers, civilians, and fans alike with his outstanding conduct and all-around adorableness. Here are just a few moments when we all fell even deeper in love with our Okcat.

1. When he got all the accolades for his hard work

From the very beginning, Taecyeon excelled in the army. Once he had completed his basic training, he was promoted to a post as a military instruction assistant at the 9th Armed Forces Division in Gyeonggi Province. According to reports, this was all down to his excellent attitude and performance. 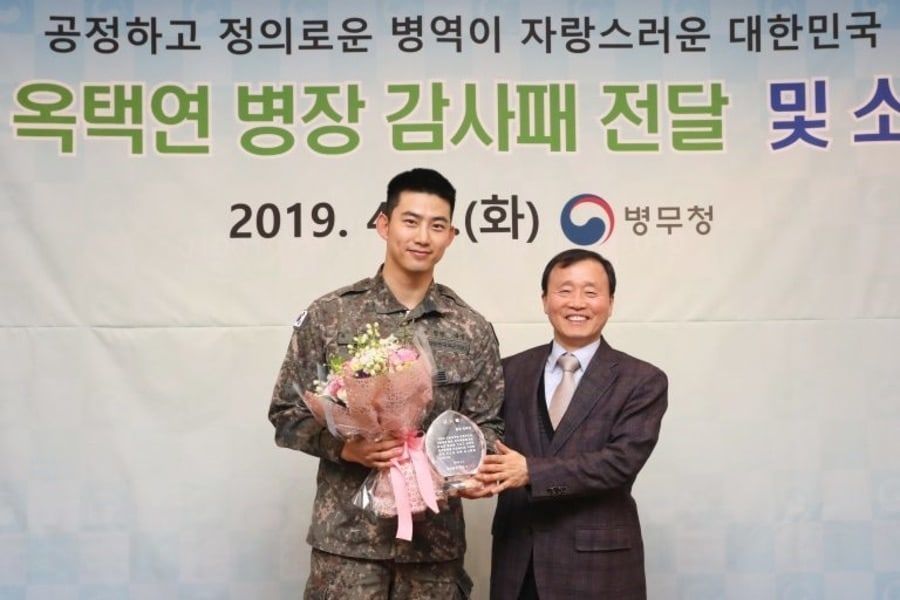 But of course, that’s not all. Earlier this year, Taecyeon was promoted to sergeant ahead of time (alongside former “Dream High” co-star Kim Soo Hyun). Early promotion is reserved for only the most outstanding soldiers and is capped at 10 percent of candidates. After all that, he even received an award just last month for his exemplary conduct. Get it, Taec!

2. When he reunited with 2PM for the PyeongChang Winter Olympics

In early 2018, 2PM was invited to perform at the 2018 PyeongChang Winter Olympics. Nobody really expected Taec to join them, so it was the best kind of surprise when we found out the group would reunite. Even before Taecyeon became the first to enlist, 2PM members had been focusing a lot on solo activities, with most of their group activities taking place in Japan. It was really special, then, to get a group performance in Korea on such a unique and memorable occasion.

Our favorite part of the whole event? It has to be this hilarious fancam of the members rehearsing their 2009 monster hit “Heartbeat.” Taec got adorably embarrassed while performing the iconic opening choreo still dressed in his uniform and failed miserably as he tried to get the audience to stop cheering.

3. When he went viral as “Captain Korea”

When they first debuted, 2PM was known as the “Beast Idols.” Their ripped, muscular physiques and “manly” vibes made waves for being so different from the usual “flower boy” aesthetic that pervaded K-pop at the time (and still does, tbh). Taecyeon was considered the biggest beast of them all, and several photos of him in uniform reminded us all why that was. 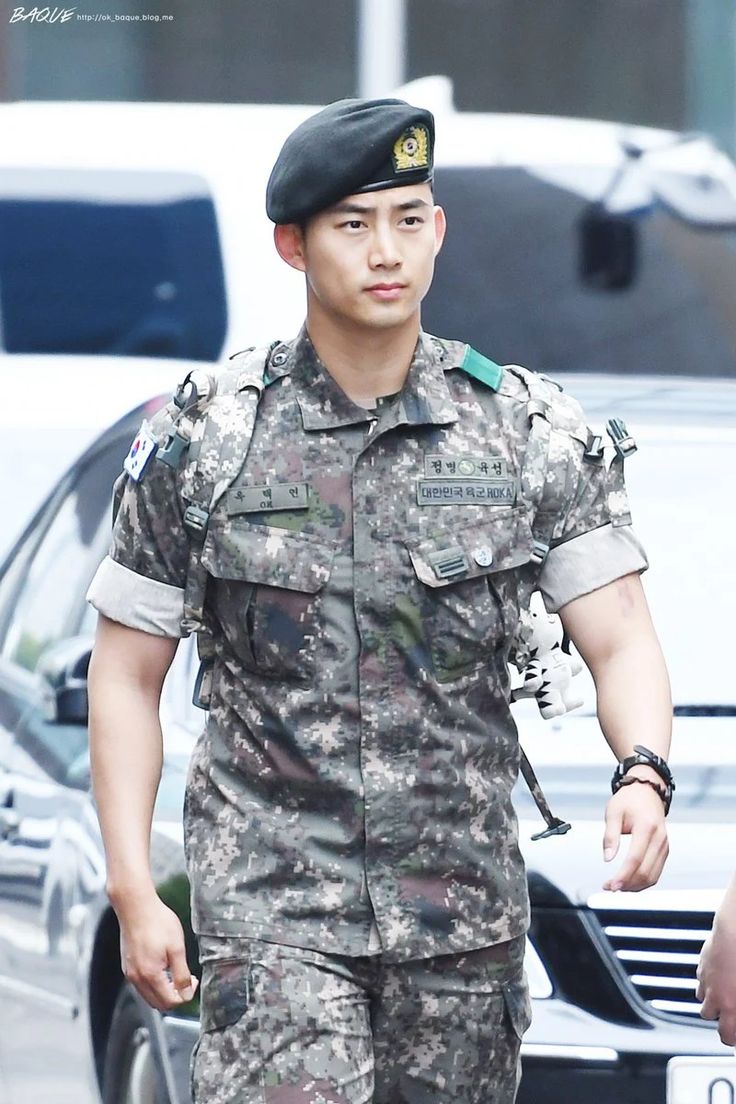 Perhaps more than any other idol, Taec visibly bulked up during his military service. We fans adore him in any shape and size, but for the general public, it was A Moment. He quickly earned the nickname “Captain Korea” for his heroic visuals. I mean, if the world was going to end, wouldn’t Taecyeon be the first person you’d call?

4. When he was both a badass and a huge dork on Armed Forces Day

Last October, Taecyeon participated in a special event celebrating the 70th anniversary of Armed Forces Day. He helped to demonstrate a future combat implementation system, giving a glimpse of new weapons systems that the army would soon be putting into use. As such, we got to see then-Corporal Ok in full high-tech battle gear. As you might expect, it was totally badass. 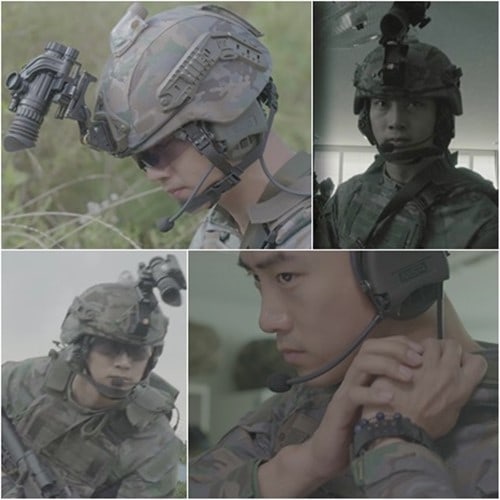 But Taec being Taec, the badassery didn’t last all that long. Fans know that as “beastly” as he might appear, he is most of the time an adorable dork who loves making silly faces, doing stupid voices, and flailing around for no reason. Case in point: these fan-taken photos of him goofing off behind the wing mirror of a military vehicle. 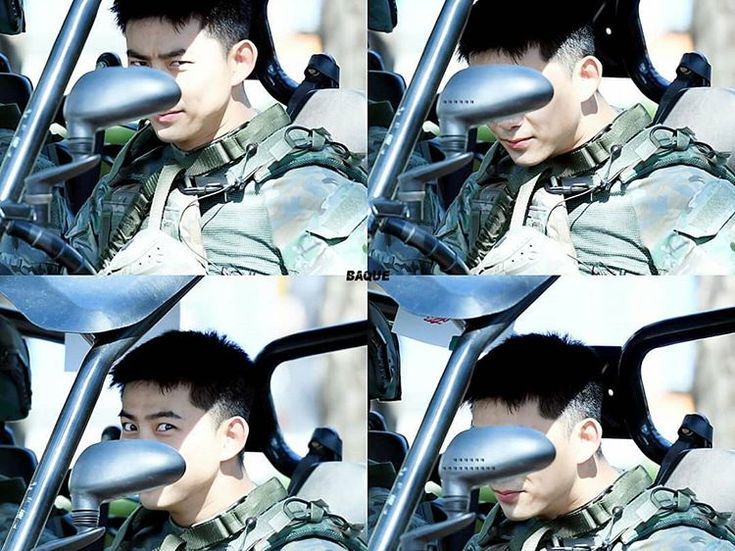 5. When we got to see him having fun during his downtime

We always worry for our faves when they head off to the military. It’s a huge life change that’s incredibly physically demanding, plus we don’t get many updates, so we can’t check in with them often. Luckily, with Taecyeon, that wasn’t the case. Throughout his service, we were blessed with chances to see him having fun. We love this video of him watching a basketball game with his fellow soldiers, lighting up the whole Goyang Gymnasium with his cheeky grin.

And who could forget that time he auditioned to join TWICE? While on leave from the military, Taec helpfully live streamed a karaoke session with his cousins, during which he gave his all to a performance of TWICE’s “Yes or Yes.” And when we say he gave his all, we mean he literally sang and danced himself into an exhausted pile on the floor of the karaoke booth. Ok Taecyeon, ladies and gentleman. The gift that keeps on giving!

6. When he showed support for his industry friends and juniors

During his service, Taecyeon decided not to renew his contract with JYP Entertainment, instead joining So Ji Sub‘s agency 51K to further develop his acting career. But time and again, Taec has proven he will always be part of JYP Nation. Last June, he shared a selfie on Twitter to show support for former Wonder Girls member Yubin, who was making her solo debut. Then in December, while on break, he attended the concert of his JYP juniors TWICE. He makes it so obvious he’s a TWICE fanboy.

We also love this little interaction Taecyeon had with MONSTA X‘s Shownu. In January, MONSTA X did a cover of 2PM’s “Heartbeat” at “Music Bank in Hong Kong,” which Taec admiringly shared a fancam of on Twitter. In the caption, he wrote, “So cool. You must have worked hard. If our junior artists keep tearing up the stage like this, will I be forced to do the same during our comeback tour? Hehehe.” Shownu soon responded with his thanks, asking, “Please keep watching us a lot in the future, hyung, hehe.”

7. When he always made time for his 2PM members

My brothers! I only wish you all good health and happiness! I love you guys!

Taecyeon’s commitment to 2PM runs deep, and it’s proven by the fact that he just keeps hanging out with them all the time! 2PM got together to ring in the new year 2018, and since then, Taec has been spotted one-on-one with all the members on various occasions. Even when they’re not together, he can usually be found roasting them on Twitter!

2PM gathered to see Taecyeon off when he left for the military, and then Nichkhun, Wooyoung and Chansung attended his military training completion ceremony. While on leave, Taec hung out with Jun.K, drove miles to visit Chansung on the set of “What’s Wrong With Secretary Kim,” and attended Junho‘s solo concert in Seoul, which made Junho burst into tears on stage. 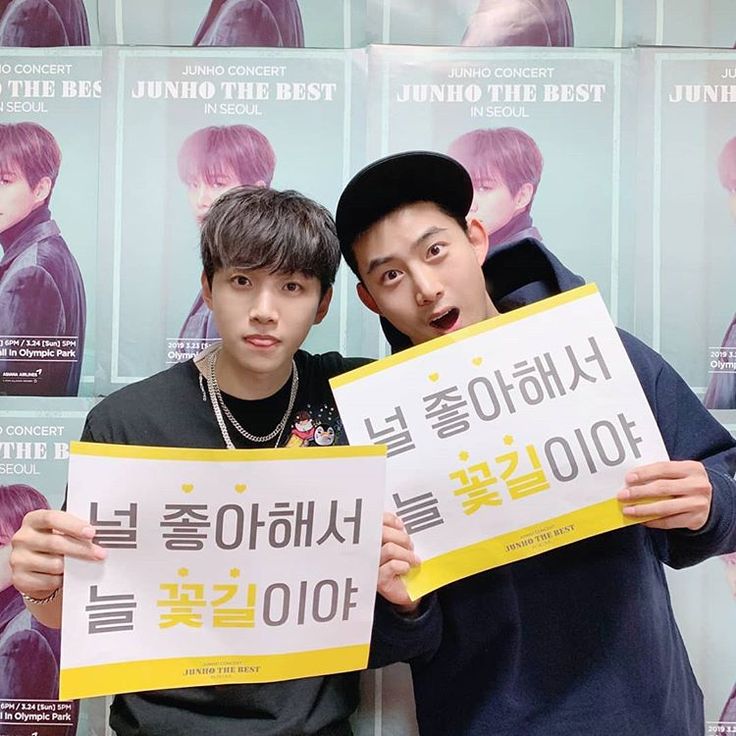 Whether on stage with 2PM, on screen in a K-drama, in the military or out, Taecyeon always shows up for his fellow members, his fellow soldiers, his fellow actors, and his fans. We’re so proud of him, and we can’t wait to see what he does next!

What’s your favorite Taecyeon moment, in or out of the military? Let us know in the comments below!

Soompi Spotlight
2PM
Taecyeon
How does this article make you feel?