Big Hit Entertainment, which houses Korean boy groups BTS and TXT, has announced their 2019 global auditions, which will be held in eight different locations around the world.

The first audition will be held in New York on May 18, with following audition dates through October in Toronto, Beijing, Shanghai, Taipei, Sydney, Bangkok, and Hong Kong.

Big Hit is currently looking for males born in 1999 or later with talents in vocals, rap, dance, acting, or modeling. 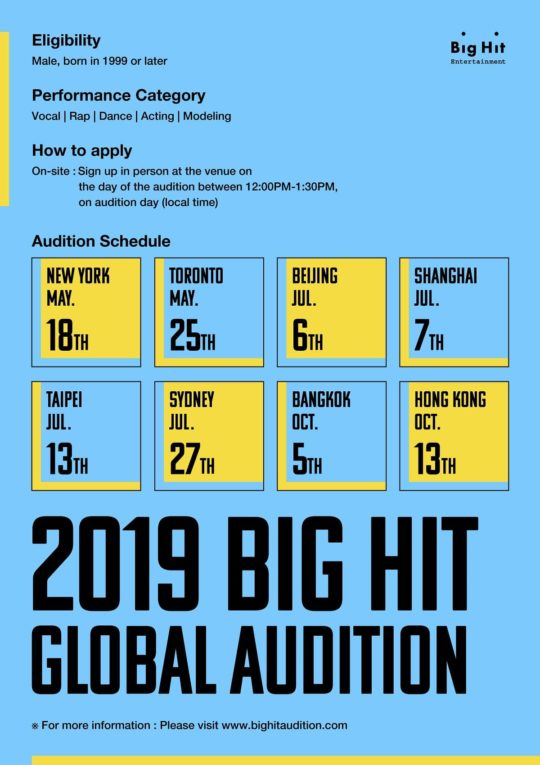 Meanwhile, Big Hit has teamed up with Mnet (CJ ENM) to launch the joint company BELIFT LAB, which will also be holding a global audition for a new boy group — comprised of males born between 1997 and 2008 — to debut in 2020.

Auditions for this collaborative project will kick off in Busan, South Korea on May 11, and will move to Seoul on May 26, Taiwan and Vietnam in June, Thailand and Japan in July, and the United States in August.

Big Hit Entertainment
How does this article make you feel?