From Reel To Real: 5 C-Drama Couples That Found Love On Set

Did you know that May 20 (shortened as 520) is one of the Valentine’s Day celebrations in China? It can be described as a Valentine’s Day invented by Chinese netizens and is celebrated mainly by millennials and young adults. 520 originated from the internet and is based on the pronunciation for “five two zero,” which sounds similar to “I love you” in Mandarin. So cute and romantic, right?

Despite not being an official holiday, 520 is very much a big deal in China. On May 20, marriage registration offices have huge long lineups of couples who want to get married on that special day. Also, hotels are booked up for wedding banquets and many parks, restaurants, and other various sites became popular places for men to propose to their girlfriends.

In addition to 520, China also celebrates the traditional Chinese Lovers’ Day (Qixi Festival) on the seventh day of the seventh month of the Chinese lunar calendar, as well as the Western Valentine’s Day on February 14.

In order to celebrate this special 520 day, we want to feature famous celebrity couples that first met and found love while filming on set. You can say they’re all couples who took their on-screen chemistry off-screen. They literally went from reel to real! 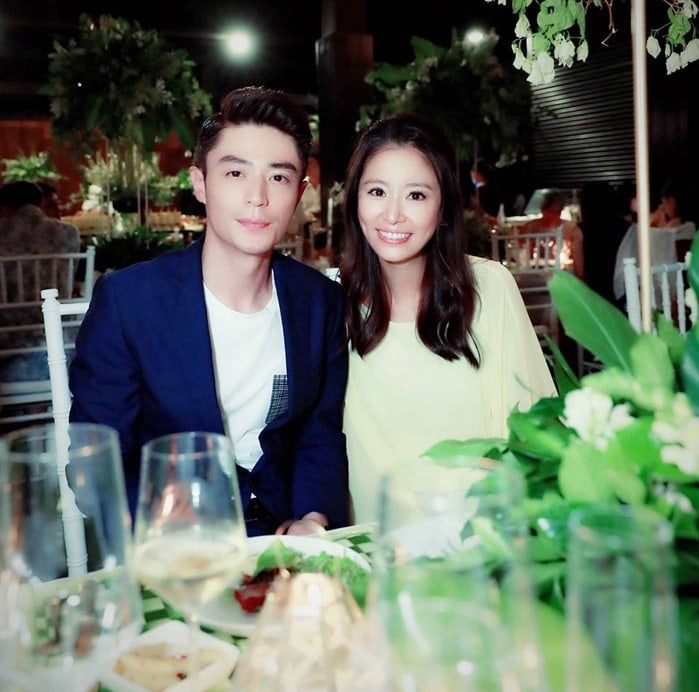 The long-time-best-friends-turned-lovers story is often found in dramaland and it can also be used to exactly describe Ruby Lin and Wallace Huo‘s love story. The two met on the set of the 2006 romance drama “Sound of Colors” and became best friends with their friendship lasting over 10 years. The two worked together again in the 2011 historical drama “The Glamorous Imperial Concubine,” which was also Ruby’s first project as a producer. Rumors sparked between the two, as Ruby also starred as the female lead in the drama and cast close friend Wallace as the lead actor. 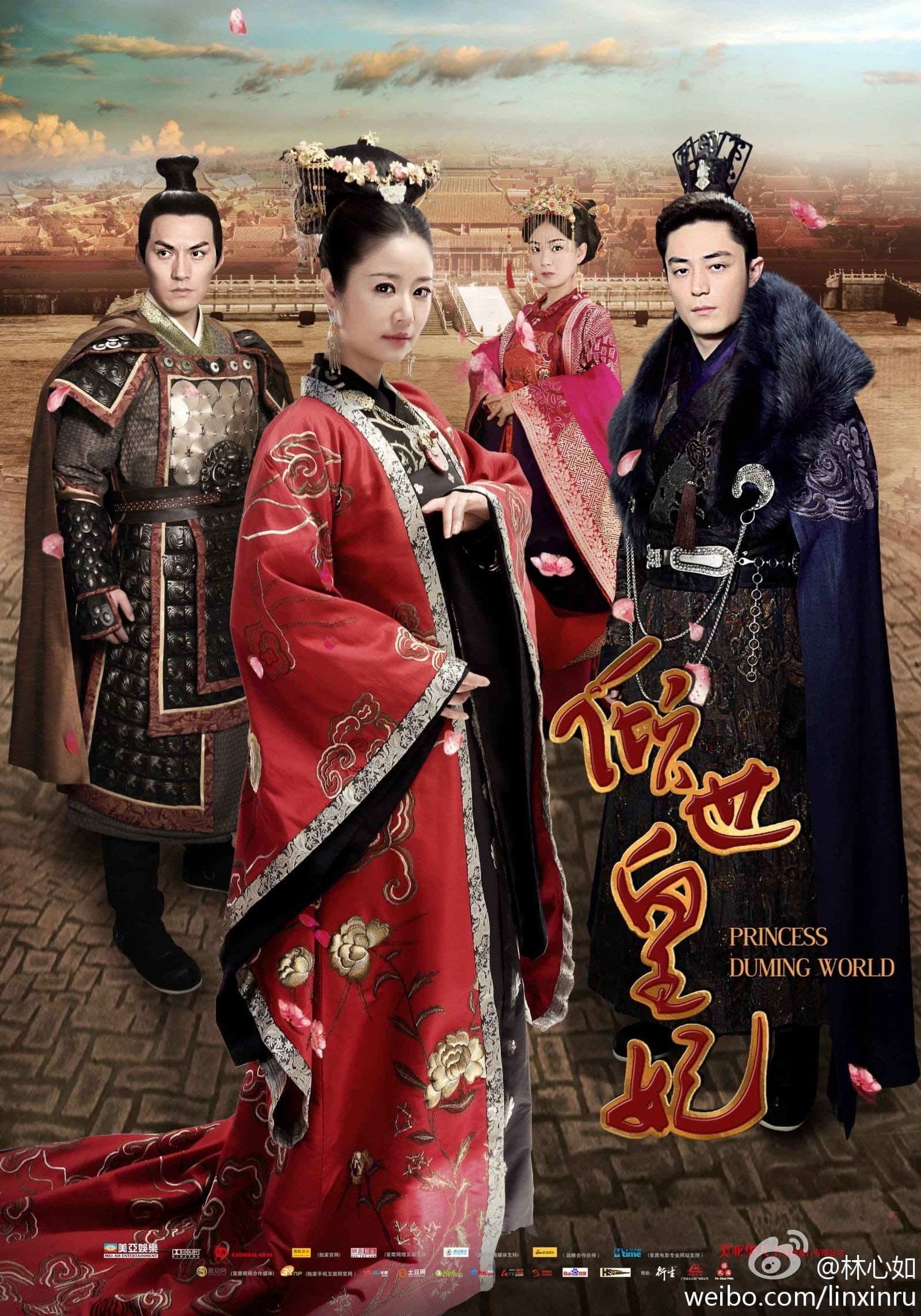 On May 20, 2016, the two shocked fans when they publicly acknowledged their relationship and got married in Bali, Indonesia the same year. It is no coincidence, the two announced their relationship through their social media on 520! Wallace Huo admitted during an interview that he had developed a crush on Ruby back in 2005 after they worked together in “Sound of Colors.” However, because they were such good friends, Wallace didn’t dare to confess because he didn’t want to ruin the friendship. Similarly, Ruby also admitted she was afraid to cross the line of friendship with Wallace as she believed friends can last forever, but lovers can separate. 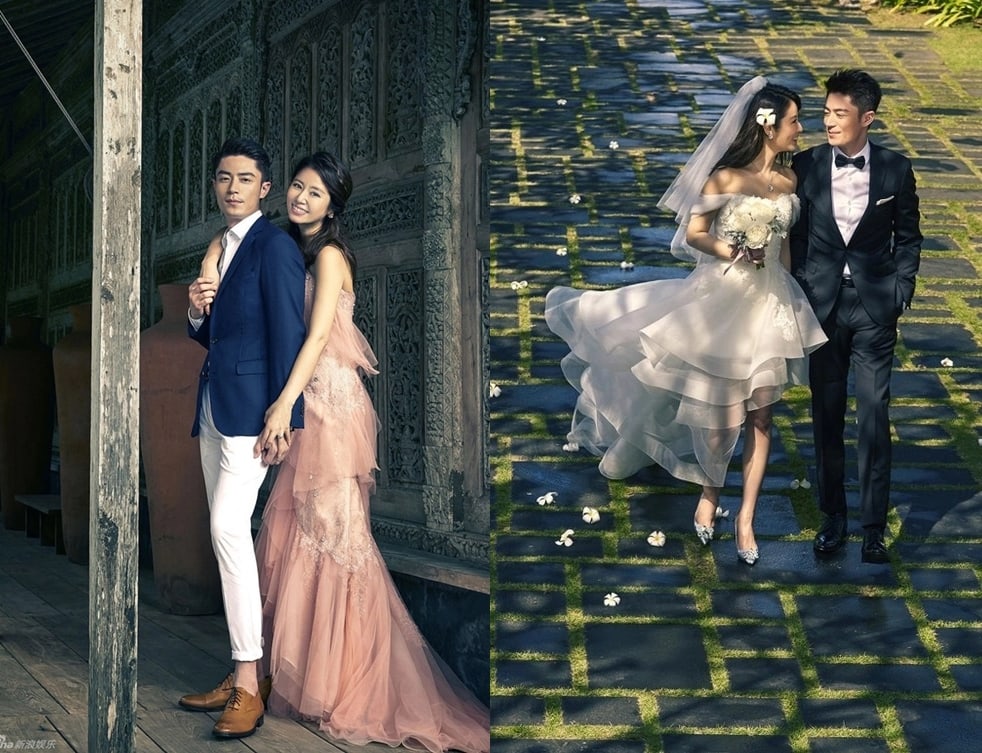 It was later revealed that in January 2016, Wallace finally worked up the courage to confess his feelings at Ruby’s birthday party, and the two officially became lovers. Wallace admitted that he dared to confess only after he reached a level of success in his career. The two have been happily married for three years and have a daughter nicknamed “Little Angel.”

Start watching the pair in “The Glamorous Imperial Concubine”: 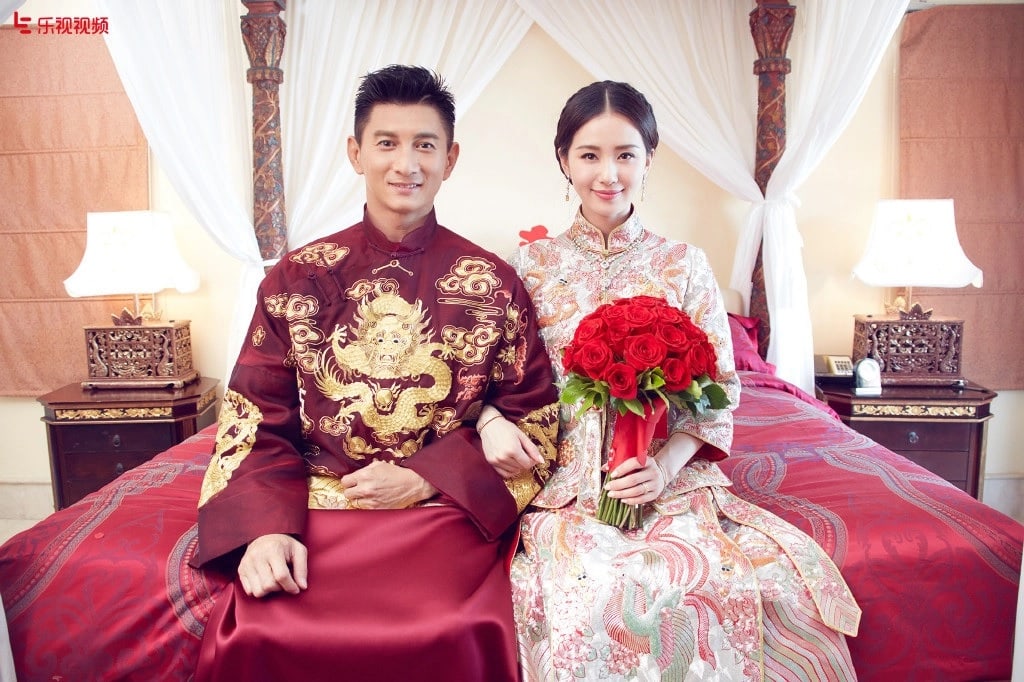 Our next “reel to real” couple is Liu Shi Shi and Nicky Wu! The pair starred in the 2011 monster hit drama “Scarlet Heart” and are well-known for their incredible chemistry. They went on to star in the sequel “Scarlet Heart 2” and in the historical drama “Incisive Great Teacher.” Seeing how the two filmed the dramas back to back, many fans hoped they would fall in love in real life as well. In November 2013, Nicky Wu finally admitted to being in a relationship with Liu Shi Shi in a Weibo post after he was spotted spending eight hours at Liu Shi Shi’s apartment in Shanghai. 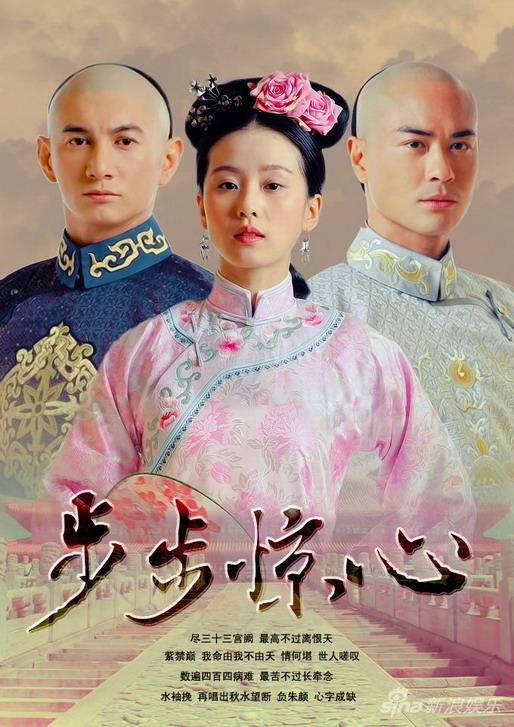 In 2015, the couple surprised everyone by announcing they were married. They had registered their marriage and shared the happy news on their Weibo. Nicky and Liu Shi Shi held their wedding banquet in Bali, Indonesia in March 2016. In order to give Liu Shi Shi a memorable wedding, Nicky spent 20 million yuan (approximately $3 million), which included booking six airplanes to transport flowers, equipment, and attire for the wedding ceremony. They had over 400,000 flowers flown directly from the Netherlands and Ecuador to decorate their exclusive beach-side wedding.

After four years of marriage, the couple welcomed the birth of their baby boy on April 27, 2019. 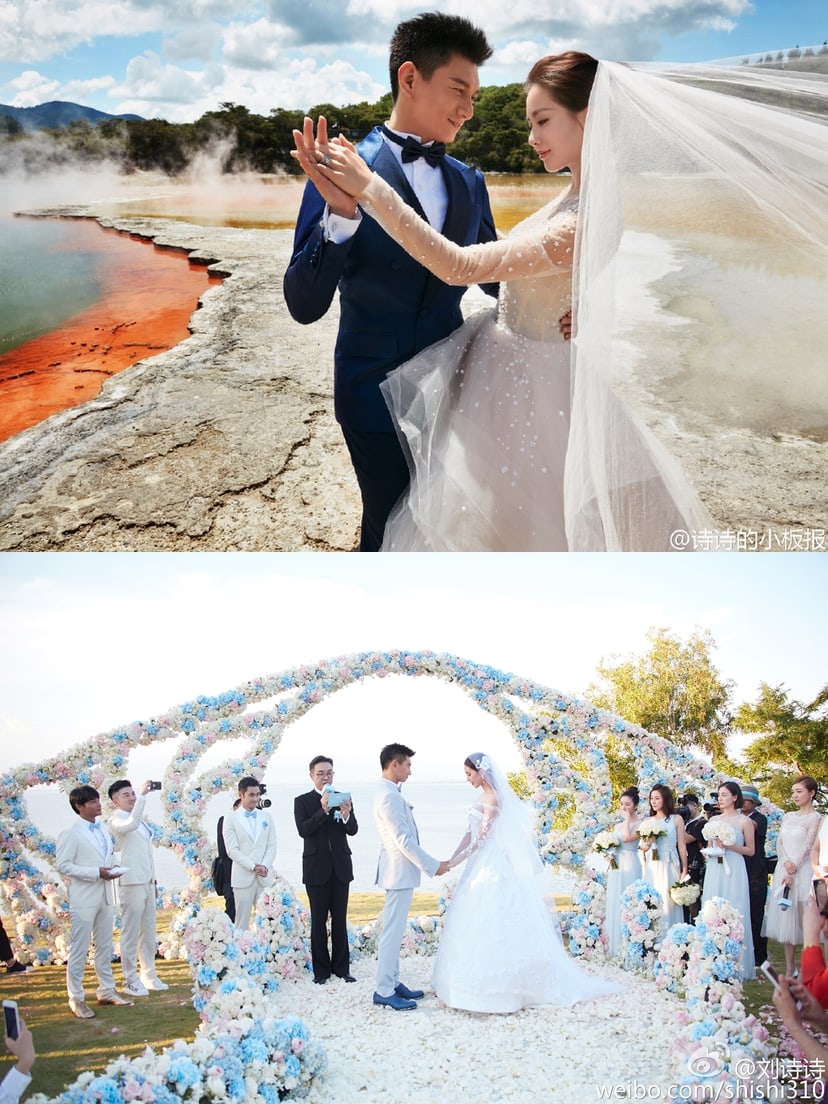 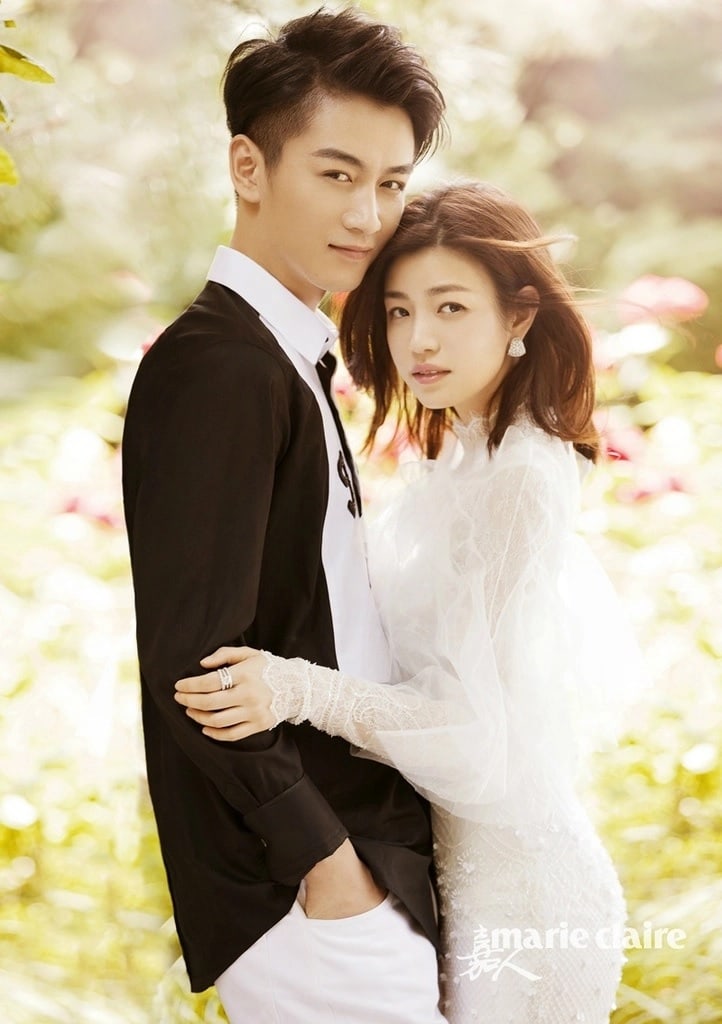 Michelle Chen and Chen Xiao fell in love while filming the 2014 drama adaptation of “The Romance of the Condor Heroes.” Their relationship moved at lightning speed, as the couple only dated for eight months before Chen Xiao proposed to Michelle while on vacation in Paris, France. Although Michelle is older than Chen Xiao by four years, Michelle expressed that she fell for Chen Xiao because he is a filial son, a highly attentive person, and has a great sense of humor. 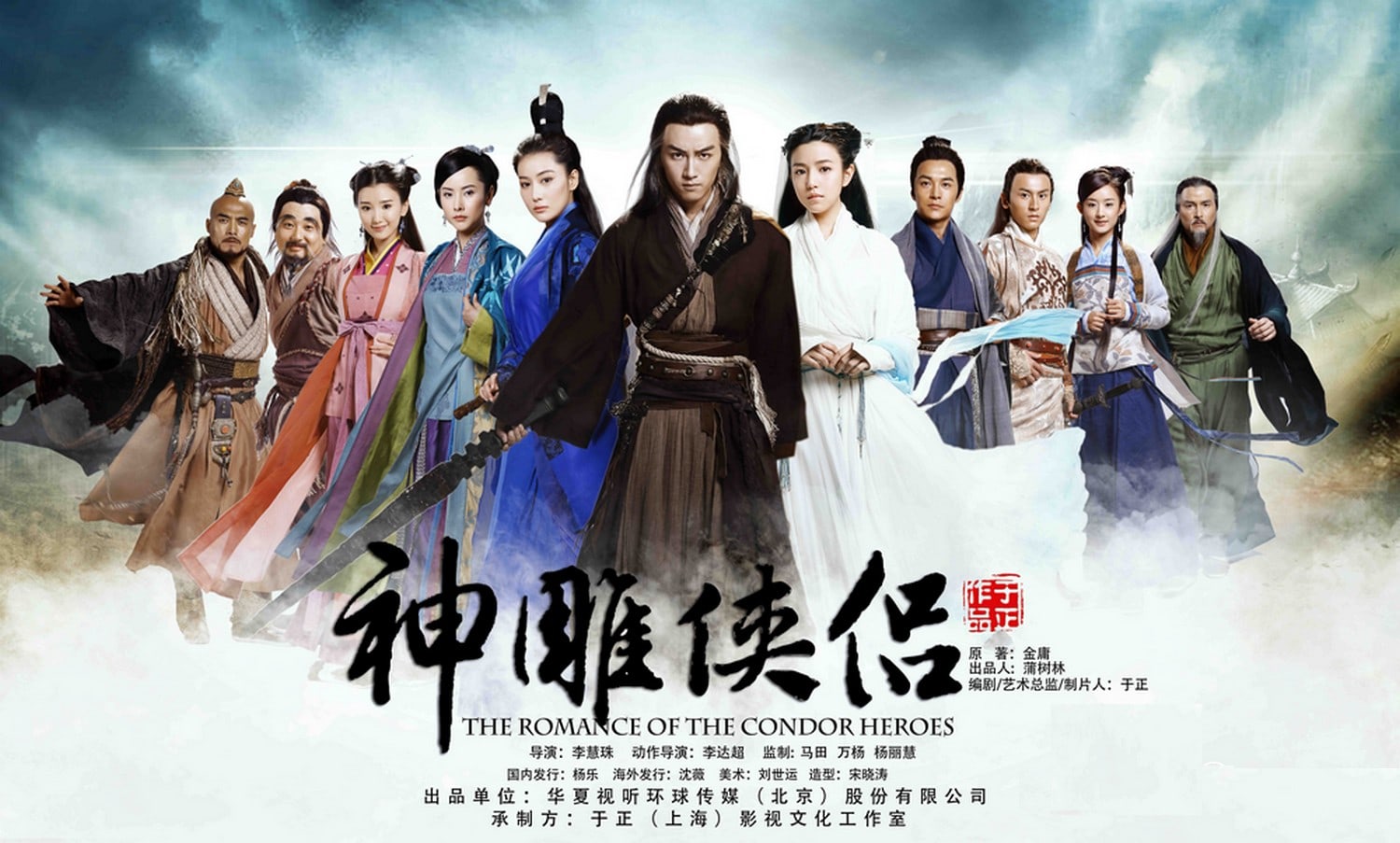 Did you know Chen Xiao is quite the romantic? Chen Xiao proposed to Michelle using a 3D figure of her character Xiao Long Nu from “The Romance of the Condor Heroes,” the drama that brought the couple together. Chen Xiao personally sketched the model plans for the figurine before getting it custom made, and then secretly brought it along with him to Paris. Along with the Xiao Long Nu figurine, he proposed to Michelle with a two-carat diamond ring valued at 1.6 million yuan (approximately $230,000). 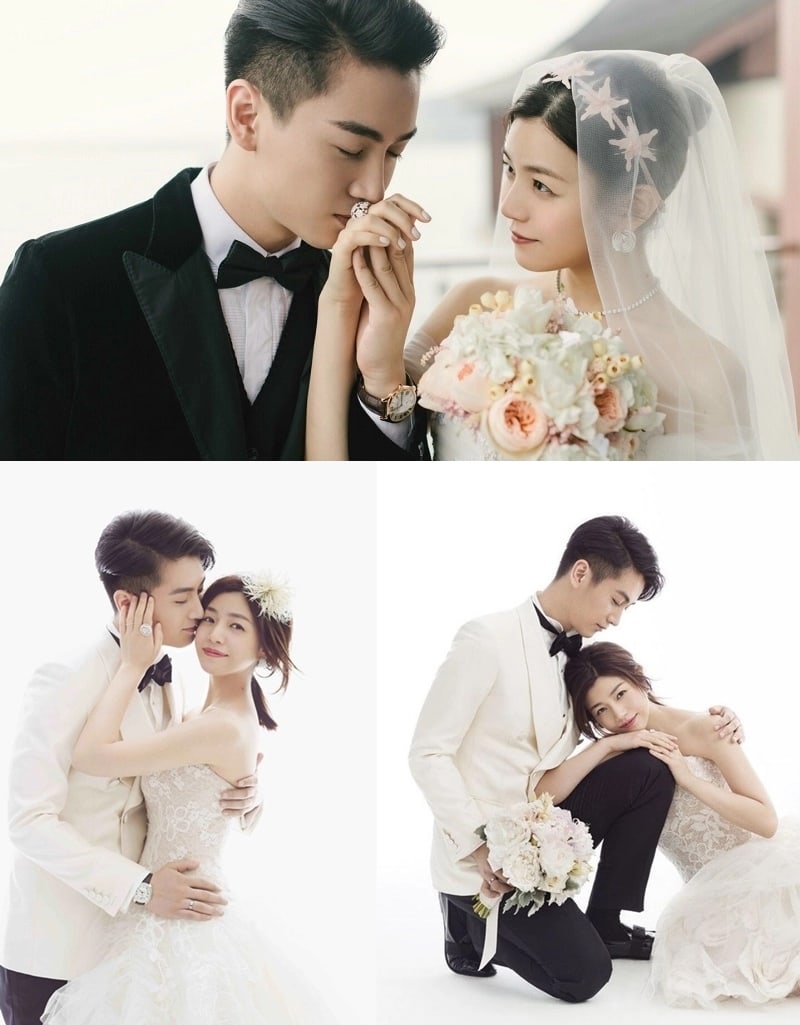 On July 5, 2016, which also happened to be Chen Xiao’s 29th birthday, the couple announced they officially registered their marriage. They held three wedding banquets in Beijing, Taipei, and Anhui. The happy couple also welcomed the birth of their son Chen Mu Chen on December 20, 2016. 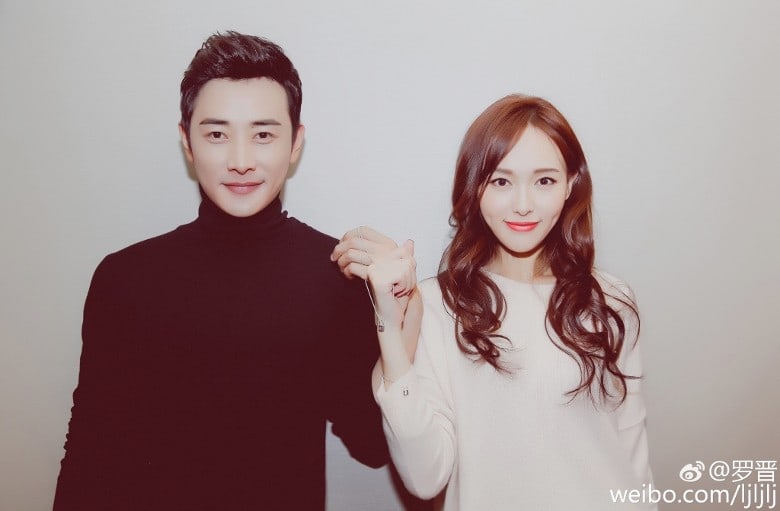 Our next fated couple Tang Yan and Luo Jin‘s love story can be described as a love-lost-love-found-again type of relationship. Tang Yan and Luo Jin briefly dated in 2013 when they filmed the drama “Agent X” but, broke up afterward. The two went on to star in more dramas including: “Diamond Lover,” “Princess Weiyoung,” and most recently “The Way We Were.”

It was the drama “Princess Weiyoung” that reignited the spark between the two and they learned to cherish each other even more. They kept their relationship a secret for several months, but the couple officially went public through Weibo on December 6, 2016, Tang Yan’s 33rd birthday. On the Chinese talk show “Close Distance,” Tang Yang opened up about how she fell in love with Luo Jin. The popular actress described Luo Jin as a warm-hearted person who always puts others first and himself last. He gives her a strong sense of security and her parents also approved of him. 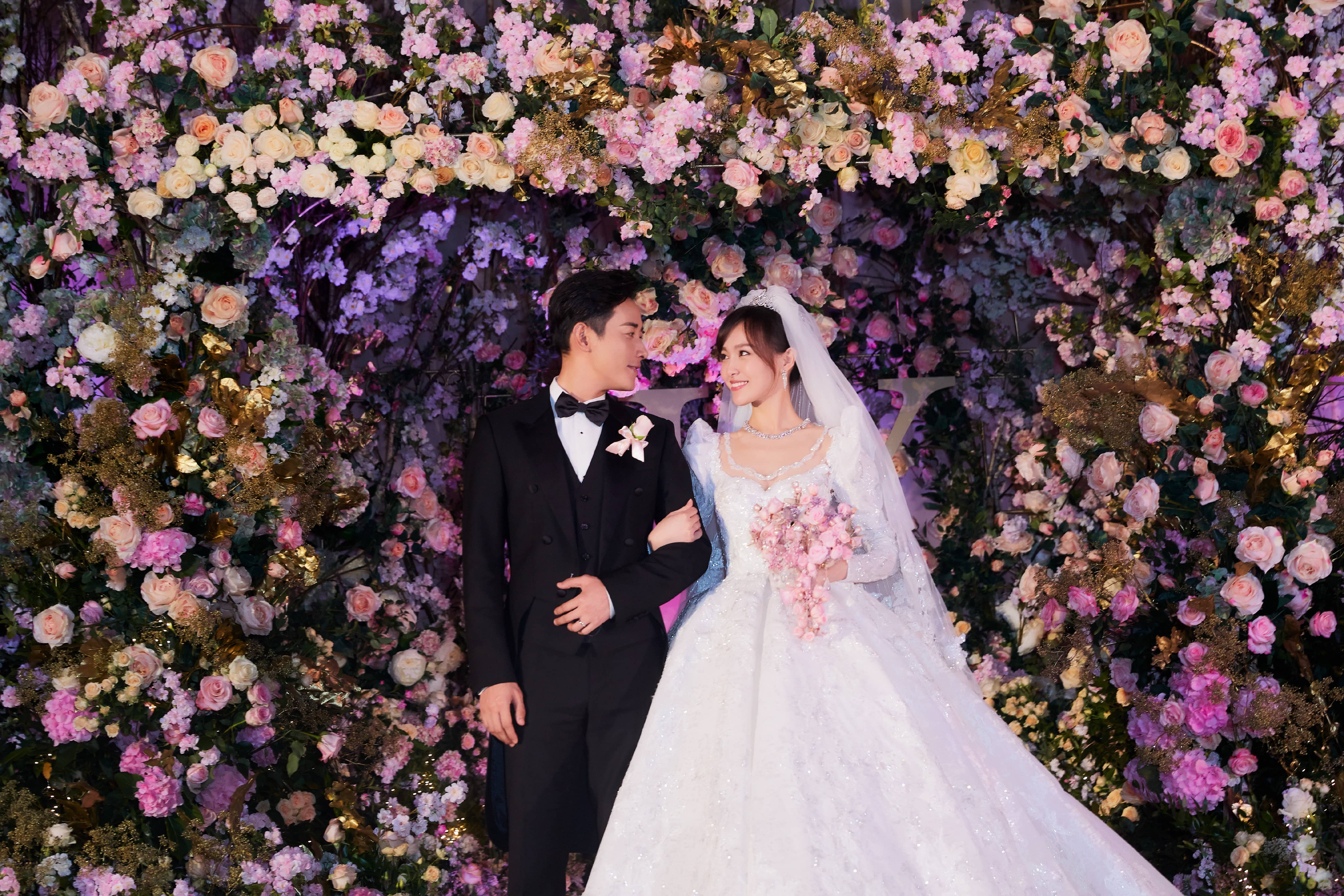 The couple held a romantic destination wedding at the Schloss Belvedere, a museum housed in the Belvedere Palace in Vienna, Austria with the wedding theme of a fairytale story between a knight and princess.

Start watching the pair in “The Way We Were”: 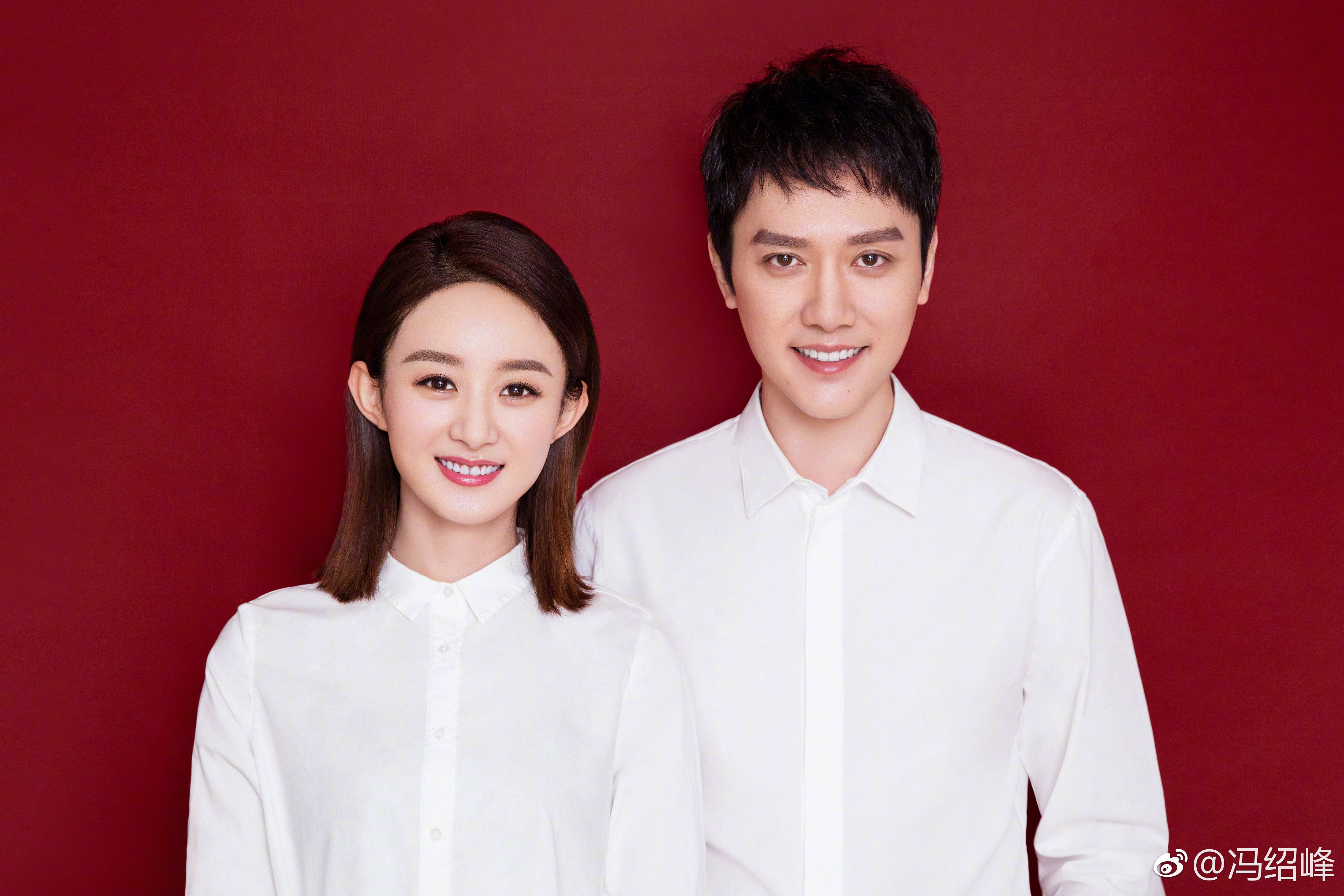 The last “reel to real” couple on our list is Zhao Li Ying and Feng Shao Feng. This duo has been more on the hush-hush side compared to the other couples. Zhao Li Ying and Feng Shao Feng first sparked dating rumors in 2017 after they worked together in the fantasy film “The Monkey King 3.” The duo was photographed on several occasions going on dates and wearing matching couple outfits. Despite being spotted on dates, the two always dodged the media when asked about their relationship. They also starred in the historical drama “The Story of Ming Lan,” which aired at the end of 2018. 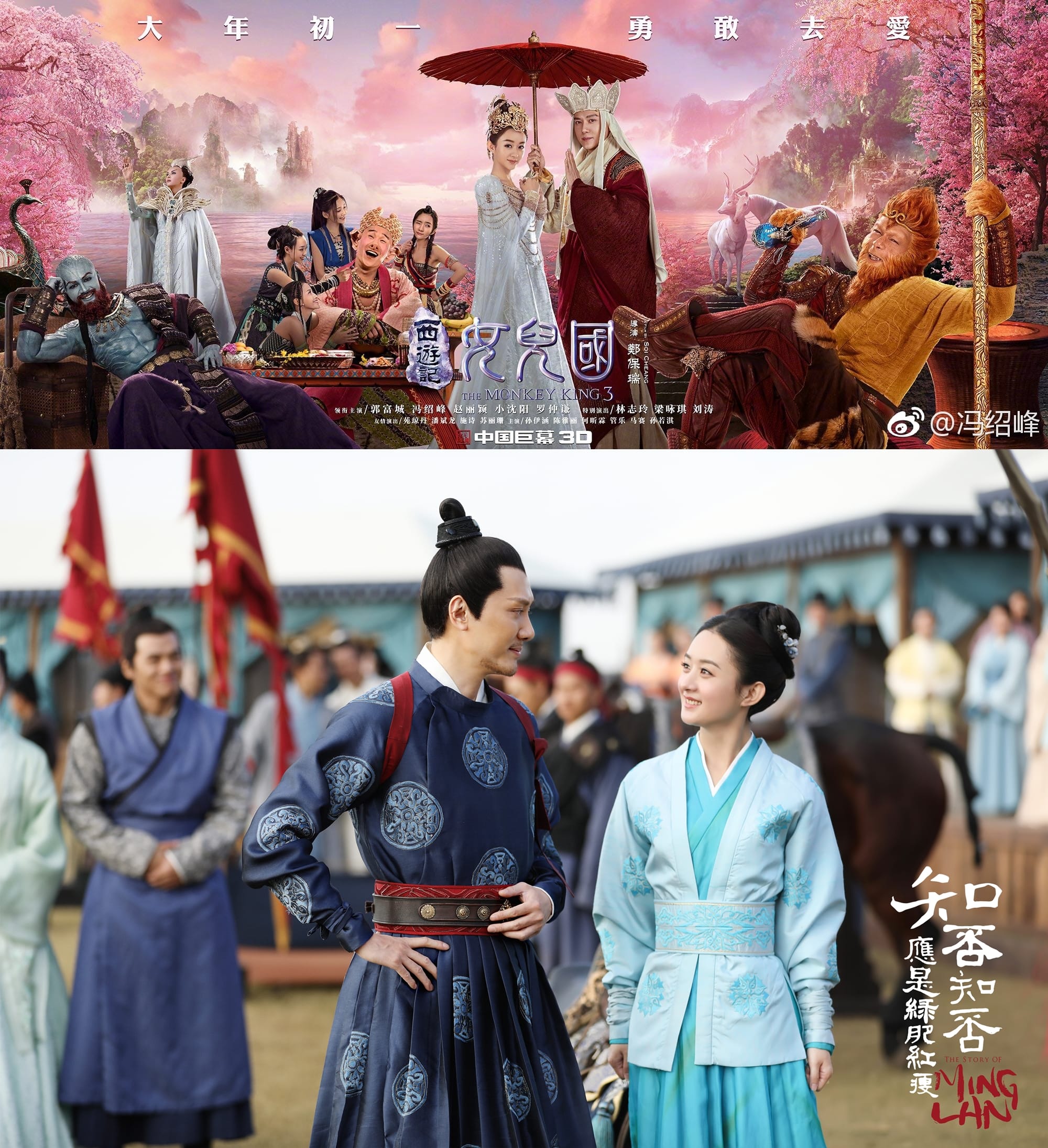 On October 16, 2018, Zhao Li Ying officially announced her marriage to Feng Shao Feng on Weibo, which also coincided with Zhao Li Ying’s 31st birthday. She uploaded a photo of the couple holding their small red books, indicating that they registered their marriage. In an interview, Feng Shao Feng admitted that the pair fell in love after collaborating on the “The Monkey King 3” and was already in a steady relationship during the filming of “The Story of Ming Lan.” Feng Shao Feng revealed it was a mutual attraction that led them to get together. 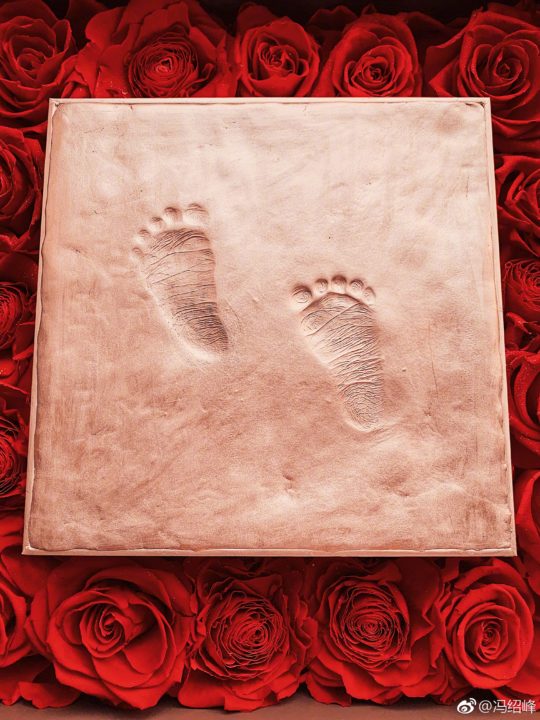 On March 8, 2019, Feng Shao Feng announced on Weibo that his wife Zhao Li Ying had given birth to a baby boy. The couple received an overflowing number of congratulatory messages from their fellow celebrity friends and fans.

Start watching the pair in “The Story of Ming Lan”:

Hey Soompiers, who is your favorite “reel to real” C-drama couple? Have you watched their dramas? Let me know in the comments below!

Currently watching: “Le Coup de Foudre,” “Destiny’s Love,” “The Brightest Star In The Sky,“ and “Put Your Head On My Shoulder”
All-time favorite dramas: “Nirvana In Fire,” “Queen In Hyun’s Man,” “A Witch’s Romance,” “Love O2O,” and “My Mr. Mermaid”
Looking forward to: “The King’s Avatar,” “Cry Me a Sad River,” and “Novoland: Eagle Flag”