The cast has been announced for the upcoming web drama “Anniversary Anyway” (literal title)!

“Anniversary Anyway” is a Naver V original web drama that tells the story of six teenagers who are experiencing first love as they each get ready to celebrate an anniversary.

Hongseok has taken on the role of a sharp-minded 18-year-old boy named Hong Woo Jae who is a hopeless romantic for Cha Se Yi (MOMOLAND’s Nayun). Gyujin will play Gong Doo Jin, a boy who finds love more difficult than everything else in the world.

In addition to the three, singer Minseo, model Lee Jae Suk, and actress Park Ji Ye are also confirmed for the drama. 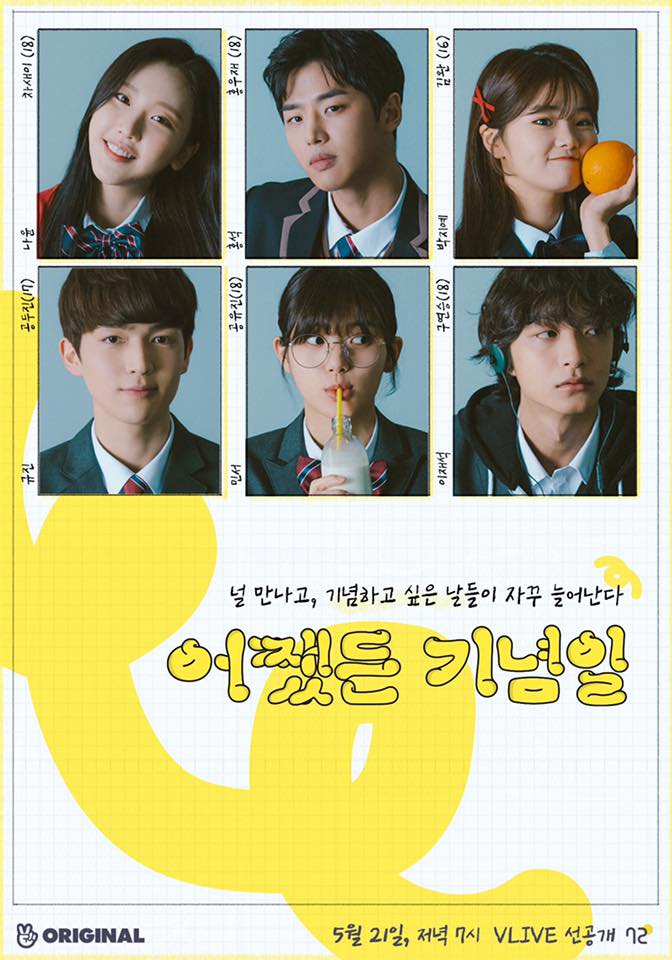 “Anniversary Anyway” will premiere on May 21 and air every Tuesday and Friday at 7 p.m. KST through Naver V Live.