Ailee opened up about her struggles with her weight and the misunderstandings she recieved because of it on MBC Every 1’s “Video Star.”

On the May 14 episode, the soloist explained her past living patterns that led her to put on weight. She described how she would be whisked off to her schedules as soon as she woke up and would always arrive back home late at night. She would then eat excessively for her first and only meal of the day.

She recounted being shocked and hurt by something a male senior told her. She commented, “He said, ‘What are you going to do? Are you trying to retire early?’ I thought all I needed to do was perform well. I’m a singer, but I thought, ‘Do I need to focus on my body more than my singing?'”

She added, “When I gained weight, people say I gained so much, and now people say I’m too thin. They tell me to do it in moderation, but I don’t know what their standard is. It’s so difficult.”

Ailee then talked about the period in which she had slimmed down to 49 kilograms for her comeback. She said, “At that time, I got depressed. It was so hard for me. Being the best at singing is my goal, but as I focused on my weight, I developed problems with my voice. I was diagnosed with vocal nodules, and treating it was difficult. I’m not a model, but I had to maintain my figure like a model.”

She further revealed a story behind a photo that made people think she quickly gained weight despite already losing it. She said, “During my showcase, my photo was taken and people were commenting, ‘What the heck, did she already gain weight within a few days?’ It turns out that someone had taken another photo and severely edited it to make it look like I was 38 kilograms. I felt so wronged. I worked hard to lose weight for my comeback [but people misunderstood].”

“Video Star” showed the edited photo (first photo below) and a picture of Ailee at her showcase (second photo). The hosts remarked on how she looked great in reality at her showcase too. 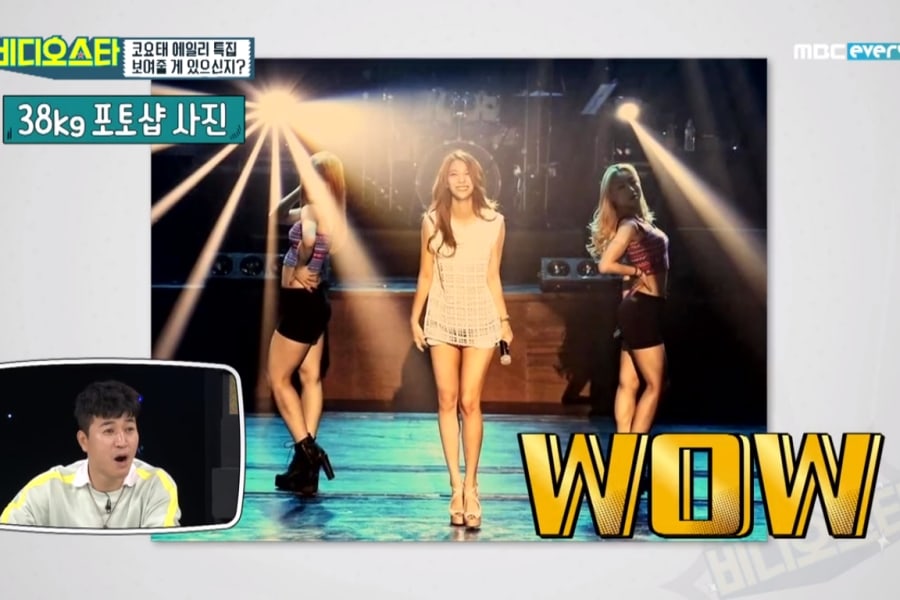 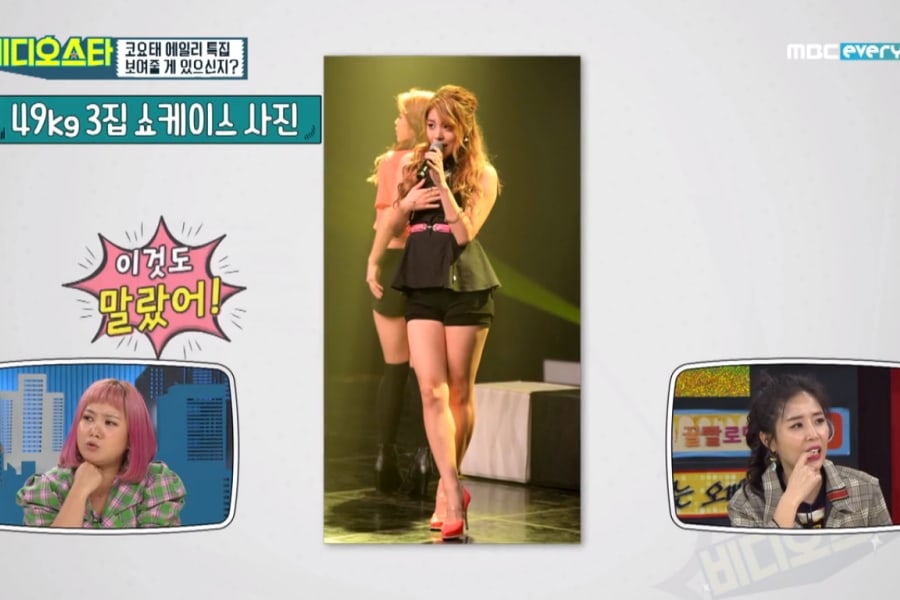 She also cleared up her statement on “Hidden Singer” last year. “There was a misunderstanding about when I tearfully said on ‘Hidden Singer’ that I wouldn’t focus on my weight,” she said. “I meant that I would love my appearance as it is, not that I would completely stop dieting.”

Ailee then discussed her path to healthy dieting, saying, “I’m not on a diet right now, but I’ve fixed my habit of eating excessively for one meal and am now eating three or four small meals. I found that I lost weight naturally through these healthy habits.”

Ailee
Video Star
How does this article make you feel?