The winners of the 14th Annual Soompi Awards were recently announced, and the award for Twitter Best Fandom went to EXO-Ls, who used the hashtag “#TeamEXO.” Soompi Awards was supported by Twitter this year for the award, and voting took place over two 24-hour periods. In that time, fans generated almost 95 million tweets to vote for their fandoms. Fans also officially made Twitter history by making #TwitterBestFandom the “Most Used Hashtag on Twitter in 24 Hours” Guinness World Records title from March 16 to March 17. #TwitterBestFandom was used 60,055,339 times during the span of those 24 hours. The map below shows how the voting lit up Twitter around the world.

EXO fans won with close to 40 percent of the total number of voting tweets, taking the crown of Best Fandom in the 14th Annual Soompi Awards! This is the first time that EXO has won this annual popularity award, showcasing the power of their global fan base on Twitter. In addition to this win by EXO’s fandom, EXO won Song of the Year with “Tempo” and the Latin America Popularity Award in this year’s Soompi Awards.

Check out the image below to find out the top 10 fandoms according to fan votes! 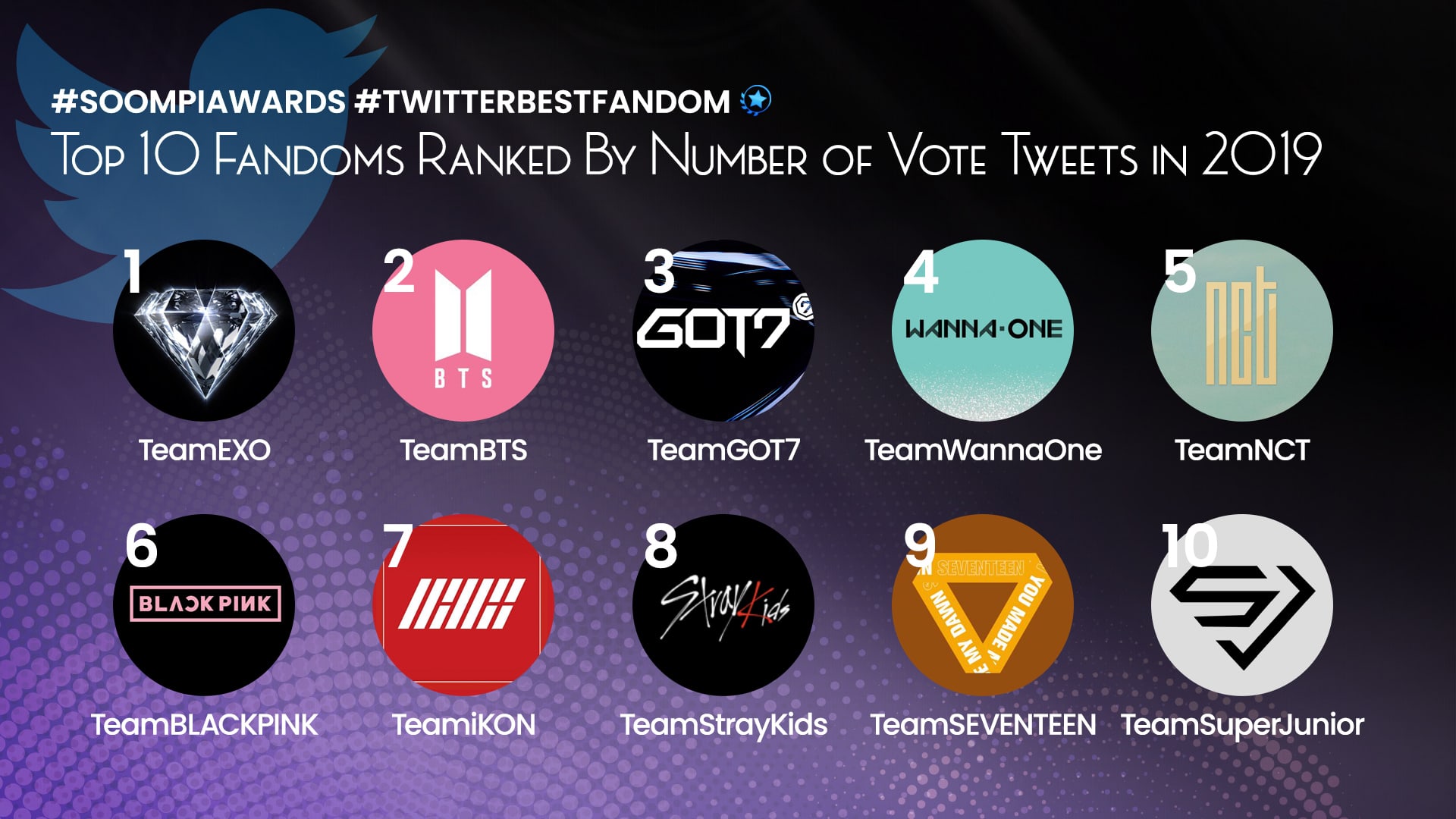 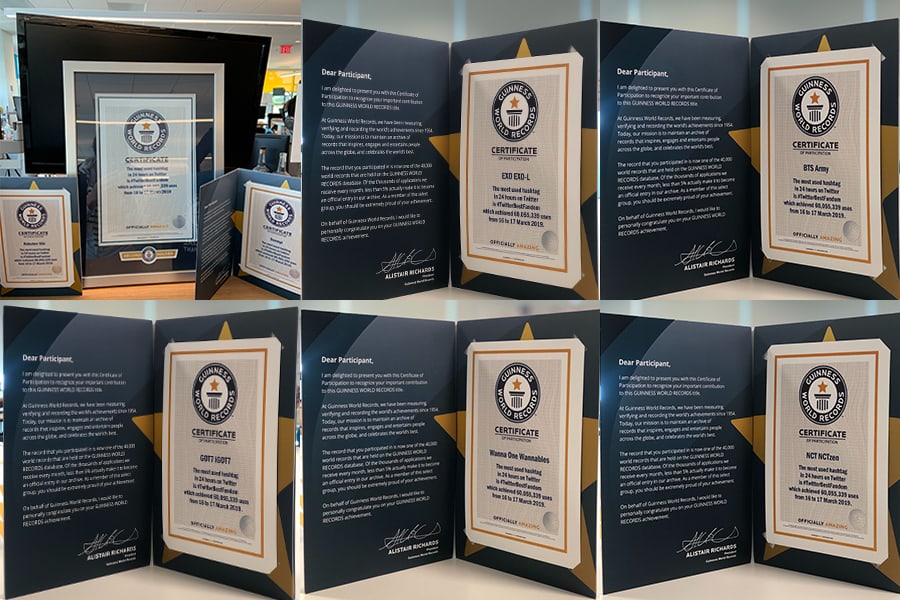 #TeamNCT received the distinction of being the first K-pop group to receive the new Twitter Rising Fandom award, having seen their total vote tweets rise by more than 50 times compared to 2018! This distinction recognizes the K-pop fandom that has grown the most on Twitter by comparing the total vote tweets for each K-pop artist this year to the total vote tweets for each K-pop artist last year. 2018 has indeed been a breakthrough year for NCT, and the growing number of NCTzens responded by showering them with love through their Tweets. In addition to this win by NCT’s fandom, NCT won the Breakout Artist award in this year’s Soompi Awards.

Check out the image below to see the top 10 rising fandoms! 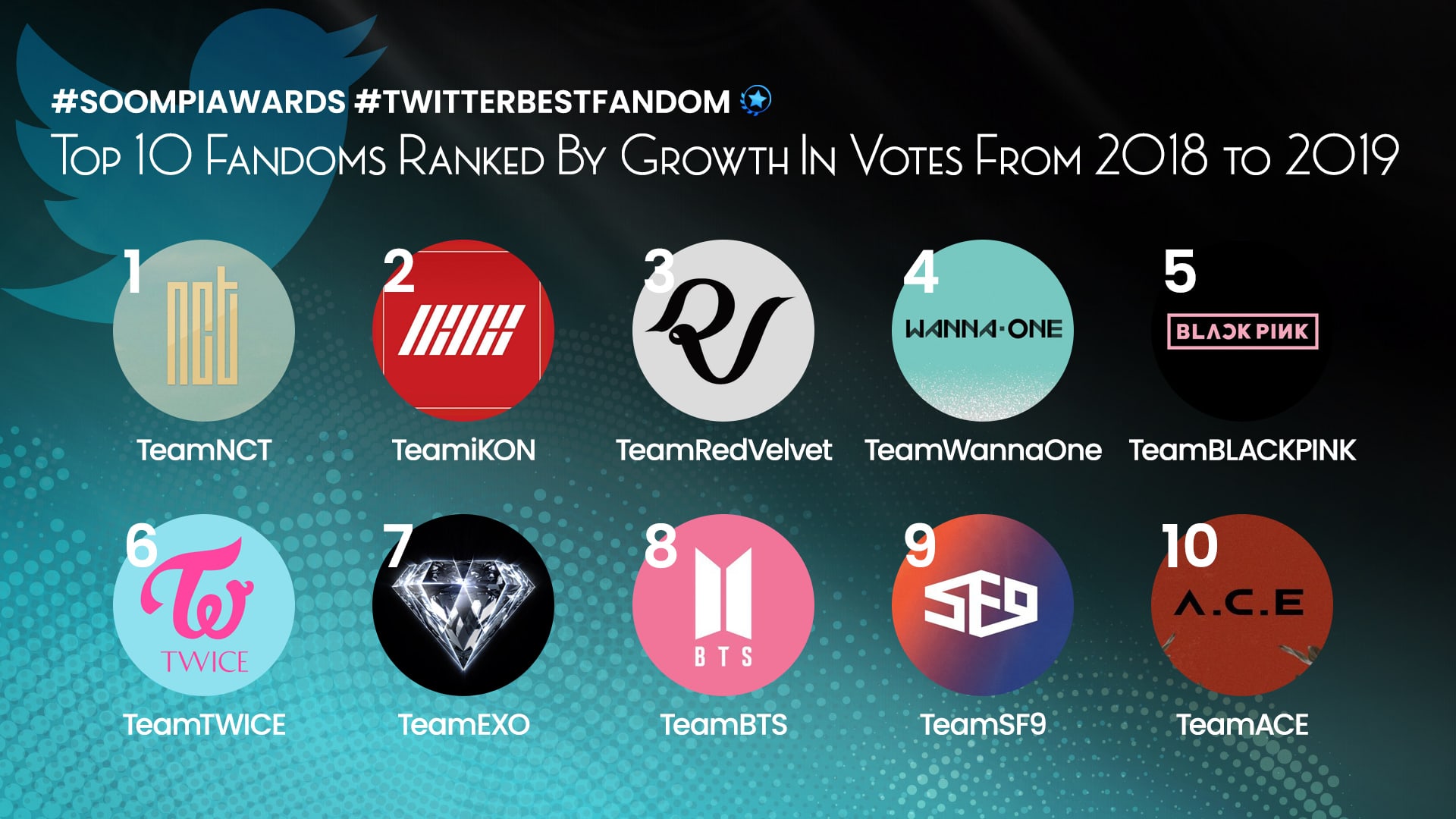