BTS’s J-Hope has made a generous donation to help out students in need!

On May 15, Jeonnam Girls’ Commercial High School held a ceremony to celebrate the scholarships provided by BTS’s J-Hope.

Choontae Academy stated that they decided to use the money to support Jeonnam Girls’ Commercial High School, which is also part of the foundation, with scholarships for five years. They revealed that they would give 500,000 won (approximately $420) to 10 students every year.

At the ceremony, 10 low-income students with outstanding grades and good conduct received the scholarship. 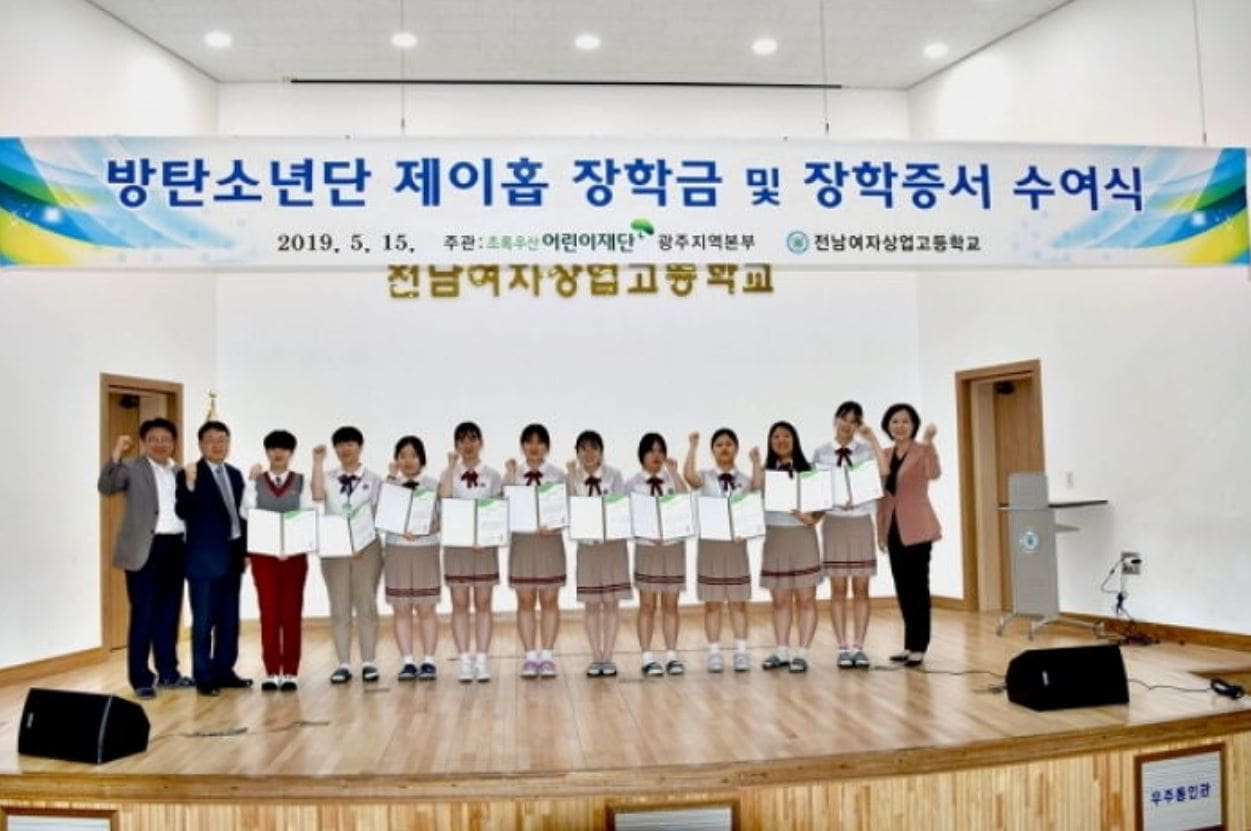 One of the students who received the J-Hope scholarship said, “I’ll focus on my studies, and after finding employment at a public institution, I also want to donate scholarships to my alma mater for my juniors.”

Despite his extremely busy schedule, J-Hope has taken the time to make a meaningful donation to help students who are facing difficulties. Currently, BTS is on their “Love Yourself: Speak Yourself” stadium tour around the world, and their next concerts will be at the Metlife Stadium in New Jersey on May 18 and 19.