Ryeowook discussed his career as a musical actor and a member of Super Junior in an interview with Sports Kyunghyang.

The singer recently starred in the musical “Sonata of a Flame,” which ended its run on May 12. In the musical, he portrayed a genius songwriter named “J” who finds musical inspiration through death.

“I laughed when I saw the script for ‘Sonata of a Flame,'” began Ryeowook. “I also graduated from an arts high school and studied songwriting, but killing for songwriting inspiration? That doesn’t make sense. I was curious as to how far I could express his madness. It’s a role that came to me right when I wanted to act out complicated psychology.”

Ryeowook was praised by viewers for his portrayal, and some described it as his best role. “Luckily, I was given a good role every time I appeared in a musical,” said the singer. “I think the statement that I met my life’s best character is one way of expressing praise. But isn’t it too early to discuss my life’s best character?”

He continued, “There are times when I immerse myself in my character and forget about the audience. During those moments, I experience a strange feeling of warm air embracing my body. I realized that’s the charm of performing on stage. One time, I was so focused that during a scene of self-harm, I actually scratched myself with the knife prop and got hurt.”

Ryeowook also shared his thoughts on wanting to be acknowledged as a musical actor. “In the audience, there are Super Junior fans and musical fans, so there’s some pressure about having to fulfill all of the skills and duties of a musical actor,” revealed the singer. “I’m thankful that they’re saying little by little that I’m doing well, but I hope that more people will come to see just the musical actor Ryeowook. We performed once in Japan, but I continued to read the script even when I returned to Korea.” 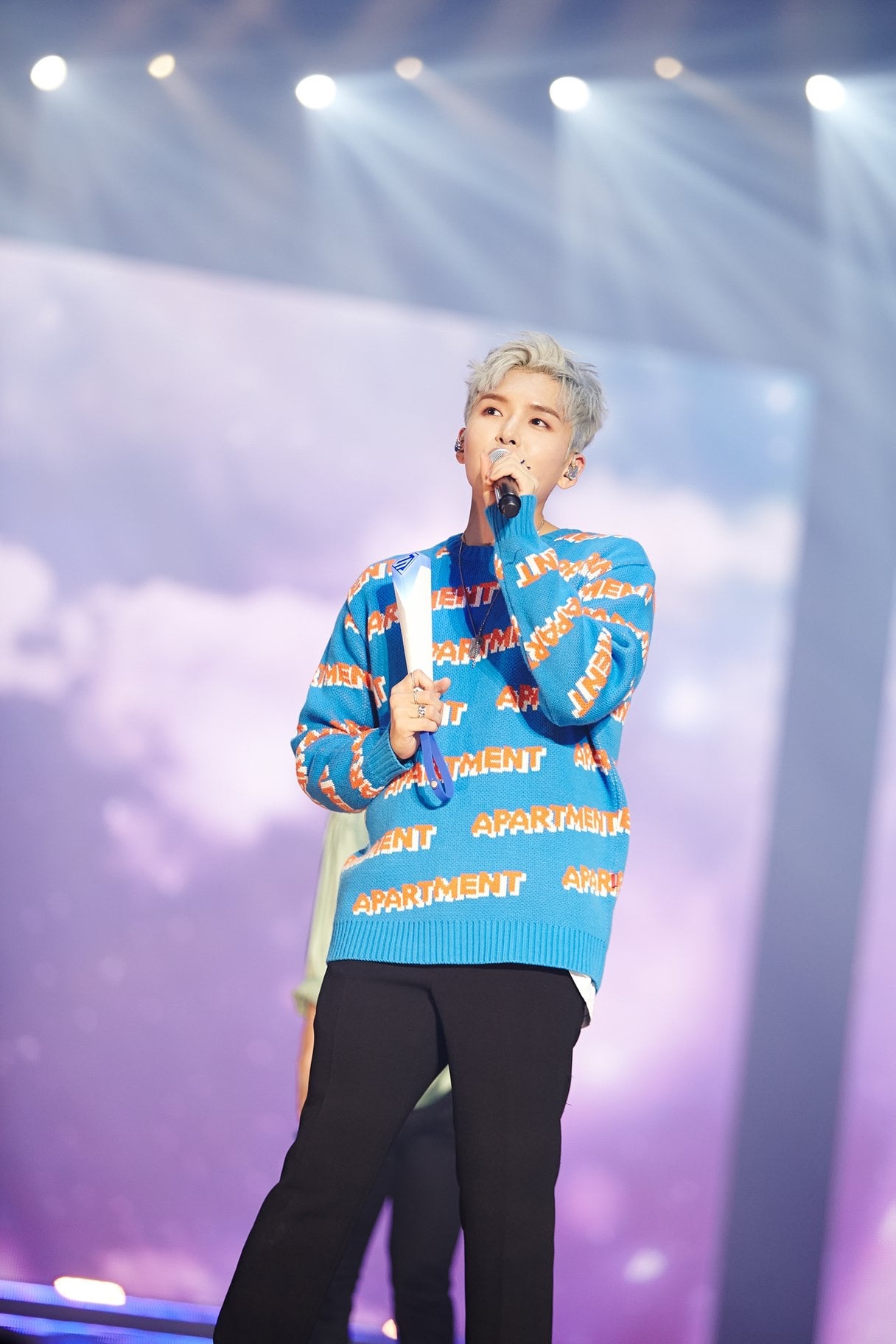 Looking back on his 14 years as a member of Super Junior, Ryeowook commented, “Many things happened. We were the first idol group to hold a solo world tour and set countless new records. I think ‘Sorry Sorry,’ the fandom, and luck worked perfectly together. That impact gave us the motivation to promote until now and I’m thankful for it. When I see junior artists working hard abroad, I feel proud and happy.”

About his personal transformations, he said, “The biggest change is that there are many people I’m responsible for. In the past, I wasn’t that grateful and thought that it was obvious that I would be taken care of. Now I think that it might not be such an obvious thing. This might be cheesy, but I send voice messages to the members because I want to contact them first and tell them with my voice. Whenever that happens, the members call me ’emotional Ryeowook.'”

He added, “I think Super Junior’s ‘style’ is that we respect and accept everyone’s opinion. The members don’t have any prejudices against one another. We have the personality where we’re open to all possibilities, so we aren’t limited to one genre and can do a variety of music from dance, ballad, rock, EDM, and trot. So it’s fun when listening to a full Super Junior album because you can hear music from various genres.”

Now that Kyuhyun has been discharged, all members of Super Junior are finished with their military duties. “I heard that Kyuhyun is working hard at running and losing weight,” said Ryeowook. “And he brags by saying, ‘I look pretty good, right?’ Everyone is looking forward to a full album. We have plans to release an album as a whole group in the second half of this year and hold an event or tour. Everyone is so individually busy that we’re compromising and adjusting to promote together. Please look forward to it.”

The Super Junior member ended with a final message to the fans who have been with him for 14 years. “There are probably people who are resting after being exhausted from life at times,” concluded Ryeowook. “I hope that you’ll relieve stress by coming to a performance or musical when you sometimes think of me. I want to remain as someone who cheered on my fans from beside them.”