Gaon Chart has revealed its chart rankings for the week of May 5 to 11!

After achieving a triple crown on last week’s charts, NU’EST continued their reign over the physical album chart with “Happily Ever After” for the second consecutive week. INFINITE’s Nam Woohyun‘s new solo mini album “A New Journey” debuted at No. 2 on this week’s chart, followed by The Boyz’s “Bloom Bloom” at No. 3, Oh My Girl’s “The Fifth Season” at No. 4, and BTS’s “Map of the Soul: Persona” at No. 5. 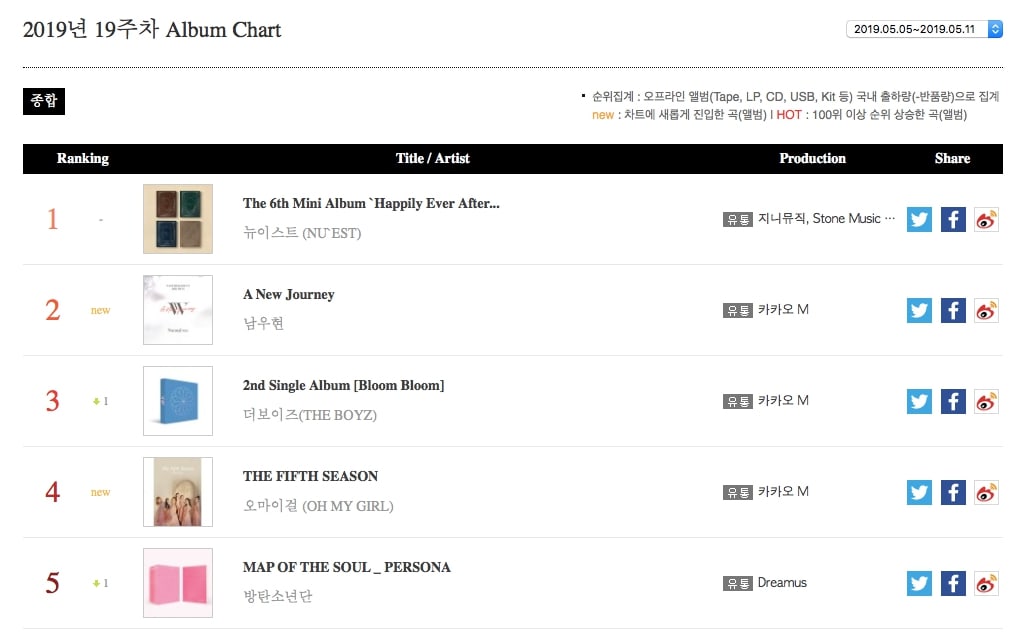 Park Hyo Shin’s new single “Goodbye” debuted at the top of this week’s overall digital chart, with JANNABI’s “For Lovers Who Hesitate” maintaining its position at No. 2. BTS’s “Boy With Luv” (featuring Halsey) came in at No. 3 on the chart, followed by TWICE’s “Fancy” at No. 4 and BOL4’s “Bom” at No. 5. 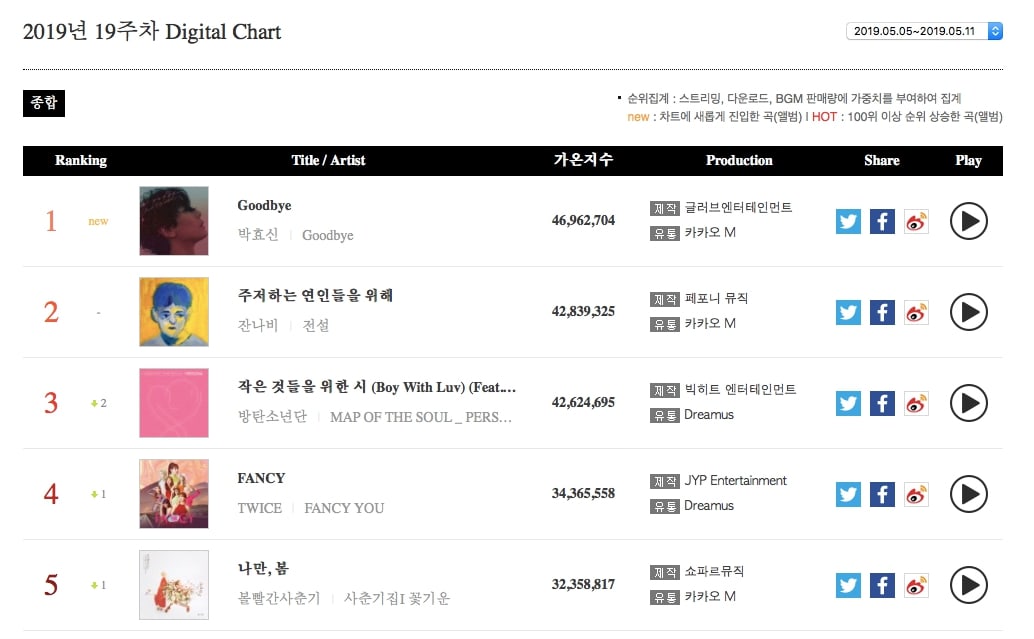 Park Hyo Shin’s “Goodbye” also topped this week’s digital download chart, with EXO’s Xiumin’s solo SM STATION track “You” debuting at No. 2. NU’EST’s “BET BET” stayed strong at No. 3, with JANNABI’s “For Lovers Who Hesitate” and BTS’s “Boy With Luv” rounding out the top five. 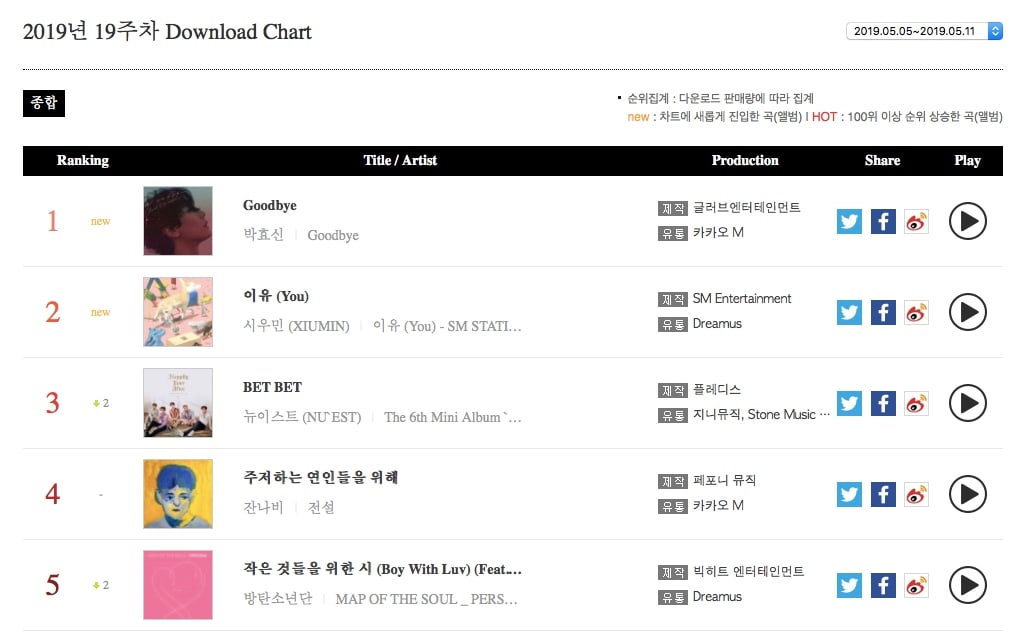 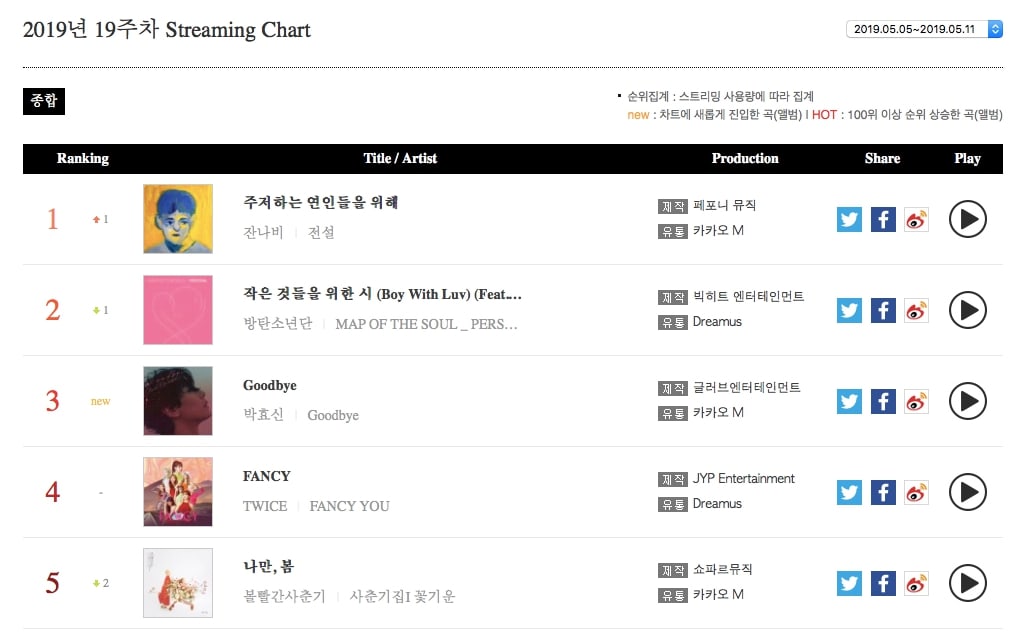 BTS’s “Boy With Luv” successfully defended its position at the top of the social chart this week, with TWICE’s “Fancy” also holding onto its spot at No. 2. Park Bom’s “4:44” (featuring MAMAMOO’s Wheein) shot up to No. 3 on this week’s chart, while Oh My Girl’s new title track “SSFWL” debuted at No. 4 and BTS’s “DNA” remained at No. 5. 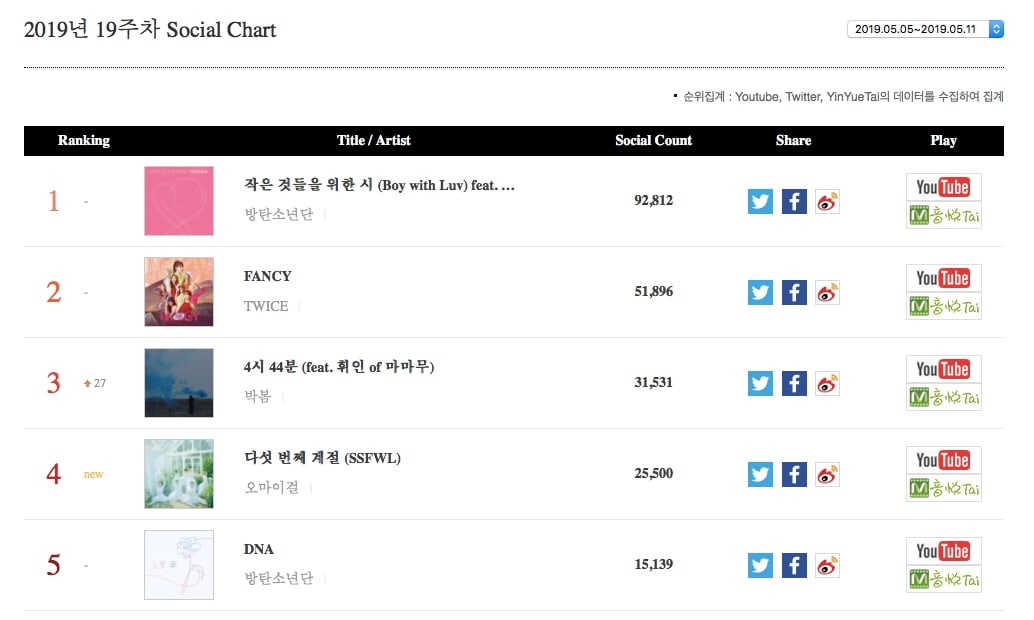